The months of speculation are over, the speeches have been uncorked and the parties have ended (though we'll never know with that Jared Leto guy). What went down at last night's Academy Awards? In short, a whole lotta sincerity.

By that, we refer to 12 Years a Slave, last night's Best Picture winner, a substantial, R-rated movie that many wanted to see win, but cynicism kept those hopes in check. Its victory must be attributed to passionate AMPAS voters who stuck with it through thick and thin, beyond the lure of several sexier contenders. It's hard to be the frontrunner for months—yet not impossible.


2  American Hustle: It was fun while it lasted.

David O. Russell's explosively entertaining crime comedy seduced the Academy with an impressive 10 nominations, but now joins the frustrated company of Gangs of New York and the Coens' 2010 remake of True Grit by losing all 10 of its bids. Not that this reflects so badly on the film (that's a ton of noms), only that most voters saw Hustle as merely a one-night stand.


3  Even pizza-delivery jokes are better than Seth MacFarlane.

Enormous goodwill from the starry crowd and Ellen DeGeneres's serene sense of confidence lifted her shtick to effective hosting, even if much of it involved deadpanning her own costume changes. Clearly, producers wanted Ellen out in the crowd, a gambit that didn't quite humanize the celebs (does it ever) as much as made you wonder: How long has it been since Harrison Ford enjoyed a slice?

An air of inevitability accrued around the four actors who prevailed, but their non-Gwynethy moments at the podium were worth it. Best Supporting Actor Jared Leto thanked his mother (in attendance) who raised him solo, while Best Actress Cate Blanchett expressed gratitude to Woody Allen, scandal be damned. None of them feigned shock or surprise, a refreshing relief, not even 12 Years a Slave's Lupita Nyong'o, who big-upped Yale, her alma mater. And Matthew McConaughey managed to deliver the message of striving to be your own hero, in a way that wasn't self-aggrandizing. How'd he do that?


5  Spike Jonze has learned a thing or two from Charlie Kaufman.

Arguably the biggest gasp of the night, Jonze's Her script won the Original Screenplay award, a prize that was presumed to be one of American Hustle's easier gets. The easy-going writer-director thanked the Academy for recognizing his movie's intimacy; elsewhere in the telecast, Karen O. tenderly performed the film's nominated musical number, "The Moon Song," to a simple guitar accompaniment, unwittingly creating the most emo moment in Oscar history.


6  You can't escape the weight of Gravity.

Winning seven of its 10 nominations, including Best Director for Alfonso Cuarón, the space adventure's triumph in a major category may represent a significant shift in the voting constituency: younger, peopled by more technical wizards than ever. (Consider the mere four nominations for 2001: A Space Odyssey, which only collected one award for visual effects.) It didn't quite make it to the top, and that still speaks to the dominance of the acting branch within AMPAS.


7  Are the cracks starting to show in the Jennifer Lawrence love parade?

Lovably, she tripped on her way to the podium to collect her Oscar last year for Silver Linings Playbook. When she tripped again this year, preshow, on the red carpet, Lawrence found herself facing a backlash: really? Ellen took her to town in a quickly improvised bit, and when the Hunger Games star came out to present the award for Best Actor, she gamely rolled with a few laughs at her own expense.


8  Of course they forgot someone in the In Memoriam segment.

These days, the Twitterverse launches into disapproval almost immediately—no Dennis Farina or Cory Monteith?—but this year, the rather elegant tribute was followed by a brassy version of “Wind Beneath My Wings,” lunged by Bette Midler herself. Either the mood was utterly spoiled by the Beaches belter, or you succumbed to a teary mess on the couch. Your mileage varied.

After 25 minutes, only one award had been bestowed. Lengthy segments were devoted to “Hollywood heroes”: action stars, animated characters and dramatic powerhouses of yore. As if all of this wasn't infuriating enough, Pink sang a version of “Somewhere Over the Rainbow” without being suspended in the air, Cirque du Soleil-style. How does that even qualify as a proper Pink performance? (If you're wondering why, it was the 75th anniversary of The Wizard of Oz.)


10  Nothing beats a randomly captured moment of euphoria.

Bill Murray pumped his fist and flew to his feet after singer Darlene Love commanded the stage with some bluesy verses while accepting the documentary award for 20 Feet from Stardom. (Later, while reading off the cinematography nominees, Murray shoehorned in an unscripted mention of his late colleague Harold Ramis.) Another moment of unmitigated joy: Director Steve McQueen could be seen arms over his head, jumping up and down, after he and producer Brad Pitt accepted 12 Years a Slave's award for Best Picture. Go ahead, Steve, you earned it. 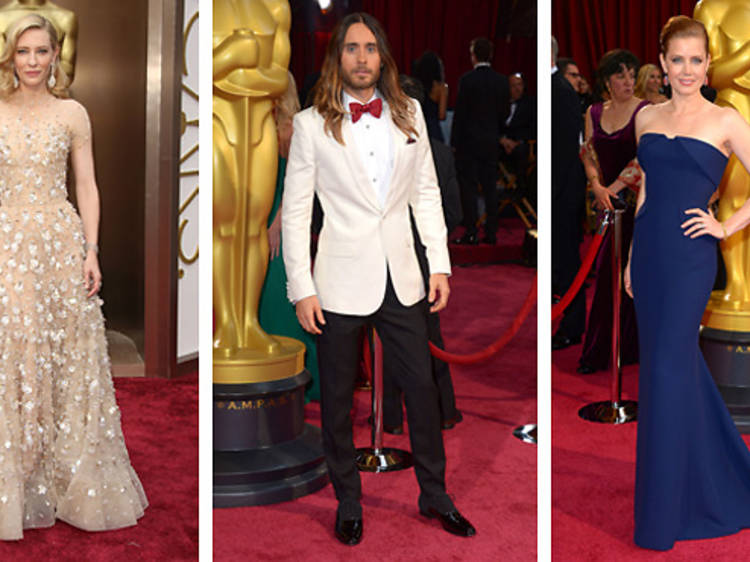 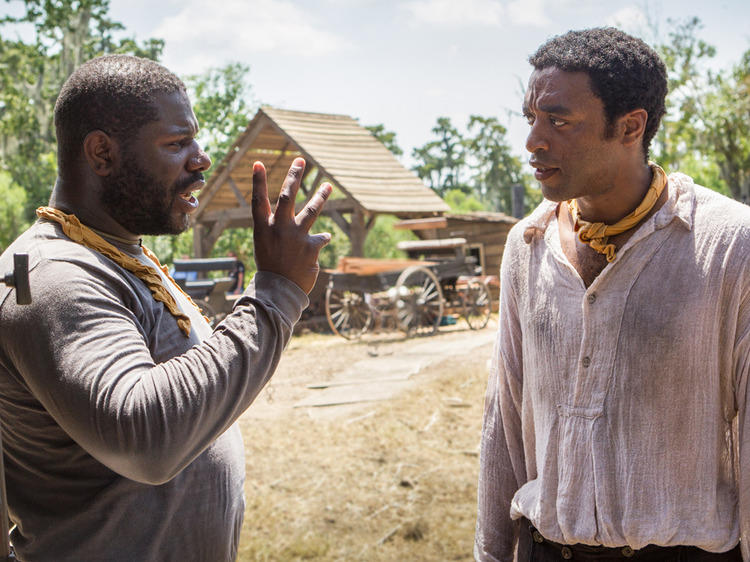 10 things we learned at the Oscars 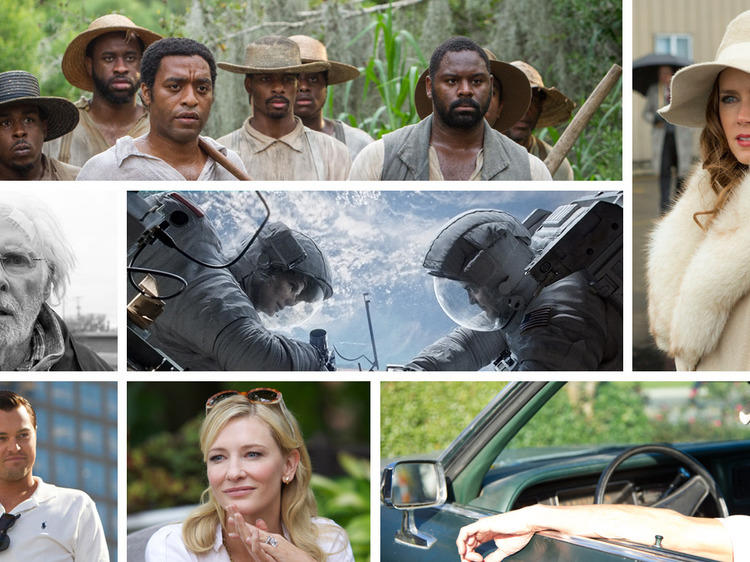 Was Twitter the real winner last night? Read the best jokes, snark and burns from the 86th Academy Awards. 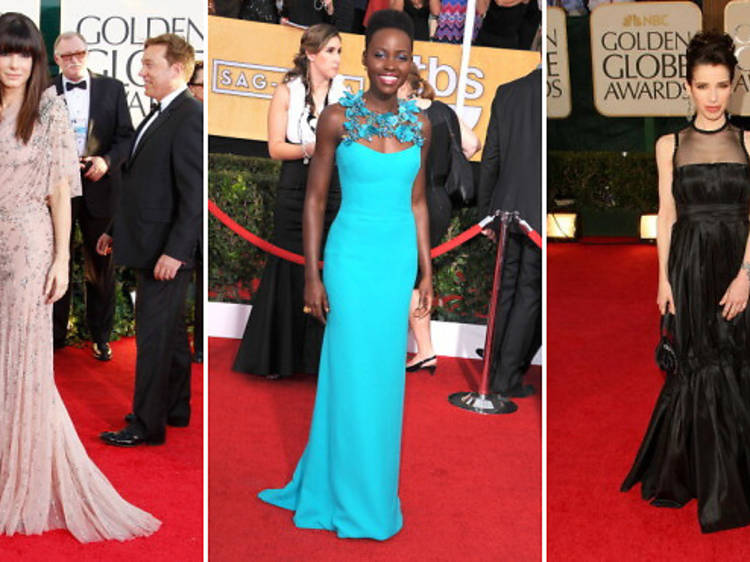 Here are the 2014 nominees' best red carpet looks ever. 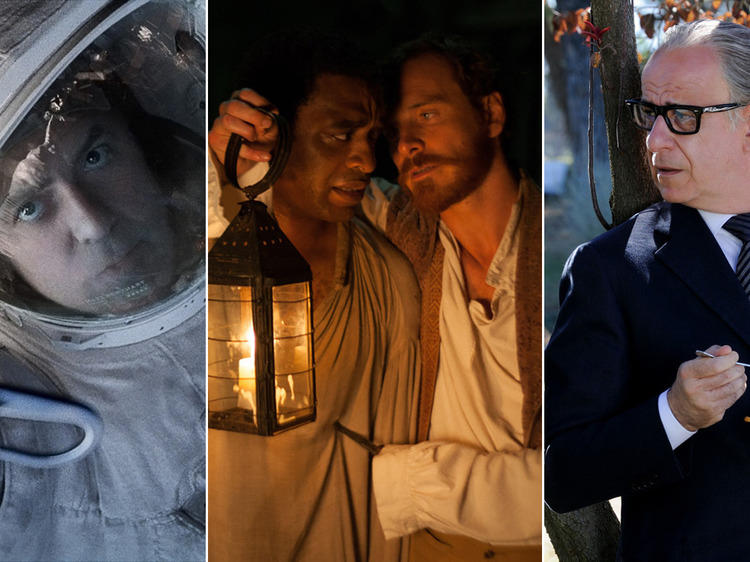 Is this a golden age for film?