Little Havana’s longest-running food and culture tour is back

Grace Della of Miami Culinary Tours shows us around the Latin neighborhood she’s gotten to know over the last decade. 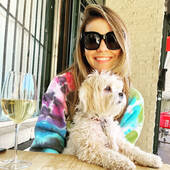 Few people have witnessed the evolution of Little Havana as closely as Grace Della. Her company, Miami Culinary Tours, has been running food tours throughout Miami’s most explored neighborhoods for the last decade—long before food tourism was even a thing. Of the dozen tours she used to operate daily before the lockdown, Little Havana is far and away still her most popular. “It just exploded two years ago. I think the popularity of South Beach went down and people started to discover Little Havana as the cultural and culinary epicenter of Miami,” says Della, who had to halt operations in April. “People choose their destinations based on what they can eat, and this is the place to do it.”

Since 2011, she or one of her trusted guides (many of whom have been with her since inception) has led small groups through little-known gems along Calle Ocho, introducing them to authentic Caribbean and cuisine as well as the local business owners. “These are people I’ve known forever,” she says. Each of the five stops on the two-hour tour includes a sample of a signature dish or item, like croquetas and empanadas, a brief history lesson and a meet-and-greet with folks in the community. From the coffee counter doling out cafecito with the perfect espumita and the man selling peanuts on the street to the woman juicing sugarcane for a refreshing guarapo, the residents of Little Havana have been integral to the experience.

The current state of affairs forced her to shut down operations and pivot to digital events, like mojito-making classes on Airbnb. But Miami Culinary Tours returned last weekend after a five-month hiatus and Della tells us momentum is already picking up, with people calling to book weeks out. Part of her company’s new normal is serving food outdoors rather than inside the restaurants they visit, reducing the size of groups from 14 to 10 and putting additional safety measures in place. Here, she shares a glimpse of her first tour back.

“There is so much amazing hidden art in the neighborhood that most people don’t know about. For example, the strip known as El Callejón Del Gallo. It’s a museum in a narrow corridor on the north side of Calle Ocho, between 14th and 15th Avenues, and it has things like this guayabera made out of cigar boxes.”

“The Cuban restaurant (1388 SW 8th St) is where we always stop for an empanada. Along the side, there’s a mural with portraits of famous Latin artists like Celia Cruz.”

“The famous domino park is closed due to the pandemic but that doesn’t stop the viejitos, the elderly who used to get together to play, from gathering and fostering their small community. Now they gather across the street, with a breathtaking mural from artist Reynaldo Arlires as their backdrop.”

“This was one of the first galleries in Little Havana before the area became so popular. Inside you’ll find colorful paintings of Cuban folklore.”

“This is a new place that opened during the pandemic. They make a great Cuban sandwich and beef pastelito. Just outside is a fresh mural by Peruvian artist Didi (Diana Contreras). There is so much street art in Little Havana.”

“The owner, Pedro, is a fifth-generation shop owner. He decided to take advantage of the lockdown to renovate his shop. Here he is showing it off.”

Most Popular on Time Out

–This delightful natural wine bar just opened in South Beach
–There’s an Australian-style brewery opening in Coral Gables
–These Miami hotels are now offering day passes for their swimming pools
–Soak up Florida’s irreverent charm at this laid-back Downtown bar
–Aching for a massage? Miami Spa Months is back with all kinds of discounted treatments.