In a city ringing with pride—from South Beach and beyond—it’s difficult to single out individual voices that speak for our ever-evolving and growing gay, lesbian and transgender community. But if you listen closely, you’ll find several movers and shakers striving to ensure equal rights for LGBT Miamians through hard work and by setting stellar examples. We talked to the activists and everyday citizens doing their small part to affect big change in Miami’s LGBT community. 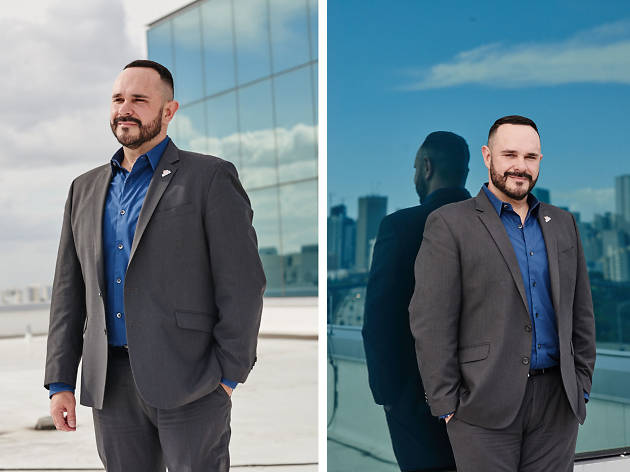 Executive Director of SAVE

Tony Lima made advocacy his full-time job in 2013, when, after serving as a longtime board member, he took over as executive director of SAVE, South Florida’s leading organization dedicated to protecting the LGBT community. “It wasn’t until I took the helm that I realized how difficult and all-consuming the work that we do truly is,” says Lima, who is the former vice president of the Miami Science Museum. For SAVE, that work includes educating the public, pushing for policies at various levels of government and organizing major events throughout the year, such as the annual Luminary Awards. “It’s intense but beautifully rewarding,” he says. Lima has steered SAVE in its successful suit against the state of Florida to legalize same-sex marriage and also helped to pass nondiscrimination protections for transgender individuals at the Miami-Dade County Commission. Lima, who doesn’t have kids of his own but enjoys spending time with his niece and nephews, adds that in a state like Florida, the work is hardly over. “We need to abolish the dangerous practice of conversion therapy to protect our children,” he says. Like the organization he represents, Lima’s approach for change is communal. “True change has to happen at the local level first.” 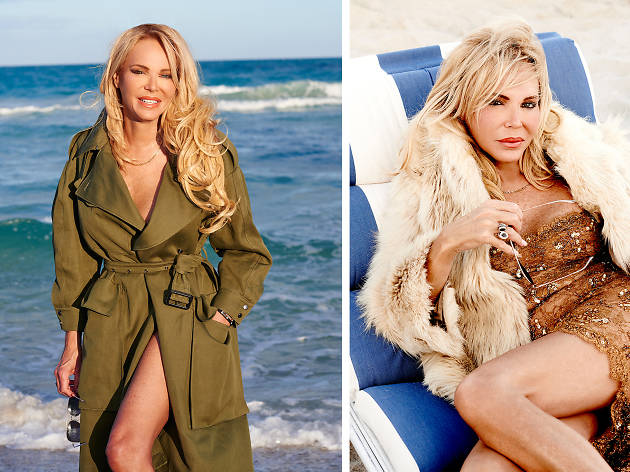 She may be known to some for her role on two seasons of Bravo’s short-lived Real Housewives of Miami or her six-page spread in the October 1980 issue of Vogue Mexico, but actress, director, model and transgender icon Lauren Foster is also the director of concierge for LGBTQ services at the University of Miami Hospital, providing guidance and support to transgender patients and education to the staff. “Having transitioned myself, I have a deep understanding of how difficult it can sometimes be for the patients to work with doctors,” she says. “My goal is to provide insight regarding this process for both parties—the doctors and patient.” Foster—a lover of fashion, photography and design—also educates people through her website, Just Another Girl (justanothergirl.org), a lifestyle platform for trans women. “The main driving forces [of the site] are the individuals and the family of individuals searching for support,” she says. Since her time on Real Housewives (the show ended in 2013), Foster says the number of people reaching out for help has grown exponentially. “My two seasons on Housewives provided me with a platform to share my story and reach others, as at the time there was still very little awareness of the transgender experience.” 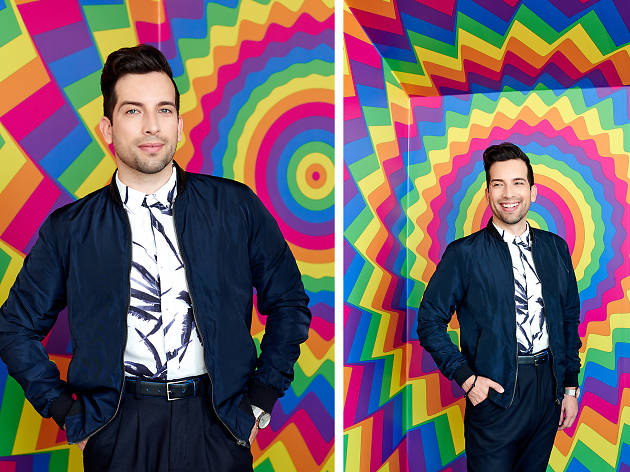 As public relations manager for the Adrienne Arsht Center for the Performing Arts, Wisconsin-born, Peru-bred Gino R. Campodónico handles media campaigns for roughly 400 shows a year. While people rave about the center’s concerts and touring Broadway productions, Campodónico is most proud of AileyCamp, a free summer program that uses dance as a vehicle for developing self-esteem in young students. “It’s a living example of how arts and culture can improve lives and help others achieve their dreams,” says Campodónico, whose lifestyle blog, the Mannequin Party (themannequinparty.com), represents the accomplishment of his own dream. “I am being 100 percent myself on a public platform in hopes that it inspires others to live more freely and not pay attention to negativity,” he says. On the blog, he covers topics like gender fluidity, personal style and fashion, among other things. He’s also used his skills to promote the annual gala for the National LGBTQ Task Force and has volunteered for Style Saves, a local nonprofit helping school-aged children. “Volunteering and working with nonprofits has proven to me that Miami is full of caring people,” he says. “I admire these organizations and never get tired of thanking them for their dedication and passion to stand up for what’s right or to help those in need.” 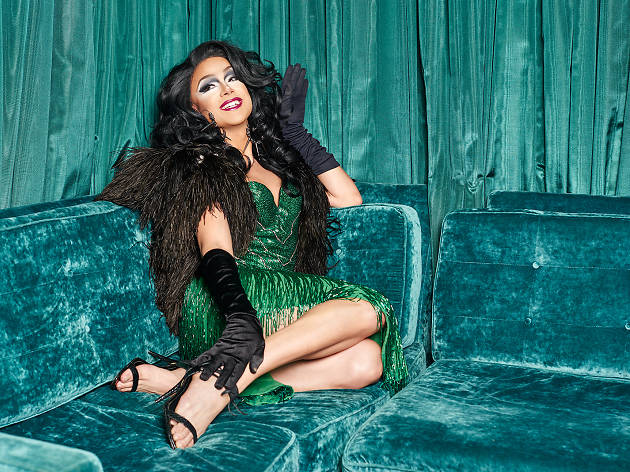 Athena Dion has been Miami’s diva extraordinaire for years, doing everything from hosting drag brunches at R House in Wynwood to parties at Score. But it wasn’t until she was crowned Miss Miami Beach Gay Pride in 2015 that Dion decided to capitalize on her celebrity. “When I won the pageant, I really started to take my career on a more philanthropic path,” she says. “I have worked with a lot of amazing charities and met so many people that donate so much of their lives to our community, and I’m inspired to do the same.” Some of Dion’s work includes hosting and raising money for Impulse Group South Florida, Care Resource’s annual AIDS Walk and the This Free Life campaign, and working at the LGBT Visitor Center on Miami Beach. “The visitor center is the hub for all things gay in Miami,” says Dion. “Working together, we strengthen our voice and our presence here to show visitors the best places to go and have a good time. From award shows to travel commercials, we unite Miami with the worldwide LGBT community, and that’s an amazing thing.” 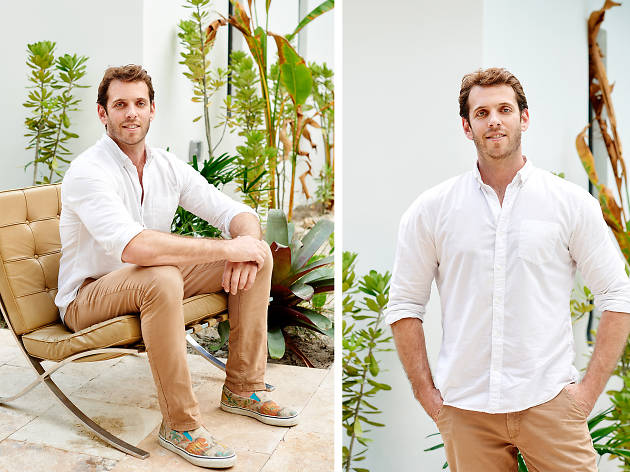 LEED-accredited architect and native Miamian, David Schwade—whose firm ANDstudio has developed projects in Wynwood, the Design District and the new Brickell City Centre—focuses on work that’s both stunning and public-spirited. “We take on projects with a cognizant eye on affecting positive change,” he says. Schwade has served on the host committee for various LGBT events in Miami, but some of his best work has come from combining his career skills with his passion for helping the LGBT community through Design on a Dime Miami. The event raises money for Housing Works, an organization that provides invaluable resources to people living with HIV. “It was a fantastic opportunity to channel my love for design toward a great cause,” he says of the group’s 2016 inaugural event, which raised nearly $2 million. “When you find ways to integrate your passion with philanthropic endeavors, your personal commitment and impact is far more organic.” 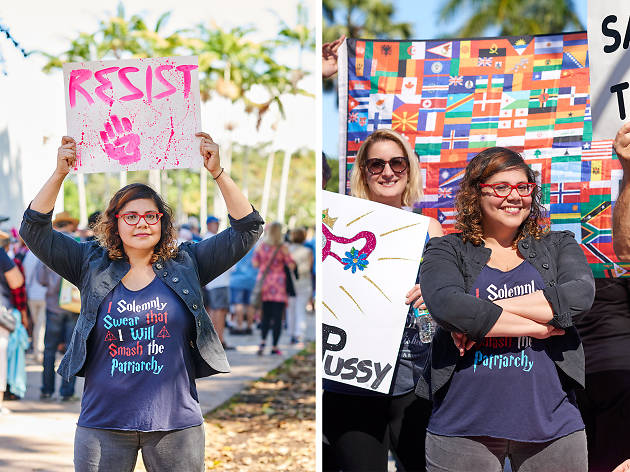 After spending 13 years working in media and publishing, Elizabeth Fernandez joined the labor movement as the statewide communications director of Service Employees International Union (SEIU) Florida, which represents more than 55,000 active and retired employees in the state. A longtime activist—fighting for LGBT rights and domestic violence survivors since 2011—she now works full-time to fight the good fight. “It’s been amazing to make the transition to being a full-time activist and advocate,” says Fernandez, who in her spare time is working on finishing a graphic novel about gay computer science pioneer Alan Turing. “SEIU has made supporting LGBT workplace equality a part of its national agenda, which is huge. Our 1199SEIU Local Union also has a Lavender Caucus to support and empower our LGBT members.” Long before she was at SEIU, Fernandez was actively fighting for LGBT rights—in particular for bisexual causes as the communications chair of the South Florida Steering Committee for the Human Rights Campaign and as an organizer for Bi+ Brunches and meet-ups at Pridelines. But at SEIU, she knows she has her work cut out for her this year: “We are facing unprecedented attacks on workers’ rights, with specific threats to women’s health, LGBTQ rights and so much more,” she says. “We need to rise up and work together like never before.” 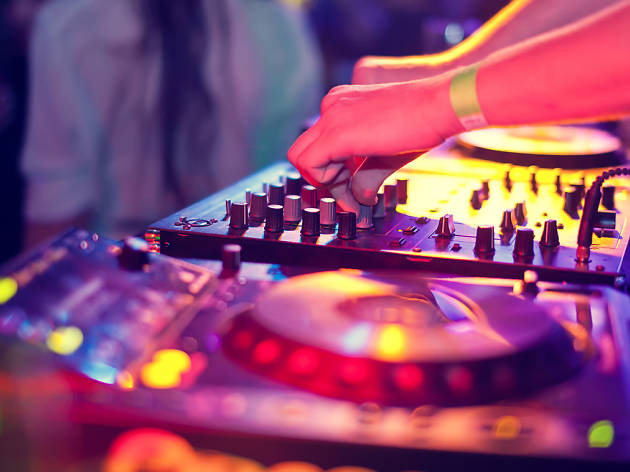 The Magic City is a primo queer party spot, from South Beach to Downtown Miami