Time Out opposes proposed anti-LGBTQ+ legislation in the USA

If we're to foster a community of fairness and equality, state legislatures must reconsider these bills. 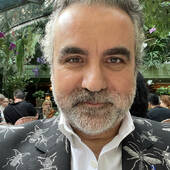 Since its founding in 1968, Time Out Group has strongly believed in the values of diversity and equal opportunity for all people. Not only do we place an emphasis on these beliefs internally, through developing an open culture where employees are free to fully express themselves, it also imbues everything we choose to cover and curate. We believe that the creativity that comes from freedom, fairness and diversity is what makes the cities we passionately advocate for on a daily basis so vibrant. Cities are cultural melting pots, where human beings can find others who share their passions, and who accept and recognize each other as free, equal, and loving people.

That’s why we want to express our deep concern regarding undeniably harmful bills that are currently being introduced in state houses across the United States. These bills, many of which are targeting transgender youth, would bring about nothing but harm. From preventing those in need from accessing important medical care to parental rights, student sports and access to public restrooms, these bills would negatively impact many Americans' lives in cities that we cover. They’re wrong, and not at all the way we should be moving forward as we look to rebuild communities after a traumatic year.

We believe that if we are to create a more just, equitable and enriching future, we need to focus on promoting and celebrating the diversity of our local communities rather than supporting legislation that actively works to target a minority LGBTQ+ population within them. It’s part of the reason we’ve specifically worked to shine a spotlight on amazing local LGBTQ+ artists, performers and small business owners over the last year from our 2020 Pride Worldwide campaign to this month’s celebration of incredible LGBTQ+ places around the world. Cities are nothing without the people and communities that make them great, that is, all of us!

Throughout our ongoing global Love Local campaign, we’ve passionately doubled down on our support for makers, independent businesses and cultural groups that have needed our help now more than ever. However, we can’t say we truly love and support local culture without speaking up when we see those who produce it are being treated unfairly. It’s our sincere hope that these local legislatures and our public leaders will abandon these discriminatory bills and choose a path of fairness and equality instead. America deserves nothing less.