Why 2023 is the year you should finally ditch flying

With rail on the rise and EVs making road trips cheaper and greener, flight-free travel is more attractive than ever 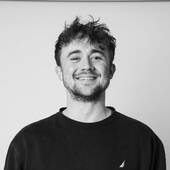 Before we all got into the habit of flying, travelling overland was the norm. And now, after a few decades out of vogue, flight-free journeys are back on the rise – and more glorious than ever. From super-cheap, high-speed trains and new ferry routes to road trips designed to celebrate the joy of electric vehicles, this year will see a huge resurgence in alternatives to air travel.

So why is overland travel back on the rise? Well, on the one hand, there’s the one big reason: the planet.  Trains and ferries, whether fuelled by renewable electricity or even fossil fuels, emit far less CO2 per passenger than planes. And EVs – especially if powered entirely by renewable energy – are great too, unlocking a whole new world of climate-friendly road trips. Travellers, companies and governments are more conscious than ever that flying everywhere isn’t ideal – but now some serious alternatives are starting to appear.

But flight-free travel isn’t just greener – it’s often cheaper, too. For mid-distance journeys, a trip by car (and, if needs be, ferry) tends to cost a lot less per passenger than even the budget-est of budget flights. EVs can be a bit more expensive to hire than petrol and diesel cars, but are far cheaper to run.

And as for trains – well, they aren’t always the most affordable way to travel. But last year saw cheap (or even free) travel schemes thrive, and many of those are set to continue into 2023. Spain’s free trains scheme has been extended until December this year, while Germany, bolstered by the success of its €9 pass last summer, has relaunched a new almost-as-cheap discount scheme. On a more local level, the northern Italian region of Friuli Venezia Giulia is offering rail discounts to tourists. We’re hoping for many more such deals in the year to come, as governments big and small cotton on to the advantages of getting people on public transit.

Then of course, there’s the romance of it all. Out goes the frustration of airports, being crammed in a stuffy, noisy plane and landing miles away from anything interesting. In come panoramic views, local food and fascinating stop-offs – whether it’s changing trains in the middle of an unknown city, or a spontaneous road-trip diversion to check out something cool you spotted along the way. Flight-free travel makes the journey itself a thing to be enjoyed just as much as the destination.

And then there’s the other big reason to go terrestrial in 2023: namely the ever-improving excellence, convenience and affordability of the routes available. Here are just a few of the new rail, sea and road links begging to help you shake your plane habit in 2023.

In order to make trains a more competitive alternative to planes, countries aren’t just making them better, nicer and faster (see: France’s new TGVs) – they’re making them cheaper too. On top of the Spanish and German discount schemes, Spain alone is benefitting from new affordable high-speed routes from Madrid to Barcelona, Valencia, Seville and Murcia.

A full-blown night train renaissance has taken place over the last few years (see our guide to Europe’s new night train routes here), and even more sleeper routes are set to kick-off in 2023. Copenhagen to Hamburg, Amsterdam to the Austrian Alps, the Netherlands to the south of France and Prague to Germany and Switzerland are just a few of the new routes on offer. Cue up Kraftwerk: it’s time for Trans-Europe Express 2.0!

Some places are also getting train connections where previously there were none. The Tren Maya project on Mexico’s Yucatán peninsula, for instance, will see sprawling cities and popular beach resorts linked up with ancient Mayan sites. The first part of the route (between the Mayan ruins at Palenque and Cancun’s beachside resorts) is set to launch at the tail end of 2023.

Then there are the trips that make the train an experience in itself. While plenty of trains are marvellously scenic and spectacular trips, a luxurious few take it to a different level. The Orient Express La Dolce Vita plans to launch in Italy in 2023, and there’s also the new Nostalgie-Istanbul-Orient-Express on the horizon, which currently intends to launch in 2025.

Europe is already criss-crossed by ferry routes, and soon there are going to be even more. A new service between Ireland and France (including joint tickets with train journeys) could arrive in 2023, as could a new route between Scotland and Belgium. There’s even an experimental zero-emission, wind-powered ferry linking the UK and France.

Croatia, meanwhile, is making ferries greener. National ferry operator Jadroplov has announced plans to launch a fleet of electric ferries by 2024 which will mean you can island-hop between Croatia’s Adriatic beach spots with less impact on the environment. And not only will the new fleet be more eco-friendly: they’ll be faster, too, cutting down some journey times by 30 minutes.

Nothing quite matches the experience of travelling by sea, and if you’re on a longer route, there’s usually a huge range of price and class options on offer. Cons include the risk of seasickness, but pros include the ability to take your (electric) car. Which brings us nicely to…

Electric vehicles (EVs) aren’t just making the road trip greener: they’re redefining it. With more time required in each pit stop to recharge, it’s the ideal way to kick back and take a slower, more relaxed trip around a region’s undiscovered corners.

And you could save money too. EV charging is almost always cheaper than petrol or diesel – less than half the cost in some countries – which means a big chunk off your road-trip budget. Plus, if you’re visiting a country like Iceland, Norway, Uruguay or Costa Rica, where nearly all energy comes from renewable sources, the eco-friendliness is practically off the charts.

While some countries are still better than others for EV infrastructure (here’s a full list of the best European road trips for EVs), they’re undeniably the future – and 2023 will see them more popular than ever before.

Yes, legs. It’s easy to overlook, but the classic ‘slow travel’ options of cycling and walking are also making a big comeback.

That’s partly because, in this age of tech, tons of apps and programmes are launching to make travelling by foot and bike easier – like navigation apps Komoot and Eurobike. And countries are increasingly embracing hiking and biking tourism. Just look at Romania’s new 1,400-km Via Transilvanica trail, Switzerland’s new ViaBerna route through the Jura mountains and Bern, Canada’s 400-plus-mile island walk on Prince Edward Island or the 2,360-mile hiking trail passing through 15 British national parks. Ain’t they beautiful?

Cheaper, greener and more immersive, travelling overland is the way to go this year. Ditch the hassle and discomfort of plane travel and set yourself (flight-)free in ’23.

Stay in the loop: sign up to our free Time Out Travel newsletter for the latest travel news and the best stuff happening across the world.

More tips to save money, beat the crowds and travel better in 2023: