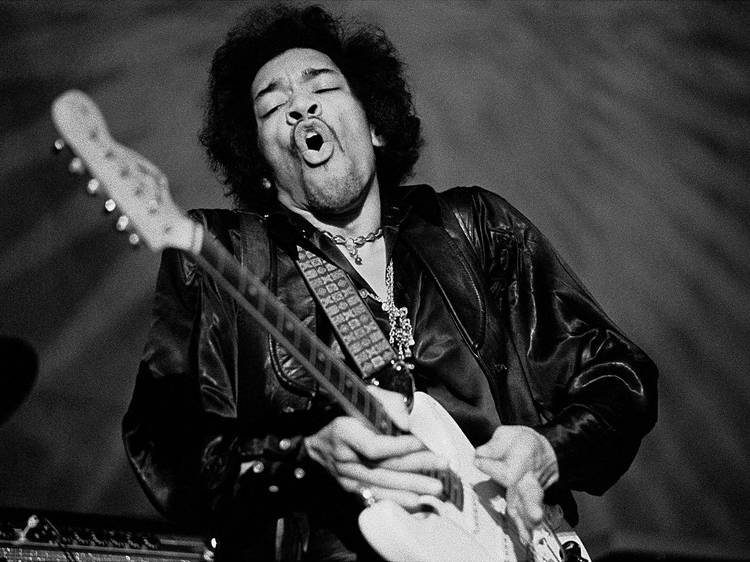 Why ‘Icon: Music Through the Lens’ is getting me through lockdown

One of my greatest pleasures in life is watching documentaries in the bath. Laptop on the toilet seat, boiling hot water (I bring the kettle), candles and a cheap glass of wine. And Icon: Music Through the Lens is top of my bath-time greatest hits list. I discovered it when I randomly woke up at 4am. My mother-in-law was asleep in the living room of our one-bedroom flat, so I had no choice but to go hang out in the bathroom and see what I could find on Now TV. Icon is a six-part docuseries where each episode is dedicated to a different discipline of music photography. Album covers, live photography, backstage: it pretty much covers it all. The one that spoke to me most tackled the art of magazine covers but, frankly, they’re all utterly compelling. It was reassuring to hear that these prestigious photographers have had to deal with the same problems I have in my job. Musicians don’t all like having their photo taken. They don’t always want to smile, they’re often late and you don’t get much time with them. Listening to how different people approach these problems is fascinating. Although some of them have reached the holy grail of becoming mates and going down the pub with the stars afterwards, a lot of these photographers have had to do things to ‘get the shot’ that mean the subject doesn’t really like them at the end. The latter sounds more familiar. I mean, I’m pretty sure John Boyega thinks I’m a dick.Overall though, it’s just great to hear the stories behind the photogr 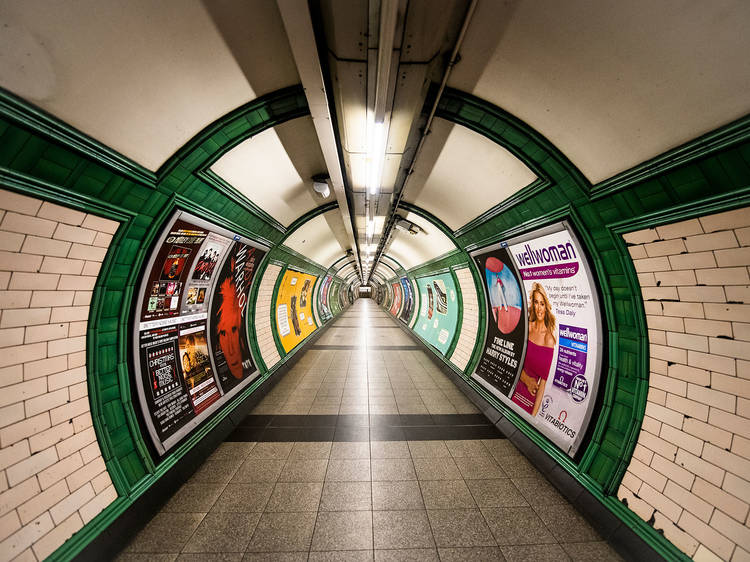 Eerie, empty, beautiful photographs of the tube in lockdown

Photographer Aaron Parsons has been taking shots on London’s tube network as he’s used it during lockdown. The resulting series, ‘London’s Lonely Underground’ is a beguiling – sometimes unnerving – view of some of the busiest places in the capital empty of people. He explains how it came about, and what it means to him and to London. I keep hearing how this latest lockdown has been tougher for people than before. There were elements of the first one that I think some people actually embraced. The world stopping for a while: planes were grounded and our skies took a breather. Personally, my photographic eyes were opened to the simpler things in life on the walks that were in the close vicinity. Spring was springing and you had a proper chance to watch it bloom. But in complete polarity, this darker, winter lockdown has been a real challenge both in terms of mental health and for general photographic inspiration. I’ve been lucky enough to still have some work coming in and I’ve been involved in socially distanced shoots on location as well as capturing products in my home studio. For some of these shoots, I’ve had to travel on London Underground. This is a system, a world deep below the bustling capital, that I have always admired, both visually and in terms of its industrial prowess. However, travelling on the tube during a national lockdown proved an entirely different prospect so I decided to capture what I saw.  ‘London’s Lonely Underground’ is a photographic series documen 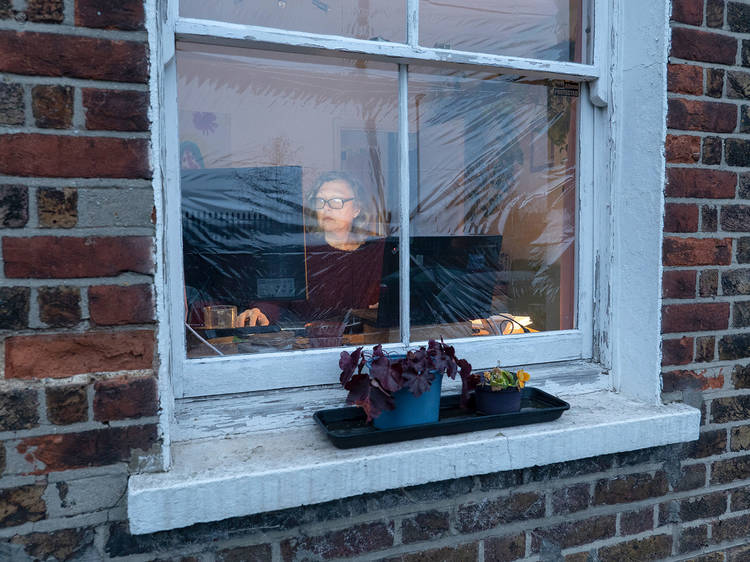 Captured: the reality of working from home

Ah, working from home. 'WFH' as some would have it. Sometimes it's alright. And sometimes it's absolutely unequivocally not alright. Never before have so many Londoners spent all their time behind the same four walls. A few months ago South London photographer Sam Mellish decided he wanted to dedicate a whole project to this bizarre yet historic phenomenon. We caught up with him and asked him to talk us through some of the photos. 'Created over five afternoons in late January, 'Home Work' is an observation of people working from home, taken from an outside perspective,' says Sam. 'Starting out from my home in West Norwood, I would spend about three hours wandering and on average capture about three images during that time. Having had newborn twins in the first lockdown, and keen to take them on daily walks, I began noticing more and more people, often sat in isolation by a window with a laptop or desktop, eyes glued to their screen. Lockdown has shifted the way people work and I wanted to document this moment.'  Photograph: Sam Mellish 'Jacob Alplund works in finance and proceeded to apologise for not wearing a suit when he answered the door. Captured in Tooting, 2021.'   Photograph: Sam Mellish 'Chloe Turner is working from home for the NHS track and trace team. Before lockdown, Chloe was working as a theatre stage manager. Dulwich, 2021.'   Photograph: Sam Mellish  'DJ working from home as a social impact investor in Dulwich. January, 2021.'   Photograph: Sam Mellish 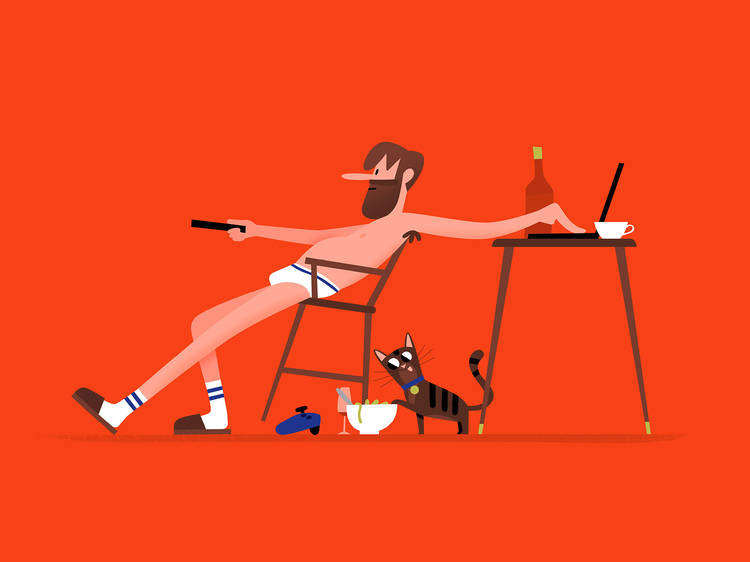 While you've been sitting around in your pants having an existential crisis, London's fine illustrators have been... drawing pictures of themselves sat around in their pants having an existential crisis. Yes, many of the talented artists Time Out works with have spent the past year capturing the intricacies of lockdown in bright technicolour and embarrassing detail – and, to be honest, we're here for it. Nothing is more cathartic than seeing a pandemic habit you thought was weird, disgusting and unique to you, reflected back at you as a widespread trend. And for that we're very grateful. That's why we've decided to use our platform to give a shout out to some of our favourite London doodlers. We asked them to send over a piece of work they’ve made during lockdown and the results are bloody wonderful. Take a look through and if you like what you see chuck ’em a follow on Insta. We love them and we can’t wait to work with them again.   Kieran Glennon ‘This illustration sums up everyone’s boredom and impatience with the pandemic. Personally, I was looking forward to the introduction of 2021 but now I see that maybe I was a little naive. It isn't all doom and gloom though. The image was made whilst being excited about the future and what life could be after boring, old COVID.’ Follow Kieran on Instagram here.     Naomi Anderson-Subryan ‘My illustration is about the days which turn rapidly into nights, and before you know it you find yourself uttering those familiar words alm