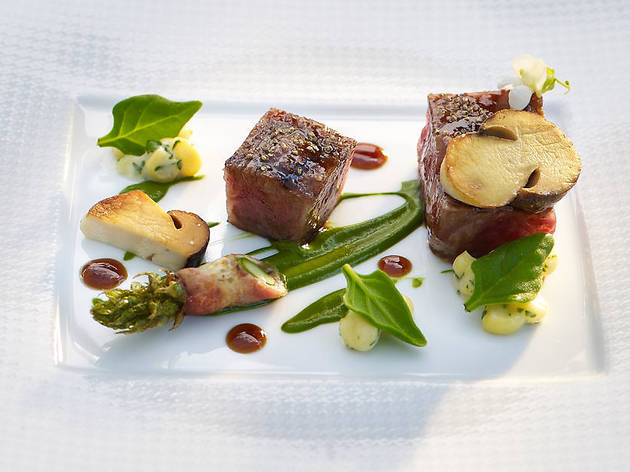 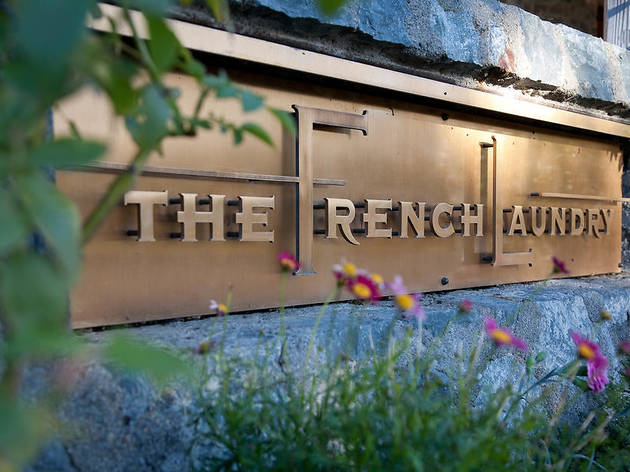 Since 1994, the old stone cottage in the heart of wine country that houses the French Laundry has stood among the holiest of holy grails not only for destination diners, but aspiring industry pros around the world. Chef Thomas Keller’s influence on the culinary world is inestimable; without him, there’d be no Noma, Alinea, Benu or Frasca Food and Wine, to name just a few iconic restaurants his mentees have gone on to open.

The pilgrimage to this intimate, 17-table Napa Valley institution remains at the very top of foodies’ bucket lists. Reservations open a month in advance, with seatings occurring daily from 4pm to 8:15pm. Every meal begins with a crisp salmon tartare cornet paired with a glass of champagne. From there, diners select one of the two prix fixe menus (one for meat eaters and one for vegetarians) and are then promptly taken on a three-to-four hour culinary journey. Dishes consist of classic and refined, yet unstuffy, French cuisine that showcase California-fresh produce sourced from the culinary garden across the street.

The French Laundry has served as the pinnacle of fine dining for 25 years, with hospitality as unwaveringly pristine as the food. The restaurant has been awarded three Michelin stars every year since the first Michelin guide to the San Francisco Bay Area was issued in 2007, making Keller the only American chef to have two three-star restaurants at the same time (the other being Per Se in New York.)

The restaurant recently underwent a stunning $10 million renovation inspired by the Louvre, including a new state-of-the-art kitchen, a wine cellar that can hold 16,000 bottles, and extensive landscaping with added courtyard seating. The French Laundry has been an iconic destination for more than a quarter of a century, and there’s no indication that’s changing anytime soon.