Restaurants, Contemporary American Upper West Side
Recommended
3 out of 5 stars 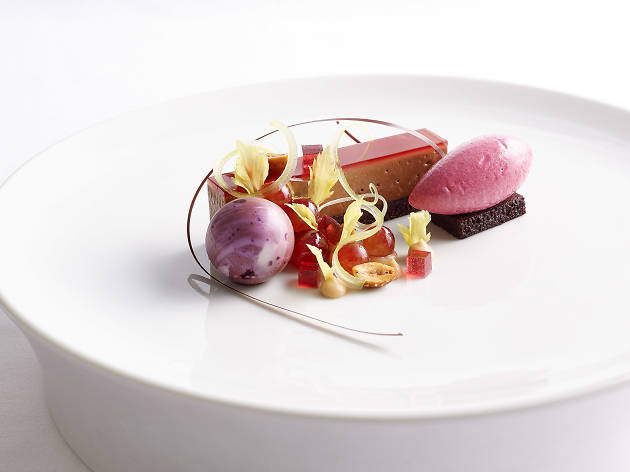 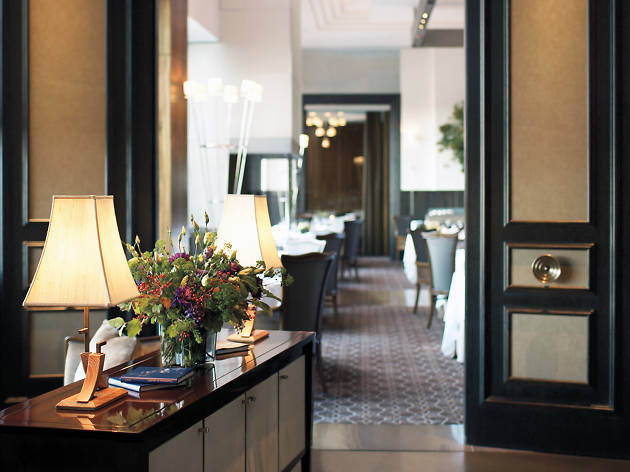 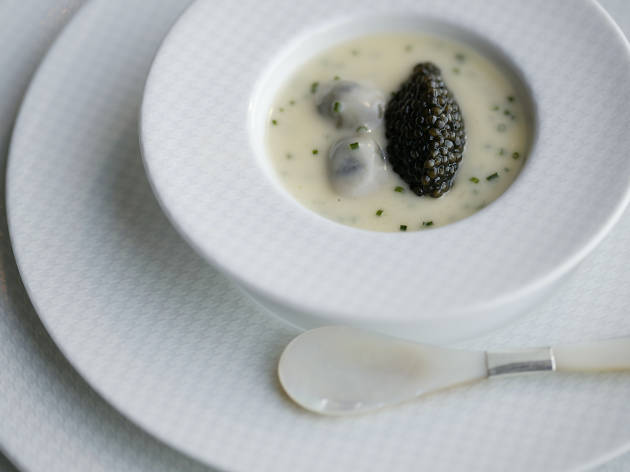 The dismal state of the restaurant business has pushed many chefs into survival mode. With even the most exorbitant venues slashing prices or introducing prix-fixe steals, New York has become a far more democratic place to dine out. The new lounge menu at Per Se, Thomas Keller’s response to these trying times, may be the city’s most tepid recession concession.

Despite the more casual setting, meals begin here with the same tiny tease Keller’s served for years at the French Laundry in Napa: his trademark salmon-tartare--filled cornets. Portions, too, stick to the chef’s usual formula. Though la carte dishes max out at $46, they’re no more generous than the ones you’d find on the $275 nine-course tasting menu, which means if you’re not planning to go out for a slice after dinner, you might as well splurge on the full-blown dining experience (our waiter failed to mention just how hungry we’d be ordering only three courses apiece).

The oft-changing menu’s ten la carte dishes include a sculptural salad with fresh heart of palm, peach slivers, and a radish rosette that’s pristine and delicious—and fit for a waif. Heartier appetites won’t find much solace in a diminutive bowl of delicate agnolotti bundles filled with mascarpone and fava puree, or in a miserly portion of Snake River Farms beef—two medium-rare slices with bordelaise sauce and pebble potatoes.

Sure, the food is as brilliantly executed as it is in the main dining room—the foie gras with raw almonds as lush, the butter-poached lobster with bernaise mousseline as tender and sweet—but it loses considerable luster nibbled from a coffee table while perched uncomfortably on the lip of a couch. And the chef’s gift of drop-in access to his precious cuisine features prices that in the end don’t actually seem very charitable. In fact, the lounge menu appears to be even more of a splurge than the full Per Se blowout experience.

And with dishes trickling out, the front-room service is hardly as fawning as it is next door—even when an haute “Snickers bar” (salted caramel brownie, nougat ice cream) is followed by a gratis selection of chocolates and caramels and the same take-home booty of ethereal caramel-nut bars given to the really big spenders in the next room. Like scoring standing-room nosebleeds at the Met, when you’re stuck in the lounge at Per Se, it’s hard not to feel like a second-class citizen.

Drink this: The voluminous Per Se wine list is available in the lounge. With glasses averaging $20 apiece, a bottle may be the most reasonable bet. A floral Highfield sauvignon blanc from New Zealand ($65) is among the more affordable food-friendly whites.

Sit here: The couches up near the big picture windows overlooking Central Park are the most secluded-—and romantic—seats in the lounge.

Conversation piece: Though business remains brisk at the French Laundry, Keller has said that his restaurants in New York and Las Vegas have each taken a financial hit. The biggest blow to the bottom line at Per Se (and the main reason for the lounge menu): the drying-up of banquet business.