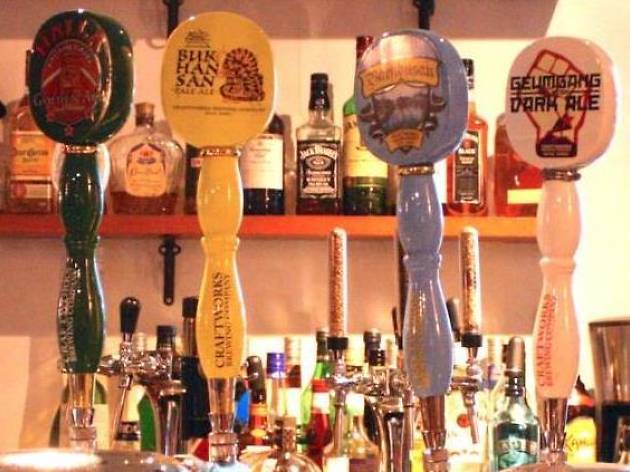 You can’t talk about the craft beer trend in Seoul without talking about Craftworks, which opened in 2010 and now has four locations across the Seoul metropolitan area. The Canadian-owned enterprise, along with local brewery Ka-Brew, were instrumental in helping change Korean laws to allow smaller breweries to produce and sell beer, ultimately helping kickstart the craft beer craze sweeping Seoul today. The menu at the original Namsan location is standard North American brewpub with burgers, sandwiches, and ribs (plus a few creative twists—their five varieties of eggs benedict include shrimp and southern), while newer locations have updated menus. As for the beer, we’re always happy with the Jirisan IPA, but if you can’t decide, you can always get the sampler of all six brews. 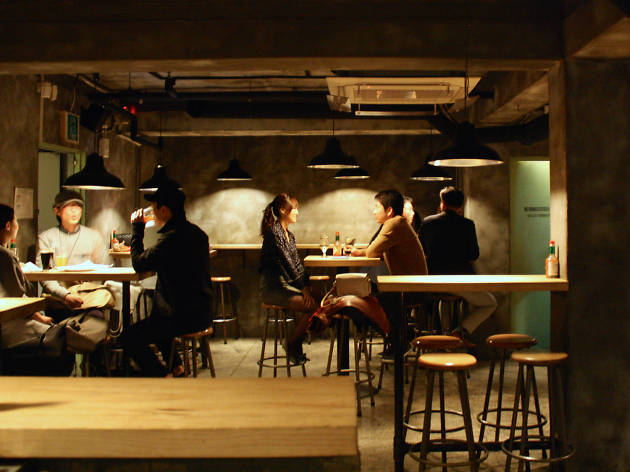 Magpie is one of Seoul’s most popular craft beer houses, started by five friends with a home-brewing hobby that grew by leaps and bounds. As the craft beer scene in Seoul has boomed, Magpie expanded to locations in Hongdae and Jeju Island. They’re constantly experimenting with recipes with a variety of unique imported hops. In addition to their porter and their pale ale (now a classic that is served at bars around Seoul), they offer varieties such as The American Muscle (an American wheat) and The Ghost (a German gose). Whether you’re looking for a simple dinner or a snack to go with your beer, their pizza is one of the best in the area—it’s a simple handmade dough topped with fresh ingredients and baked to order.Magpie is as much a community center as it is a bar, hosting concerts, classes and workshops on food and drink. 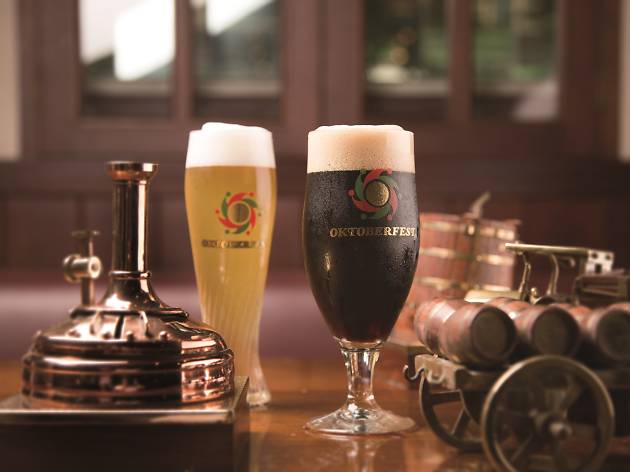 This house beer pub opened on July 12, 2002, as though it had been waiting for the moment of amendment in the nation’s Liquor Tax Law. Oktoberfest is the first establishment in Seoul to brew its own beer for sale. The news that a specialist with a Master’s degree from the brewing school at Munich University was big at the time. Self-made beer is more common nowadays, but back then, it was a sensation. This pub gained its fame via word of mouth through beer lovers and students from Germany. Four types of beer are available: Pilsner, Weiss, Dunkel, and Radler. A couple rules for Oktoberfest to present beer at its best: One is that a new beer must be drunk out of a new glass. Also, beer is not sold by the pitcher in order to prevent alterations in taste. The German side dishes that go well with German beer are also worth noting. Both the Schweinshaxe, referred to as the “German pork knuckle,” and the currywurst, a German-style sausage dish, are popular. So get your beers and settle in for a very German evening. Prost! 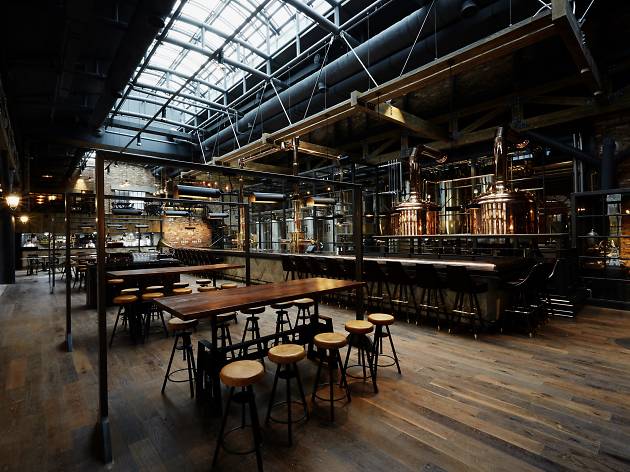 Devil's Door is a gastropub operated by SSG Food, the culinary arm of a certain Korean conglomerate whose mobile device you may in fact be holding at this very moment. At the height of the craft beer revolution sweeping Seoul, SSG Food jumped into the fray with Devil’s Door, making a huge investment with massive, 200-year-old traditional German brand Caspari brewery equipment installed on-site. Combined with a 10 meter bar, high ceilings and stylish industrial furniture, the atmosphere is reminiscent of a luxurious, spacious factory. In addition to beer brewed on-site, a wide variety of bottled beers from around the world are also available. Stave off hunger by ordering the Ultimate Devil’s Burger, mac and cheese balls or smoky popcorn served with casual flair in a paper bag. Keep in mind that serving portions tend to be somewhat on the small side. Smokers will appreciate the classy smoking room, a rarity in newly smoke-free Seoul. But be prepared for a wait of at least 30 minutes—Devil’s Door is a huge hit.