TBH, as much as we love Korea, long holidays during the summer usually mean vacationing outside of it. After all, the country's small enough that you can explore most places over long weekend breaks. Another TBH? As much as we love Seoul, we need to get out of here every once in a while too—even if it's just for a day or two. In our October issue, in light of the beautiful weather, that's exactly what we did. We drank beer all day long, listened to music in a 1,100-year-old forest, watched the sunrise from the west coast, traveled on trains for hours and had everything but bibimbap in Jeonju. Here are all our secrets to all our secret places, so go on and escape! 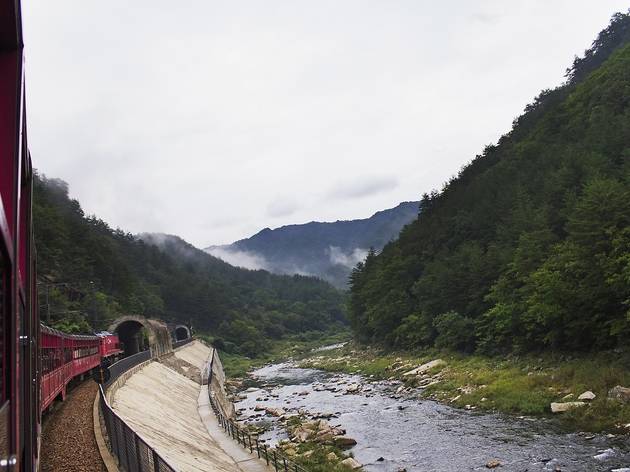 “There are other memories, not only flowers from the fire but little sprouts that suddenly appear when I go on trains,” wrote poet, and avid train lover, Pablo Neruda. In Temuco, Chile, the National Railway Museum was built in his honor and is laced with his poetry, as his train travels were often the windows for his words. I had imagined the five-hour O-Trainto be quiet and pensive like my muse for this trip—the Bergen Railway. Instead, it turned out to be filled with a bipolar pop music playlist and cheery train attendants who also doubled as the hosts of a game show aired throughout the train. Rain and fallen branches on the tracks meant a two-hour delay in Buncheon, where we were scheduled to transfer from the O-Train to the V-Train. To kill time, we bought fresh dongdongju and apples from the 55-year old convenience store named Hwang-su Super, until cheering from hiking-gear dressed ajummas and ajusshis signaled the V-Train’s departure. The V-Train, only an hour long, served as the highlight of the trip, where we rode with the windows down as it wove in and out of tunnels built into the soft mountain hills, wet with raindrops and trickling valley rivers. Though supposedly most beautiful in winter, the occasional white flowering perennials speckled like snow showcased the mountain’s appeal even off-season. Once in Cheoram, we walked around the Coal Mine History Town—a preserved collection of buildings from the ‘40s to the ‘60s made even more realistic by the gray weather. 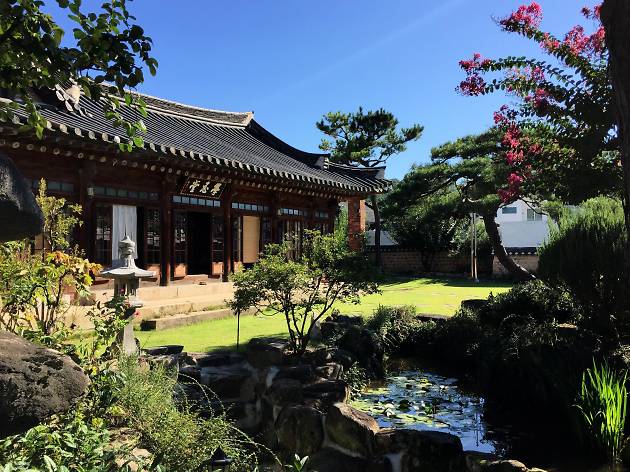 Transportation Express busTime 2hrs 40mins Ticket 12,800 won (from Express Bus Terminal) *Until Dec 27th, foreign passport holders can apply to take a free shuttle bus from Seoul (the parking lot of the Donghwa Duty Free Shop near Gwanghwamun) to Jeonju’s National Intangible Heritage Center and back. Applications are taken at shuttle.dongbotravel.com and buses leave every Friday, Saturday and Sunday. 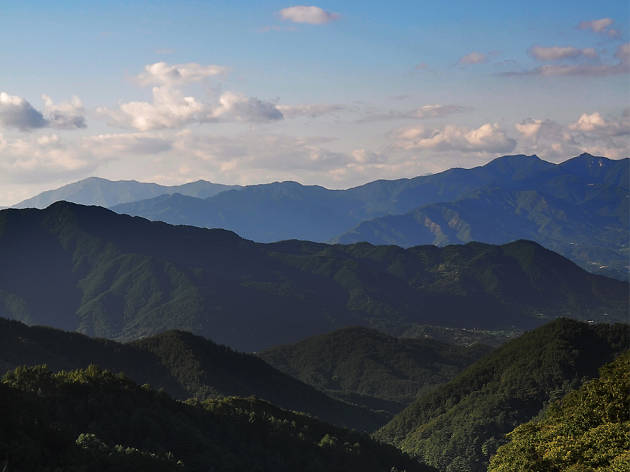 It takes 3hrs and 20mins to get from Seoul to Hamyang by Express Bus. This is the only option because trains don’t travel here. A lot of people assume that the only reason I’d want to go Hamyang is because I’m from there and before I came to Seoul, no one ever talked about this particular forest. I later came to find that it’s the oldest artificial forest in Korea, created 1,100 years ago under Choe Chi-won of the Silla Dynasty. Installation artist Jang Min-seung and composer Jung Jae-il collaborated last year to create records about their observations of this artificial forest. Then, they released an app called, Sanglim, which features videos of the forest coupled with a digital album made especially for the place. I always wanted to go to Hamyang because it was my dream to listen to the song “Sanglim” in Sanglim Forest. 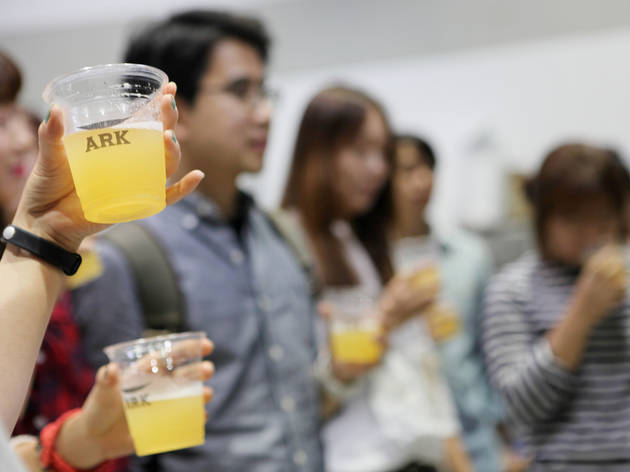 When we input the address for the Korea Craft Brewery into our car’s navigation system, it returns an “address not found” message. “Maybe we’re heading to a ghost village,” I suggest, only half-joking. The weather this morning is a steady, gray drizzle that turns into pounding sheets of rain as soon as we hit the highway. A sign from the gods? Maybe we shouldn’t have tried to leave the city. But as soon as we break free of the Suwon-area traffic, the rain suddenly lets up, as if we’ve escaped a curse, and we have nothing but the open road and the beautiful mountains and countryside of Chungcheong ahead.The first thing we do when we arrive is head straight to the café—we’re starving and none of us have eaten breakfast. It’s simple fare: pizza, sausages and beer. The fried potato wedges need a need a little work, but the pizza is good, especially if you like thin crusts, and the beer is great. The pizza dough is made with one of the brewery’s own beers, Hug Me, a spiced Belgian witbier that we also drank along with our meal. You can also order the other two beers on their label, an American wheat ale named Cosmic Dancer and an India Pale Ale called Be High. (Yes, we had beer for breakfast.) By 2pm, it was time for the brewery tour, and the very first thing you do is slip on blue footies over your shoes to keep things hygienic (we suggest avoiding high heels). There was something comical about all of us in puffy blue footwear—I felt a little bit like a cartoon character. Phone 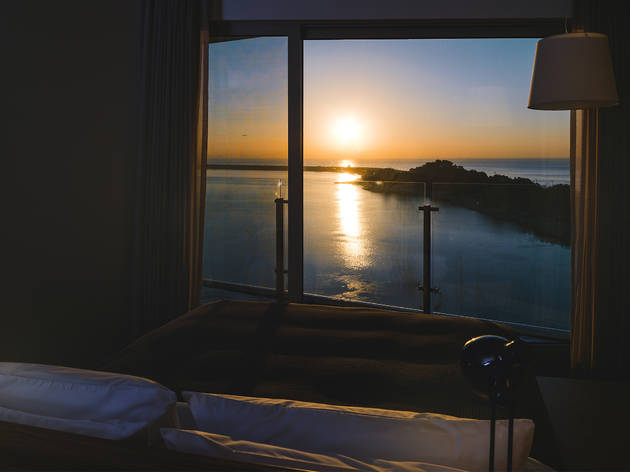 Living as a travel writer, hotels were the beginning of my journey and a temporary shelter that replaced my home. The softness, which I feel when I shove myself into bed, covered in bed sheets, gives me comfort whenever I’m in a new city. Even if I make a huge mess in the morning, everything is perfectly cleaned up by the time I come back and my pillow is all fluffy and new again. This time, I looked for a hotel that is not too far away (but not in Seoul). So, I picked Nest Hotel, since it is less than an hour away and more importantly, because it is famous for being a design hotel. (Nest Hotel is the first one in Korea to join the world-renowned hotel platform, Design Hotels.