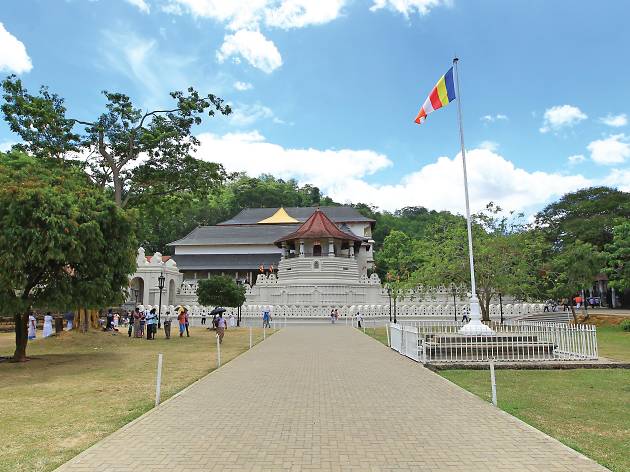 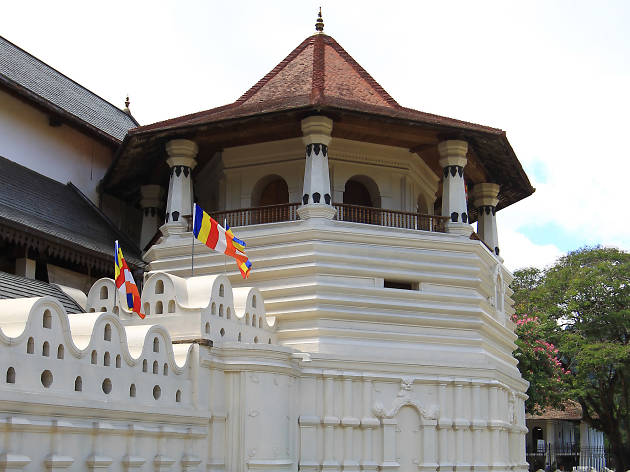 One of the most revered temples in Sri Lanka.

Situated in Kandy, the last capital of the Sinhala monarchy, the Dalada Maligawa or the Temple of the Tooth Relic is considered one of the holiest places of Buddhist worship in Sri Lanka. It was built within the royal palace complex in the 17th century CE which, houses one of the two relics of the tooth of the Buddha.

The tooth relic is enshrined in an upper floor chamber, the door of which is covered with gold, silver and ivory. The tooth relic rests on a gold lotus flower and is encased in seven gold caskets studded with precious stones. The Esala Perahera is one of the most colourful religious ceremonies associated with the temple. This annual festival of yore, parades the streets of Kandy for ten consecutive days in August. Decorated elephants, princely men, and torch carriers accompany the tooth relic as dancers and drummers gyrate resplendently to the sound of drums.

The Sri Dalada Museum is spread across two floors in the Aluth Maligawa, the latest addition to the Maligawa, and comprises of relics and gifts that were given to the temple