Shrine of Our Lady of Madhu Church 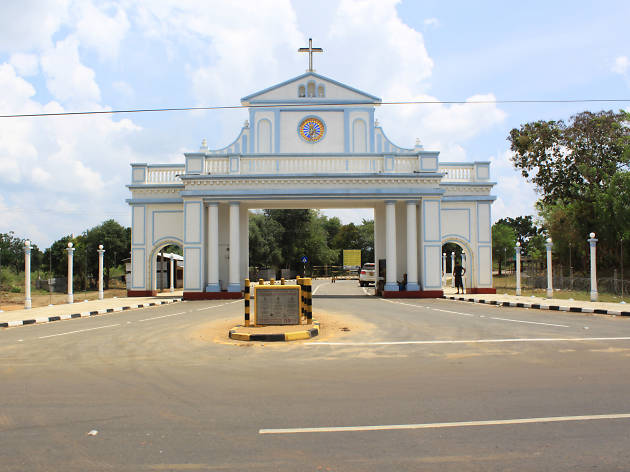 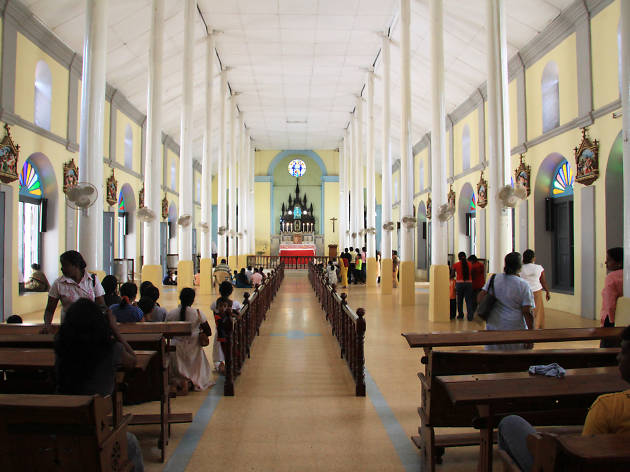 One of the most revered churches in the Island.

Amidst the many legends surrounding the origins of the church the most likely one is that the statue of the Virgin Mary carrying Baby Jesus, arrived in Mannar aboard a ship from either Portugal or Goa. The worship of the Virgin Mary, took root at this spot amongst a small community.

In 1670, 20 Catholic families fled Mantai with the miraculous statue of the Virgin Mary amidst Dutch persecution. They had stumbled upon a forest hamlet named Maruthamadhu adjoining an ancient tank, where they had settled and were soon joined by about 700 other Catholics and seven priests fleeing from Jaffna. Among them was a Portuguese named Helena, who created a humble mud structure to house the statue. A strong community, devoted to the worship of the Virgin Mary, took root at this spot.

The small church gradually earned repute for possessing the power of healing drawing more devotees to seek refuge. In 1705, it was renovated by Bishop Joseph Vaz who arrived from Goa in disguise to avoid persecution from the Dutch. The church gradually evolved in structure and its famous annual pilgrimage was initiated by the Oblate Bishop Christopher Bonjean, OMI, in 1872. He arrived in 1868, following his missions in India and discovered the small mud church in a state of ruin and extensive renovations were carried out some years later. The magnificent façade, a spacious presbytery, and the chapel of the Blessed Sacrament were added in time.

Every August, the small town of Madhu witnesses the arrival of hundreds of thousands of Roman Catholics from all parts of Sri Lanka to celebrate the annual Feast of the Visitation. Although the church celebrates several festivals throughout the year, the Madhu Festival in August is probably the most important Catholic event, drawing hundreds of thousands of believers from across the country. While the feast in August is indeed exceptional, the faithful arrive throughout the year. Pope Francis I visited Madhu Church during his visit to Sri Lanka in January, 2015.