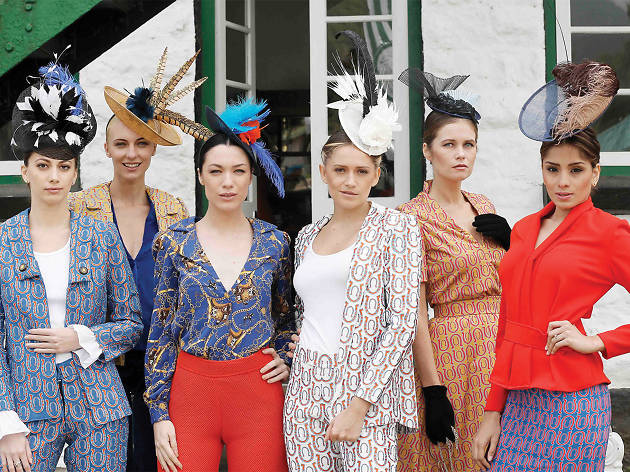 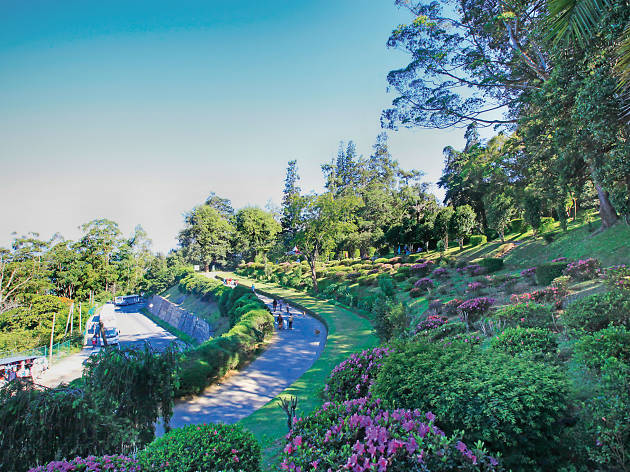 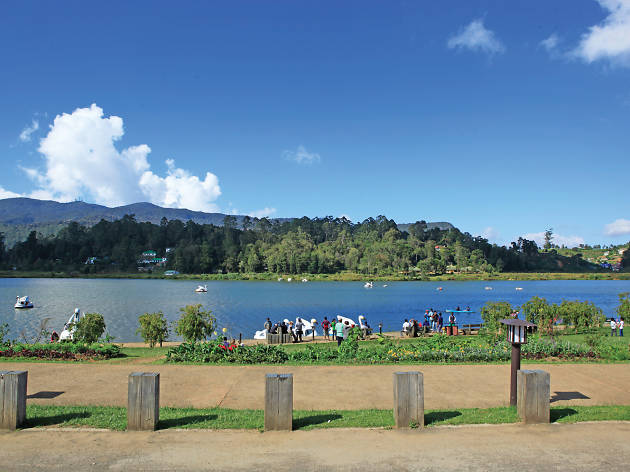 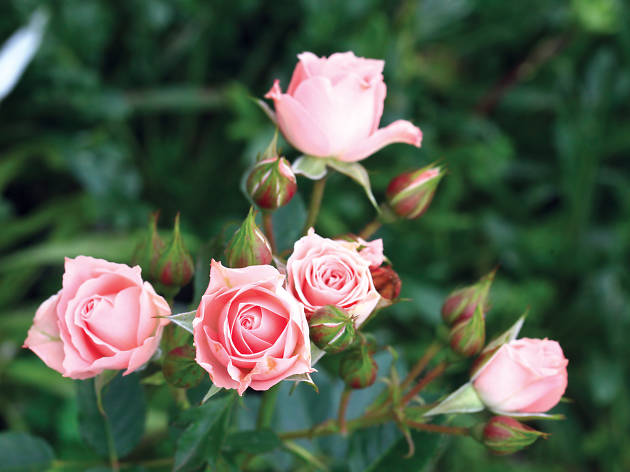 Nuwara Eliya, once the British retreat in the hills to beat the April heat, has now become the Lankans’ getaway to chill out in cooler climes during April’s festive Sinhala and Hindu New Year season. Plan early to avoid the rush (see hotels) and decide on the places to visit. But the rush to the mounts is not merely to admire its beautiful scenery and watch the clouds roll by. There is definitely a whole lot more in the cup than Nuwara Eliya’s world famous tea that this town fondly called ‘Little England’ has to offer to the throng of visitors.

It’s the time when the hills come alive with the buzz of activity. For starters, it’s the horse racing season when Lanka’s Ascot is held and the racing calendar is full throughout April, giving horse racers not only the chance to have a flutter on the horses but also to dress up in the style and manner of lords and ladies in Ascot’s royal enclosure with a chance of winning a prize if adjudged the best dressed.

Lake Gregory is a man-made lake commissioned by Governor Gregory in 1873. Trout was introduced to the lake in 1889. It was once famed for trout fishing but now only common carps remain to be fished. The entire area has now been developed and an entrance fee is charged to enter the premises which provide a variety of activities for the whole family to enjoy; and the children will love it. Here you can ride the ponies, go on a boat ride round the lake or ski the lake waters on your own jet ski available for hire. Paddle your swan boat and laze over the water while your legs do the propelling.

You can visit the Victoria Park. It is open to the public dai- ly from 7am until 6 in the evening and an entrance fee is charged to enter the park. This 27-acre well laid park is a favourite with the visitors, many who come to picnic under the imposing trees that soar sky-high – some of them planted by notable personalities. Its many colourful flower beds and the presence of migratory birds make it a huge draw. Just opposite the park is the fruit market. Here you can select the vast array of the choicest fruits nature produces in Nuwara Eliya.

For the more adventurous, there is Sri Lanka’s highest mountain Piduruthalagala to climb.
There also many adventure treks through wooded areas one can make. Two kilometres away from town is Nuwara Eliya’s nearest waterfall, called Lovers Leap. At Lovers Leap, the water descends 30m and flows down a rock face and continues headlong without falling to a pool.

Other places of interest around Nuwara Eliya are the Hakgala Botanical Gardens 10km, mesmeric Horton Plains National Park 32km, and the Moon Plains which is a protected wildlife sanctuary. With so much to offer, all the more reason to be in Nuwara Eliya, now that April is here.