If you are ever in the island, a visit to Colombo is a must. With an ever changing skyline, cosmopolitan dining scene, art galleries, and an extensive shopping experience, the city offers a one-of-a-kind adventure. Even if you are on a tight budget, there are still many things to do.

This is Time Out Sri Lanka’s list of things to do in Colombo, at a cost of almost next to nothing.

Note: While most of the places on our list do not have an entrance fee, call ahead to double check about ticket prices and opening hours, especially on Public Holidays. 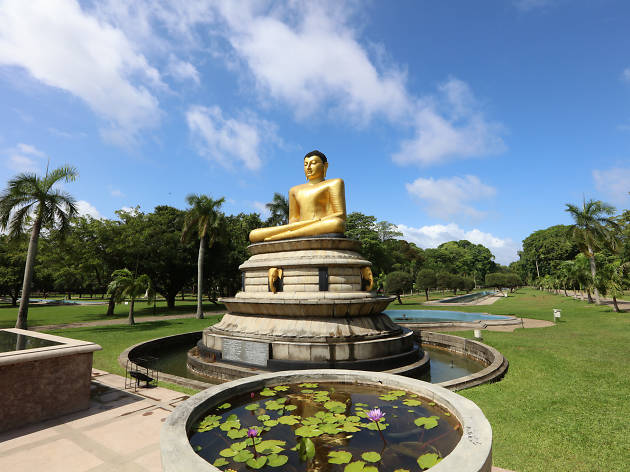 Viharamadevi Park is the oldest and largest public park in Colombo, and it offers hours of tranquil respite from the city bustle.

The beautifully pruned Park with pretty flower gardens also has several fountains. The lake in the centre has a suspension bridge extending over it. There is also a children’s play area, an aquarium, a café and open air theatre. An enchanting aspect of the park are the many fountains. Important landmarks include the Cenotaph War Memorial and Buddha Statue. For fitness enthusiasts, Viharamahadevi Park has a jogging track and a cycle path. The freshly mowed grass covered lawns are perfect for relaxing and family picnics. At sundown the park is spectacular with street lamps glinting along the walkways.

Don’t miss: The candy floss. Probably the only place in Colombo to find candy floss everyday. Also available are yummy achcharu and of course, ice cream. 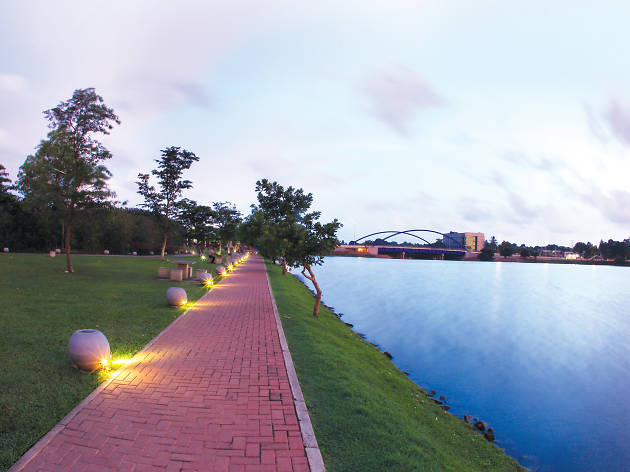 Wetland Parks including the Talangama Wetland in Pelawatte, and Beddagana Wetland Park and Diyatha Uyana in Sri Jayawardenepura Kotte are important habitats for avian life in the heart of Colombo.

If you are a wild life enthusiast, an avid photographer, or if you just want to getaway from the hustle, visit the quiet Wetland Parks in Colombo.

The Talangama Wetland in Pelawatta, 30 minutes away from the city, is a lake filled with mangroves that many birds call their home. Paddle a boat across the lake and glide inside the labyrinth of mangroves to get a glimpse of birds. Or set up your camera on the narrow bridge spanning across the small canal and capture perfect moments of avifauna. The park also has a jogging and cycling track.

Beddagana Wetland Park bordering the Diyawanna Oya is 40 minutes away from the city. The park is open from 6 am to 6 pm, and if you are a birdwatcher the best time to visit is in the early morning hours. A raised platform walkway takes the visitor through the swamp and wetland forestry. There are bird watching huts, a tower and two decks suspending over the waters offering the best views of the Beddagana Wetland Park. The walkways are named according to the kind of wildlife that frequents that area of the park, making it easy to navigate through the Wetlands. Diyatha Uyana, which is also along the Diyawanna Oya, offers both a glimpse of wetland nature and recreational facilities. The park includes a restaurant hub, market place for organic and eco-friendly goods, walkways, cycle paths and a children’s play area.

Don’t miss: The view from the floating deck in the Beddagana Wetland Park at sunrise or sunset. 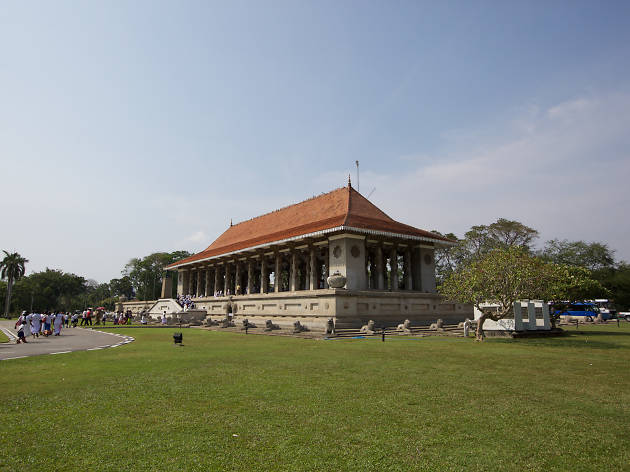 The serene Independence Square is the site of the Independence Memorial Hall, a national landmark built to mark the start of Sri Lanka’s self-rule when the country gained independence from the British in 1948.

The most iconic and important landmark in Colombo is the Independence Memorial Hall, which is designed according to Kandyan tradition, and celebrates the hereditary artistry and architecture of Sri Lanka. At the basement of the Hall is the Independence Memorial Museum, which celebrates the island’s journey towards Independence. There is also a statue of the Father of the Nation, the island’s first premier D S Senanayake. The Square comprises of two ponds, grass lawns, paved pathways and jogging tracks. It is a popular place for fitness enthusiasts and yoga.

The Square eventually leads to the Arcade Independence Square, a contemporary shopping mall with restaurants, bars, cafés, designer retail outlets and a cinema. The pristine building itself has a long history that you can learn about at the site.

Walking straight onwards from the Independence Monument one comes across the Race Course Complex. Sri Lanka’s first horse harnessing complex was also a temporary airfield during the World War II. Today, the Race Course Complex is a shopping mall with diverse retail and culinary outlets. The field nearby is a popular venue for sports, especially matches of the Sri Lankan Rugby League.

Don’t miss: The moment when the fountains at the Independence Square are lit up. Be enthralled by the sight of multi-coloured jets of water shooting out in tandem. 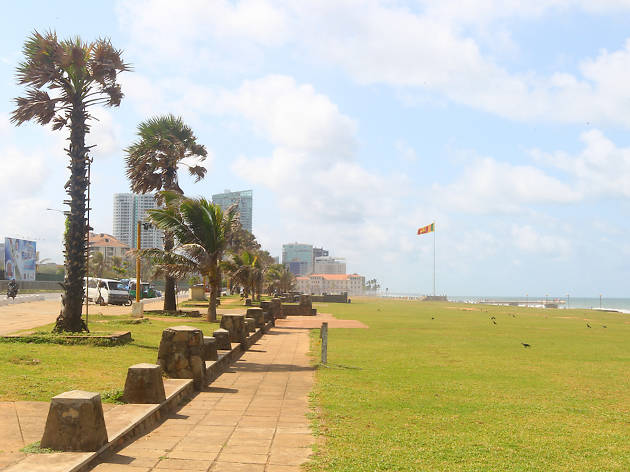 A green turf and promenade overlooking the sea.

Galle Face Green is a combination of sun, sea, and breeze, making it an ideal destination to unwind after a hectic day. Surrounded by luxury hotels and resorts in Colombo, the Galle Face Green offers ample space for a walk fanned by sea breeze, a place to snack on delicacies street food, and buy some inexpensive keepsakes, especially for the kids. Head to the Pier to watch the roaring waves. Or walk along the promenade and entice your tastebuds with delicious bites of isso wadey (prawn fritters), maniokkya (casava) chips and kadala (chickpeas).

The strong Western winds make the turf a popular place for kite flying, especially from June to September, and it is the venue of the National Kite Festival. 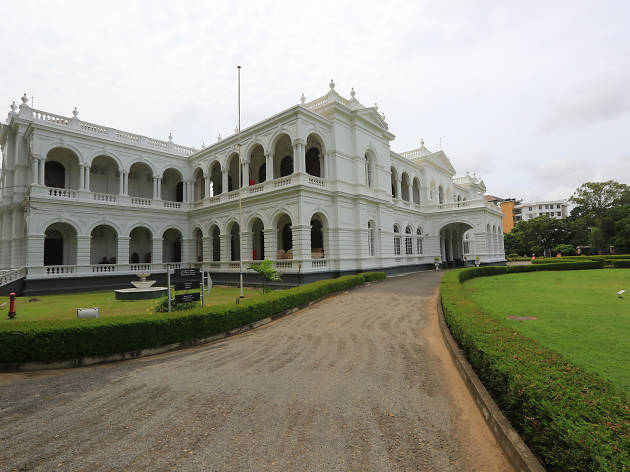 The National Museum of Sri Lanka, which preserves the island’s historical legacy and important artefacts.

The Colombo National Museum offers a glimpse into the country’s journey across over two millennia of history and an understanding of folk life and traditions. It would provide vital knowledge, especially before you embark on explorations throughout the island. The two storied, pristine white building built by the British in 1877 is designed in neo-renaissance Italianate style. The galleries on the ground floor are arranged according to historical sequence, while the upper floor is organised according to themes. Stroll through time and evolving civilisation. The Museum library is a great place to learn more and obtain study references. If you want a break, there is a café on site.

Don’t miss: The National Museum of Natural History, which is in the adjacent building. 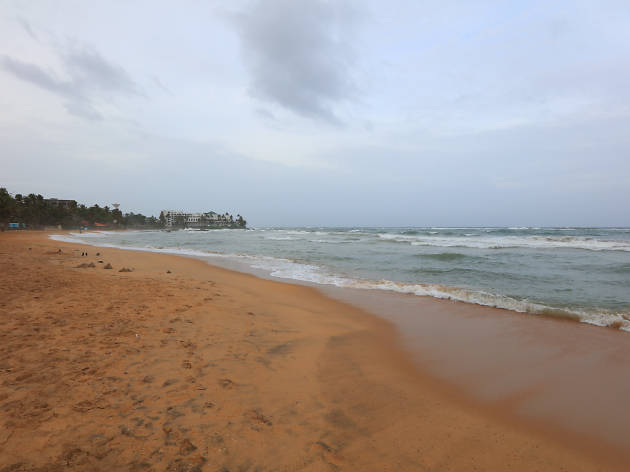 Beautiful stretches of sandy beaches with clear views of the sea and sky, on the outskirts of Colombo

Mount Lavinia beach, popularly called the ‘city beach’ is the most sought-after beach in Colombo. Famed for its soft sands and magnificent views, the beach is accessible from many laneways from the A2 Colombo-Galle Highway. Restaurants, bars and eateries dot the shoreline offering a laidback and casual dining experience. On weekends the beach is filled with families and friends enjoying the cool waters and warm sands. While its relatively less crowded on weekdays, the beach is frequented by joggers as well as people doing yoga and meditation.

Wellawatte beach is a fairly known but less crowded beach in Colombo. Many visit in the evenings to watch the sunset from the naturally formed seats of rock. The train passes by once in a while on the seaside railway adding to the aesthetic of the beach. 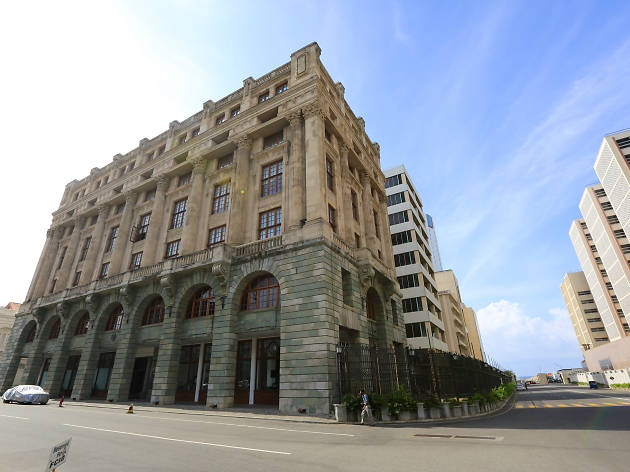 Built inside the Central Point Building, a restored colonial building, the museum offers insight into the past and current conditions of currency, and features a souvenir shop where you could find commemorative coins and other collectibles as well. History enthusiast, collectors and numismatists would be enticed by the experience. The building with colonial features and artistry is also part of the experience.

Don’t miss: Inside the circular atrium is the longest chandelier in Asia, which stretches across seven floors. 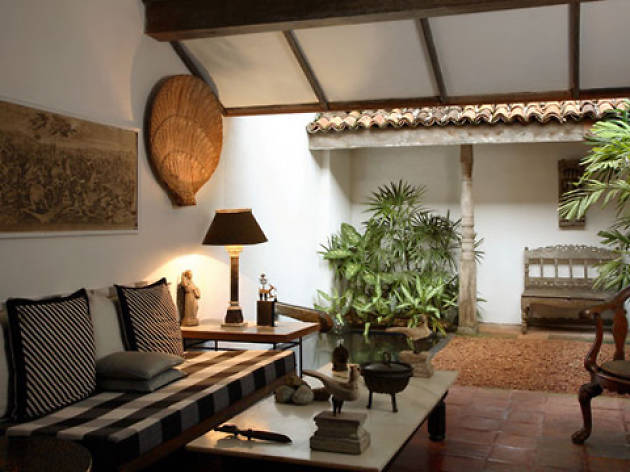 The residence of the renowned Sri Lankan architect, Geoffrey Bawa.

Geoffrey Bawa, the celebrated Sri Lankan architect and creator of “tropical modernism”, redesigned four houses into one great bungalow to build Number 11. Here light and space is incorporated into a fine design. Number 11 features Geoffrey Bawa’s life and work, and gives prominence to the display of his meticulous design of the structure.

Several rooms are available for overnight stay, especially for those who wish to immerse themselves in the splendid architecture and experience the architect’s concept. Reservation for stays and personal tours is highly advised. 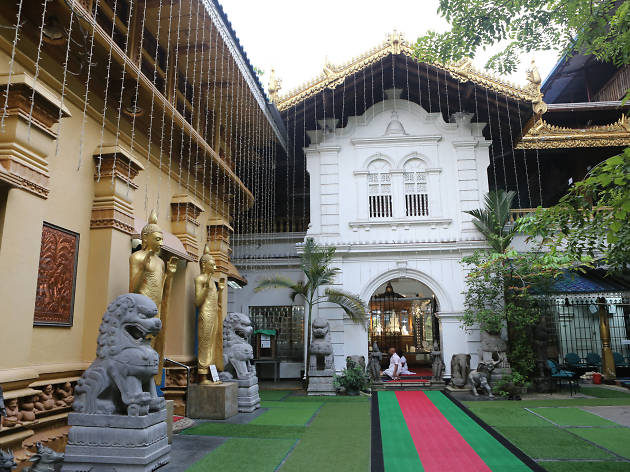 Sri Lanka is a melting pot of culture with a society of many different faiths. While Buddhism is the main religion of the country, there are many other faiths. Therefore, across Colombo are beautiful and historically important places of worship that are attributed to these different faiths.

Established in the late 19th Century by Hikkaduwe Sri Sumangala Nayaka Thero, Gangaramaya is one of Colombo’s most ornate Buddhist temples. Within the temple are beautiful statues and a Relic Chamber that is of great importance to Buddhists. The Seemamalakaya built on the Beira Lake in front of the temple is another beautiful attraction of the temple.

Jami Ul-Alfar Mosque, colloquially known as the Red Mosque, is famous for its unique architecture, which is a mix of Indo-Islamic and Indian architecture, and Gothic and Neo-Classical style. The Mosque built in the early 20th century stands out due to its striking red and white façade and unique designs inspired by the shape and colour of a pomegranate.