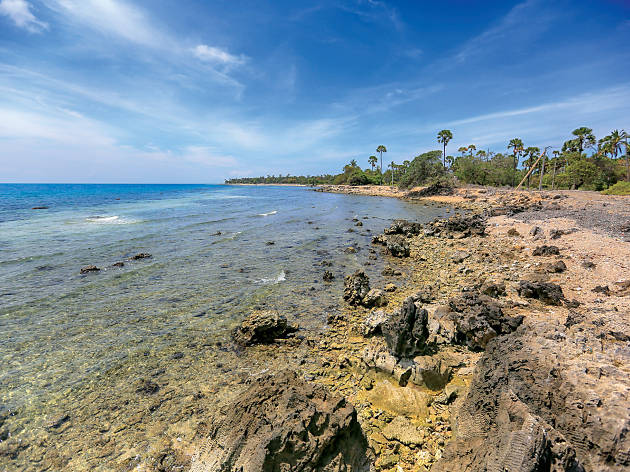 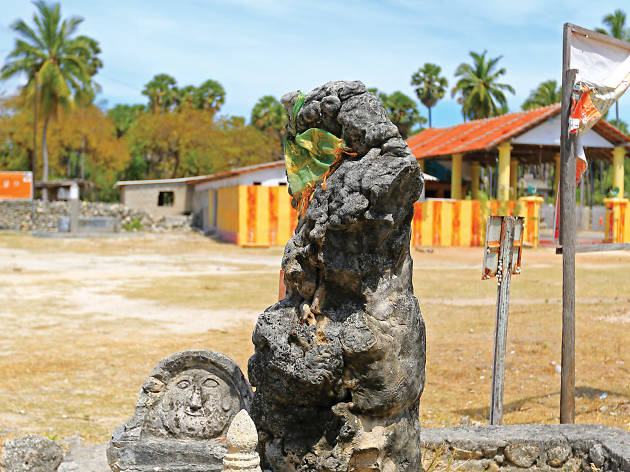 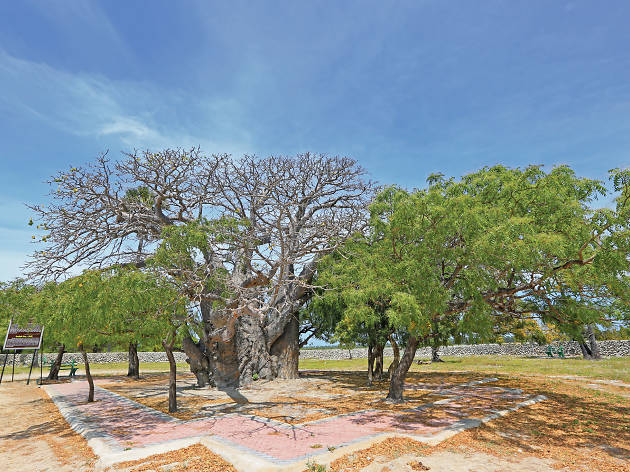 The adventure to Delft Island begins at the Karikadduwan Jetty in the Punkudutivu Island of Jaffna. After an hour’s ride by boat, one arrives at the mysterious island.

Life on the island is simple yet intriguing on the isle. The coral walls that surround the homes are almost as symbolic as the palmyrah trees. There are many mysteries to discov- er apart from the Dutch remnants, left centuries ago.

The “Growing Rock”, a stone said to naturally grow is wrapped in a shimmering cloth, is treated as sacred as it takes the form of a cobra. Or visit the Giant’s Foot, a thrilling print in rock. The Baobab Tree with its charming outstretched arms, captivates the onlooker with wonder. It is a native of Africa, believed to have been introduced by Arab trader’s eons ago. Another tree of interest is a single banyan tree, which creates an almost magical forest of vines.

The old Dutch Fort, even in its peaceful ruins, indicate the shadow of the once grand structure. Travelling through the desolate land, in a vast pastureland, one would suddenly encounter massive herds of wild horses, beautiful and majestic. They are believed to have been introduced to the island by col- onisers who bred horses here.

The Queen’s Tower is perhaps one of the most fascinating remnants left behind by the Dutch. Though simple in architecture it is possibly one of the most charming lighthouses in the island. A fire is lit at the bottom of the tower, the light carries upwards through the tunnel and becomes a beacon for ships on dark and stormy nights. Visit the isle of Delft and discover it’s enigmatic character.