There’s a pretty good chance you’ve been spending just a little more time than usual indoors this year. Stay-at-home guidelines have had most of us confined to our homes for much of 2020, and that means we’ve all been desperately trying to find new ways to keep ourselves entertained without having to leave the house.

Now, as shutdowns are being reintroduced around the world to fend off a second wave, we wouldn’t blame you if you had a little less motivation to seek out new activities to do at home. You’ve exhausted Netflix and Amazon Prime. You’ve made every cocktail you can remember enjoying in an actual, IRL bar. And banana bread, sourdough and Houseparty just aren’t cutting it any more.

Like you, we’re craving totally new, one-off events that are exciting enough to enliven any government-mandated night in. So it’s pretty fortunate that in the brave new iso world, every week comes with a whole host of live-streaming plays, music, talks, films and other online events around the world. More often than not, they’re also available for free. Ready? Here’s our pick of the best virtual things to do at home this week.

RECOMMENDED: 101 best things to do when you’re stuck at home

Best virtual things to do at home this week 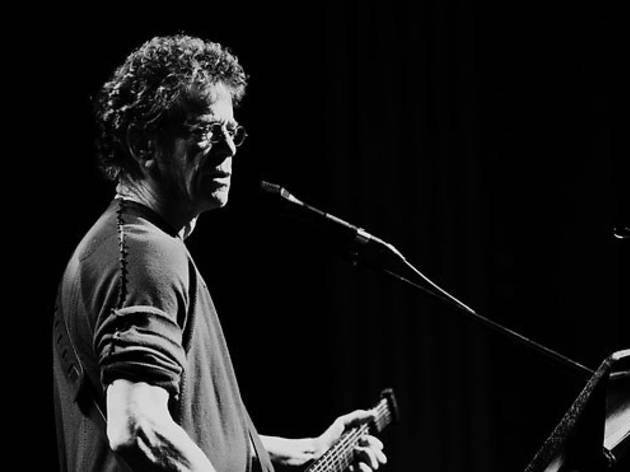 In 2006, towards the end of his storied New York career, Lou Reed returned to the city’s St. Ann’s Warehouse to perform a staged version of his then-underrated album ‘Berlin’, directed and designed by artist Julian Schnable and featuring performances by Sharon Jones, Anonhi and the Brooklyn Youth Chorus. It is streaming on St. Ann’s website all week. Until Nov 29. Free. Tune in here. 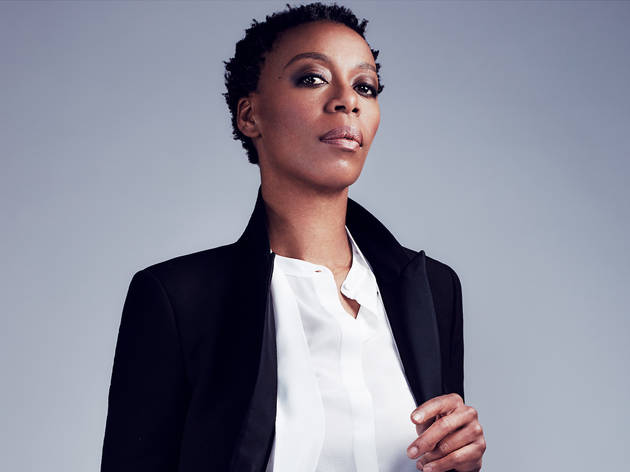 The shows must go on… and on. After launching in April with seven Andrew Lloyd Webber productions, and later going on hiatus for two months, the YouTube channel The Shows Must Go On! has now resumed sharing free theatre works every week. This week’s offering involves all 154 of Shakespeare’s sonnets being interpreted by an array of marvellous actors. Among the readers doing 16 lines are Fiona Shaw, Noma Dumezweni, Patrick Stewart, David Tennant, Harriet Walter, Stephen Fry and Dominic West. Available all week. Free. Tune in here. 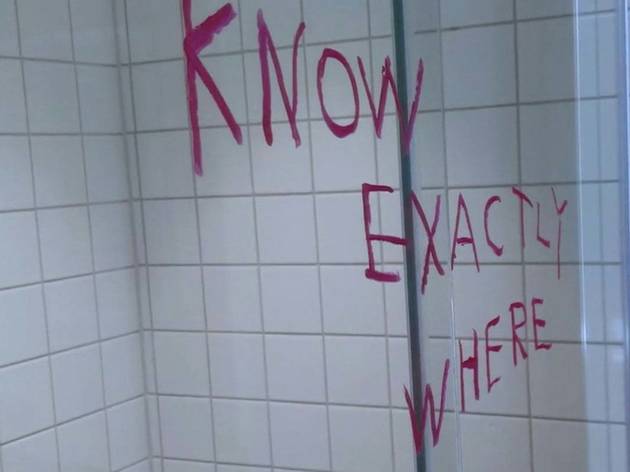 Online entertainment has upped its game this year, thanks in part to interactive ‘experience makers’ like Swamp Motel, who use a mix of theatre, storytelling, gaming and puzzling to help people socialise through a screen. Its latest, ‘The Mermaid’s Tongue’, is a computer-based murder mystery where your ‘team’ plays detective. It starts with an innocent online life-drawing class, until increasingly urgent chat messages from a woman named Daisy get you tangled up in a conspiratorial gothic art heist. Until March 31. £15. Tickets here. 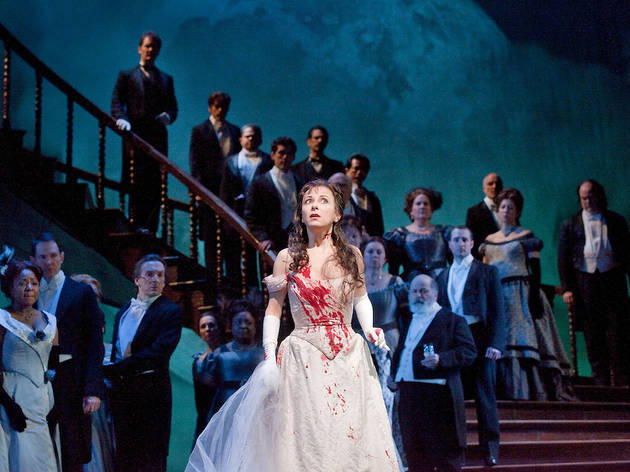 New York’s Metropolitan Opera continues its immensely popular rollout of past performances, recorded in HD and viewable for free. A different archival production goes live at 7.30pm each night and remains online for the next 23 hours. Click here for this week’s complete schedule, which includes works by Verdi, Strauss, Donizetti and Wagner. Every day. Free. Tune in here. 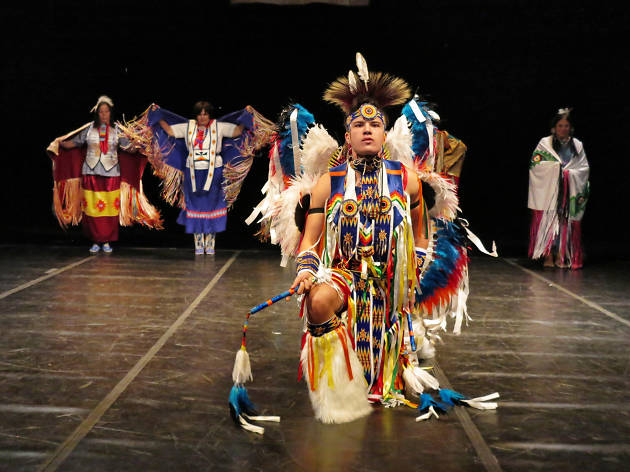 In normal times, the Joyce Theater hosts a continuous rotation of top dance companies from across the USA and around the world. Now the New York venue is sharing archival recordings of productions from artists who have appeared there. Four pieces go up at once, and remain available for one month. The November lineup includes: tap dancer Michela Marino Lerman’s ‘Love Movement’, and a collection of short works by Thunderbird American Indian Dancers, emceed by director Louis Mofsie. Until Dec 6. Free. Tune in here.

Did you book an ambitious hiking holiday that’s since been made redundant by lockdown restrictions? Try this online festival which will probably pale in comparison to your plans, but still has some interesting stuff going on. At the online version of the UK’s Kendal Mountain Festival, you can watch adventure docs with names like Over the Edge and Ten Thousand Bolts and get tips on open-water swimming from people who have dedicated their lives to freezing outdoor dips. Until Nov 29. From £5.50. Tickets here. 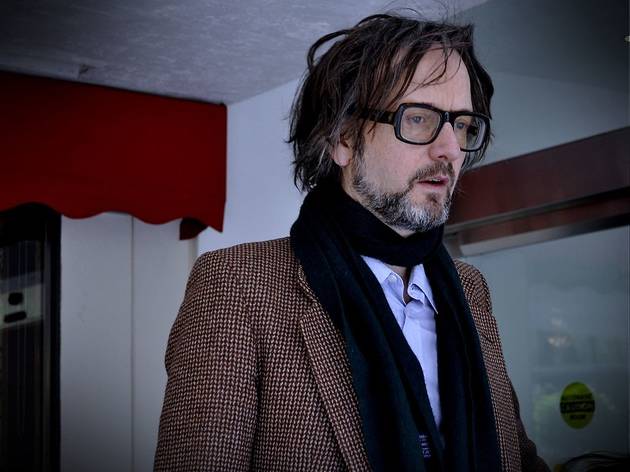 Considering how fraught and claustrophobic life in lockdown can feel, it seems pretty apt that this performance of ‘Beyond the Pale’, the debut album from Cocker’s new band Jarv Is..., was recorded inside an actual grotto known as the ‘Devil’s Arse’. And yet, the show doesn’t amplify the sense of being hemmed in. In fact, it’s a truly mesmerising – if all-too-fleeting – ticket out of there. Until Dec 3. £15. Tickets here. 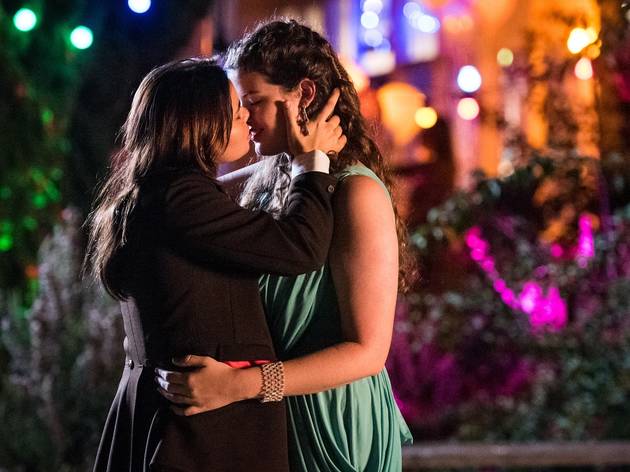 After its original March dates became untenable, Melbourne Queer Film Festival returned to our screens via an online festival in July. This November the festival is back again, continuing to promote inclusion, community and the celebration of all LGBTQ+ people in Melbourne Queer Film Festival Interrupted – the festival’s biggest-ever foray into the online world, with more than 50 queer films available anywhere with an internet connection. Until Nov 30. Prices vary. Tickets here. New York’s Architecture and Design Film Festival is back (virtually) this year, with an array of screenings dedicated to some of the world’s most iconic architects and designers, including Paul R. Williams, Alvar Aalto, Albert Frey and more. Attendees will also hear from directors during Q&A sessions and introductions with high-profile special guests like architects Bjarke Ingels and Glenn Murcutt. The films are only available to stream in the US and Canada. Until Dec 3. From $10. Tickets here. 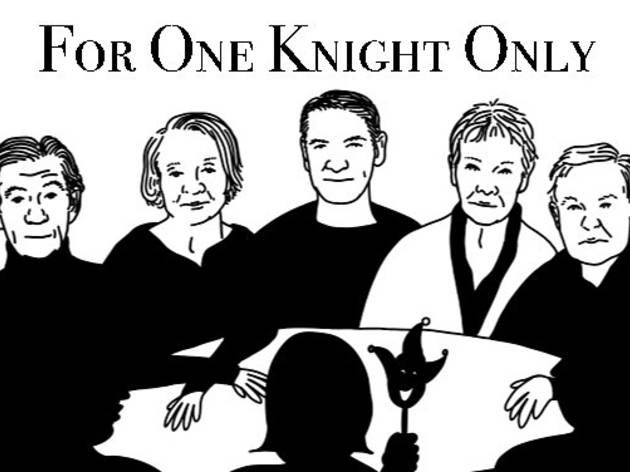 Photo by For One Knight Only

The brilliantly named ‘For One Knight Only’ is a lot more than just a cracking pun, it’s a live online Zoom Q&A between some of the UK’s most famous theatre knights and dames: that would be Sir Ian McKellen, Sir Derek Jacobi, Dame Judi Dench and Dame Maggie Smith, with young buck Sir Kenneth Branagh acting as host. It’s raising money for a good cause: actors’ charity Acting for Others. Nov 29. £45. Tickets here. 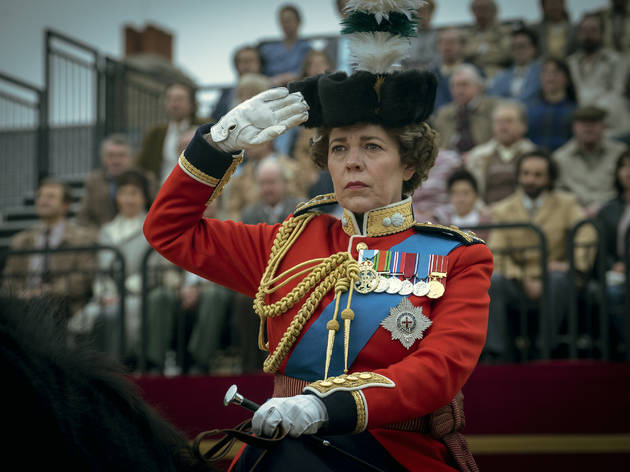 The Brooklyn Museum and Netflix have teamed up to offer a super-cool 3D exhibit of costumes from both The Crown and The Queen’s Gambit. You’ll see the Queen Elizabeth II’s ‘Trooping of the Colour’ riding habits and her tweed Braemar Gathering suit, as well as the stunning wedding dress worn by Princess Diana in the show. The ’60s outfits from The Queen’s Gambit reign supreme on the other side of the room. Until Dec 13. Free. Check it out here. 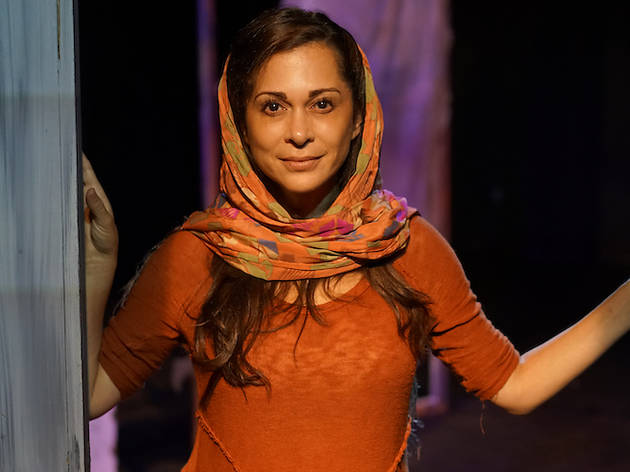 Jessica John stars in ‘No Way Back’, Mahshid Fashandi Hager’s solo play about escaping Iran as a ten-year-old girl during the Revolution in 1979. Fran Gercke directs the world premiere for San Diego’s Roustabouts Theatre Group. The show has been filmed and is available on demand. Until Dec 13. $25. Tickets here. 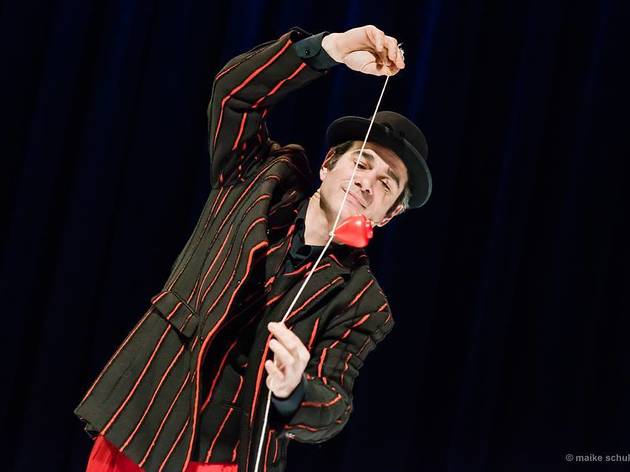 More actually fun things to do at home 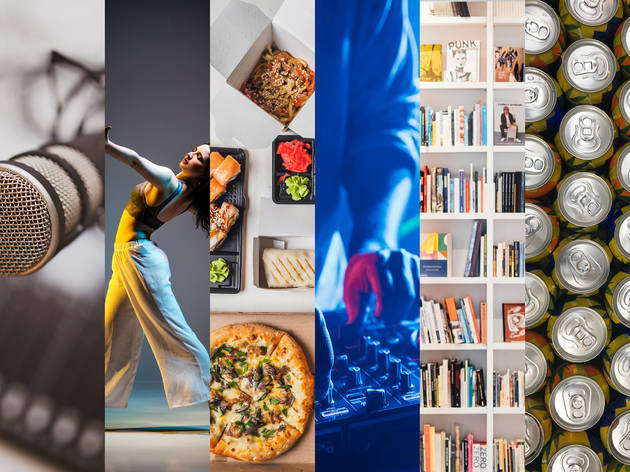 This is our ultimate list of things to do indoors – from curated lists of the best movies and greatest podcasts to indoor fitness, online learning, games to play, amazing live-streams to tune in to, and some offbeat activities dreamed up by creative people around the world.