If you’re obsessed with Japan’s quirky robots, there will soon be a new bot to meet at convenience stores around Tokyo. Earlier this summer, konbini chain FamilyMart announced it would be rolling out a new line of remote-controlled robot in store to help improve efficiency and reduce operation costs.

Now the idea is becoming a reality – the robots are being tested out by having them stock shelves in selected stores. The sleek robots are designed by Japanese robotics company Telexistence and are controlled by an employee stationed elsewhere, who's set up with a VR ‘augmented workforce platform’.

Along with the announcement comes our first glimpse of the new Model-T robots FamilyMart is using, and they’re pretty intense. Unlike the cute mini robot who takes orders at Mos Burger, these highly detailed bots look to be human-sized and come with large, three-pronged fingers which can help them easily grab onto items. Their small, pointed heads are like a cross between a robot cat and the villain from a mecha anime. 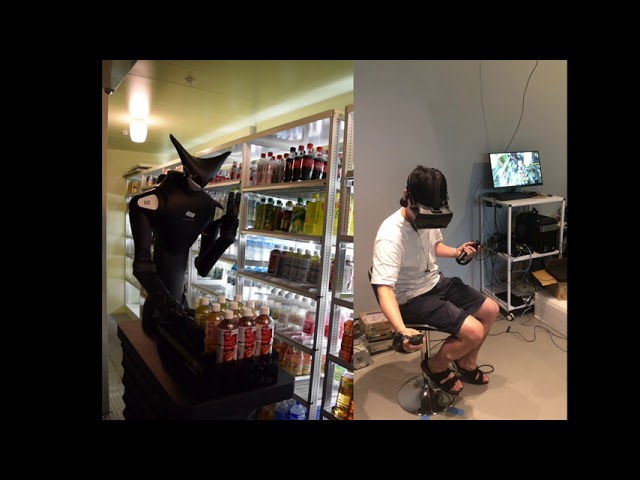 The video above shows a trial run with a human employee operating one of the Model-T robots remotely from the Telexistence office, which about 8km away. Restocking drinks in the refrigerator seems to be a breeze for the person using a VR headset and triggers to control the robot’s hands – although we have to admit, the movements aren't quite as smooth just yet.

FamilyMart hopes to have the bots operating in at least 20 locations by 2022 before eventually rolling them out to all stores. So the next time you pop in for a drink, don't be surprised to see one of these futuristic creatures beside the fridge.

In Japan, you can have your dream wedding featuring your favourite cartoon characters

Toranomon Yokocho is an exciting remake of a classic Japanese yokocho

In photos: Toshimaen, one of Tokyo’s oldest amusement parks, is closing forever