One of the many things you must do in Japan is visiting an arcade or game centre. Here you’ll find seasoned video gamers rubbing shoulders with girls dolled up for photos at purikura booths. There's also the famous crane games, otherwise known as ‘UFO catchers’ in Japan.

Unlike crane games and skill testers in the West, Japan’s UFO catchers offer high quality merch, so you can get your hands on exclusive collectable figurines and giant plush toys, or even candy and cute keyrings. Of course, playing these machines takes a lot of patience and you can often lose track of time as you try to snag your prize of choice.

Crane game pros can rejoice: there’s now a brand new game centre in Tokyo that’s dedicated to UFO catchers. The new arcade is a branch of the popular Taito Station chain and boasts a staggering 454 machines, meaning it officially holds more crane games than any other arcade in the world.

To celebrate the milestone, Taito Station Fuchu Kururu received a Guinness World Record on August 29, the arcade’s grand opening day. As you can see in the video above, it was a proper award ceremony, with the Guinness representatives even testing out some of the machines. 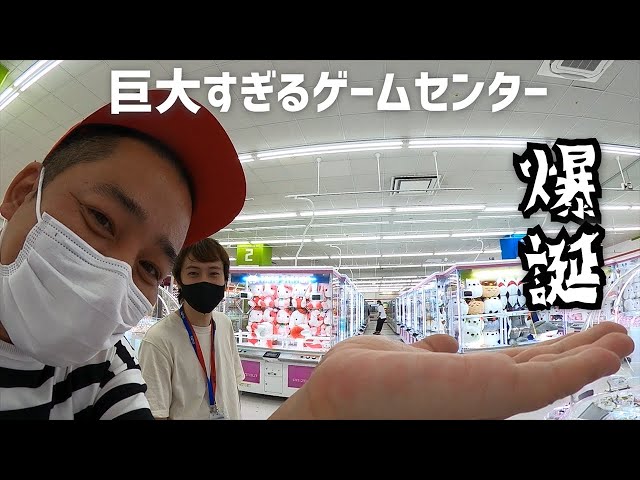 The UFO catchers range from a very affordable ¥10 per play to the standard ¥100 per play, with a fun range of prizes up for grabs. The video tour above features a lot of big name franchises, including giant Hello Kitty and Winnie the Pooh plushies, plus a range of Dragon Quest figurines. You'll find the full list of prizes available at the arcade on its official website.

Check our guide on going out safely in Tokyo – or anywhere for that matter.

Japanese cities have started live-streaming their tourist spots on Facebook