The Japanese have a knack for elevating even the most mundane things into a work of art. Case in point: the unique, intricately designed manhole covers scattered all over Tokyo and the rest of the country. While most countries make do with generic geometrics when designing lids for their underground drainage systems, Japan has turned the otherwise inconspicuous manhole cover into a form of public art fully deserving of your attention.

Initially conceived by construction ministry employee Yasutake Kameda to generate awareness and grow acceptance of costly upgrades to the central sewerage system in the 1980s, this long-running manhole art project has grown to become an iconic if underappreciated part of Japan’s urban aesthetic. Today, more than 90 percent of municipalities in Japan have their own distinctive manhole designs, usually rooted in local history and culture, and there are over 10,000 different patterns and images across the country.

A number of online communities of manhoru (Japanese for ‘manhole’) fans has grown alongside the project. As well as hunting and documenting manhole covers around the country, manholers, or ‘drainspotters’, often go to the extent of creating takuhon (rubbings) of the designs, either on paper or T-shirts. But you don’t have to embrace sewage-related clothing to gain an appreciation of these elaborate and unique handcrafted artworks. Next time you’re out and about in Tokyo, remember to keep one eye on the pavement – here are some of the best designs to help you lift the lid on one of the city’s most unlikely underground – not quite literally – art scenes… 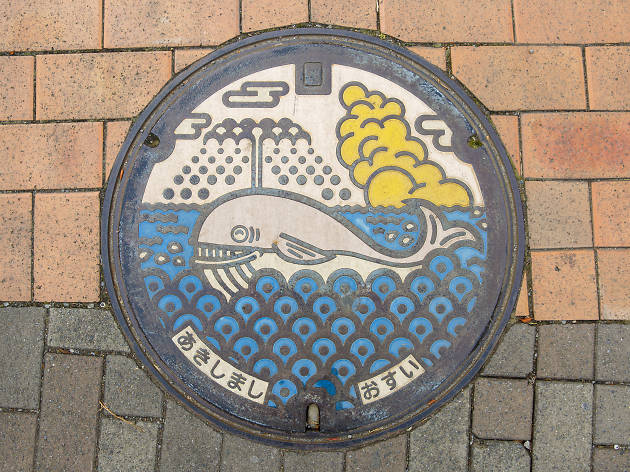 How did a whale come to grace the manhole covers of a city located 50k from the ocean? The answer can be traced to 1958, when perfectly formed whale fossils dating back 1.6 million years were found in Akishima, and this cover design was created to honour that landmark discovery. From the train station walk towards the city centre to find the most colourful manhole covers. 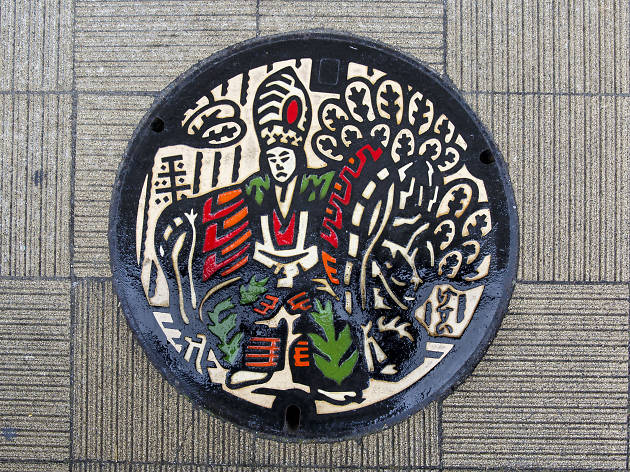 Contrary to common belief, the man on this manhole cover is not a kabuki performer but a puppet of Hachioji Ningyo, a 160-year-old puppetry company known for its dynamic movements and detailed costumes, which was designated an intangible cultural asset of Tokyo in the 1980s. Since then Hachioji Ningyo has served not only as a traditional symbol but a cultural draw used to lure people to this attractive city in the western part of Tokyo Metropolis. 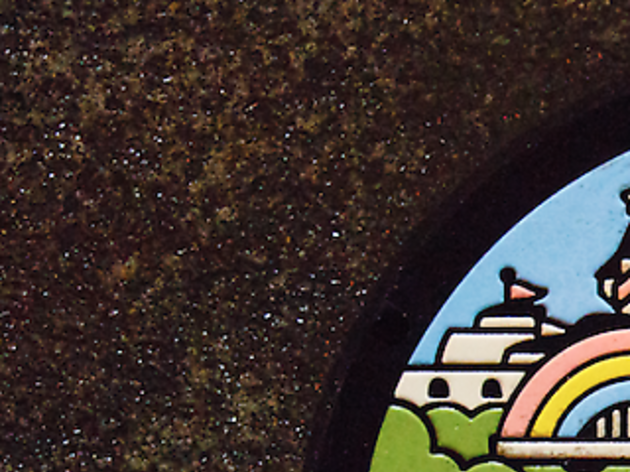 Tama, a city in the west of Tokyo Metropolis, is home to the  Sanrio Puroland theme park, where people from around the world – and by no means exclusively preteen girls – line up for a meet ‘n’ greet with the world’s most iconic mouthless cat before joining her and her feline and non-feline friends for a colourful parade. So putting Hello Kitty on Tama’s manhole covers to turn them into a bonus attraction for visitors makes perfect sense. The city’s official website has a map detailing their locations. 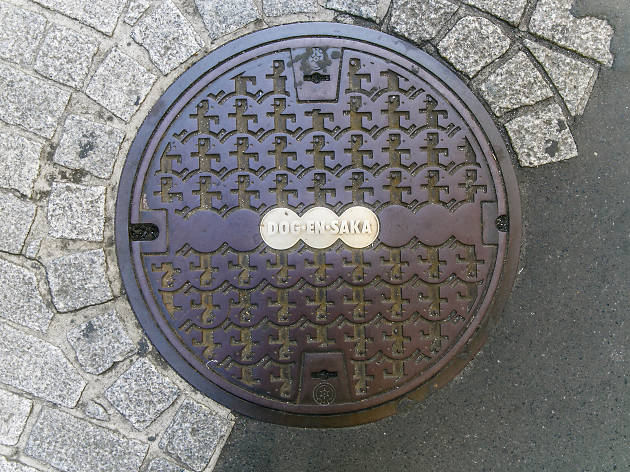 It’s easy to walk over this manhole cover on Shibuya’s bustling Dogenzaka and think nothing of it. At first glance it looks like lots of people running, but it’s actually a puzzle with hidden meanings. The clue lies in the wordplay: Dogenzaka has become ‘Dog-en-saka’, a nod to the faithful dog Hachiko (a dog so loyal it continued waiting for its owner nine years after his death), whose statue is nearby. Look closer and you’ll notice the dogs in between the running men. Clever, eh? 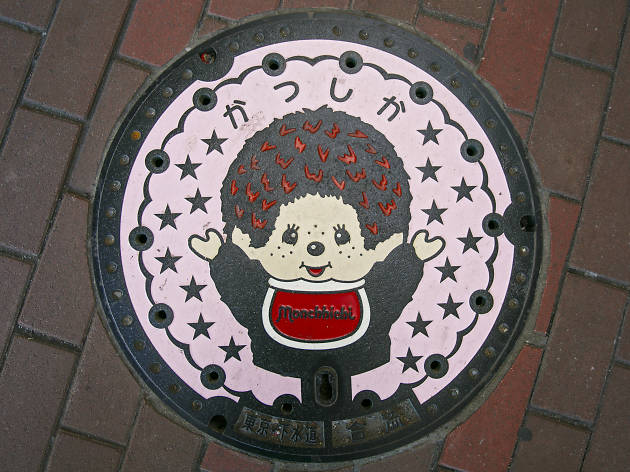 Shin-Koiwa is home to the Sekiguchi Corporation, creators of Monchitchi, an adorable freckled toy monkey with a gingham dress. Although the loveable primate has faded from public life since its 1980s heyday, the town is still promoting itself as the home of the cuddly doll and you’ll find Monchitchi manhole covers across the city – there’s a park named after him and even a bus all decked out in his image.

More art in the city 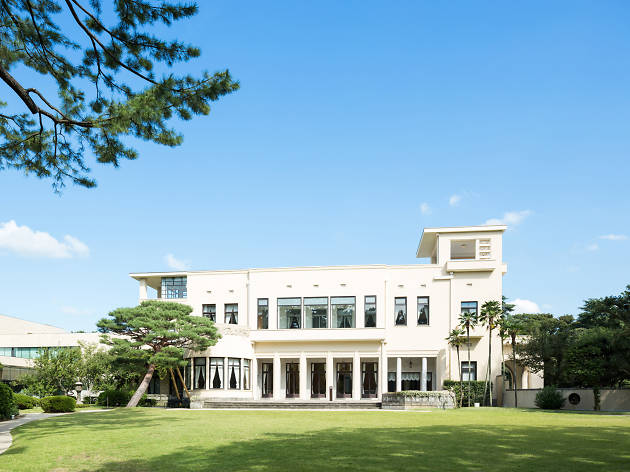 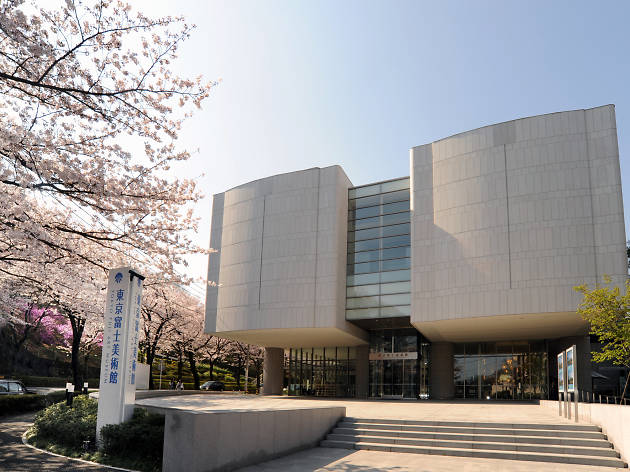 Tokyo is a city of museums; make the most of your visit with these discount and free museum days in the city 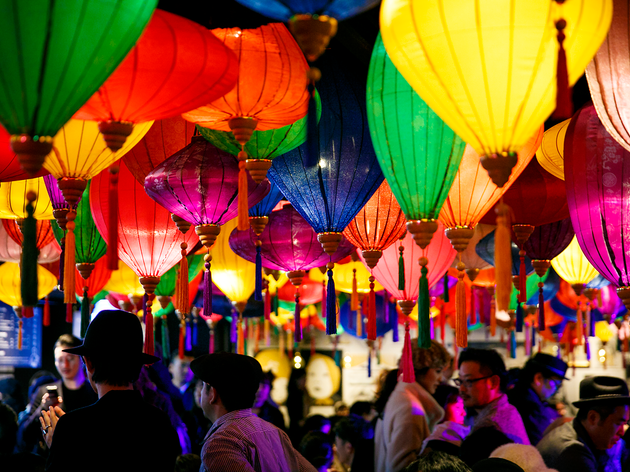