When hunger kicks in and you want something fast (and a gas station snack won’t do), you can hit up Popeyes, McDonald’s or one of the other top fast food chains to satisfy your cravings. But for many of us, it’s gotta be Taco Bell. The Mexican-inspired chain is ubiquitous, and in some places it’s open much later than others, making it an obvious choice for late night munchies.

The Taco Bell items on the menu are packed with cheesy, crunchy, portable snacks and meals that, in many cases, are fun to say (Quesarito, Chalupa and Nachos BellGrande just roll off the tongue). The ingenious offerings mashup brands, flavors and textures that make eating an experience. A Dorito-flavored taco shell? A crunchy AND soft taco in one? Frozen Mountain Dew? These Taco Bell items are hard to beat.

But which of these creations are the best Taco Bell items? We took on the very difficult task (not really) of trying the most popular items to find out which ones should be at the top of your list. From Cheesy Fiesta Potatoes to the Nacho Cheese Doritos Locos Taco and Crunchwrap Supreme, we’ve ranked them all. Check out the results and see if your faves rank amongst the best Taco Bell items on the menu.

There are certain things that Taco Bell does really, really well—like mashing up menu items and coating taco shells in Doritos dust. But when it comes to burritos, there's plenty to be desired. This excessively cheesy five-layer monstrosity is no exception. By the time you get it home, the seasoned beef, beans, sour cream, cheese and nacho cheese have melded together into a sticky, gloppy mess. 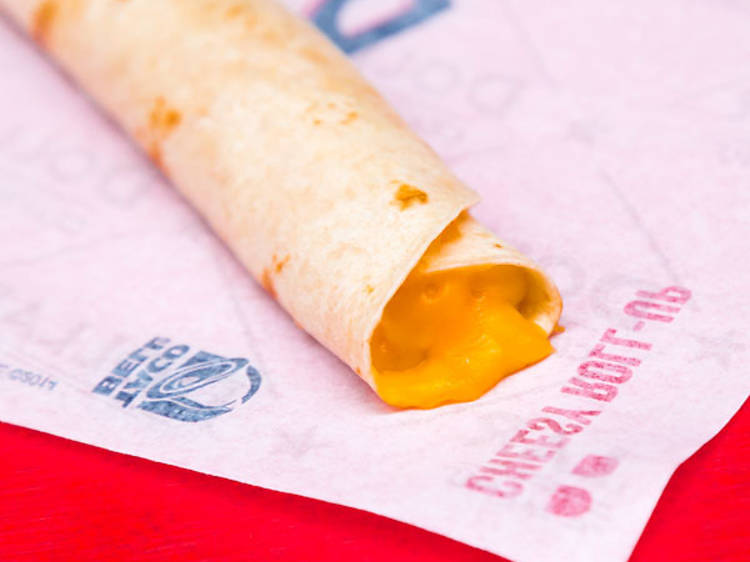 You might think to yourself, 'It's only a dollar—I might as well toss in a Cheesy Roll Up in case I'm hungry later.' Save your dollar, unless you've got a picky kid in the car. This stripped-down, rolled-up quesadilla is rubbery and bland at best.

There's technically nothing wrong with the Bell's soft tacos, but there's nothing exceptional about them either. Treat yourself to an upgrade and spring for a mind-blowingly delicious Doritos Locos taco or go all out with a Cheesy Gordita Crunch—both will fill you up faster than the softie. 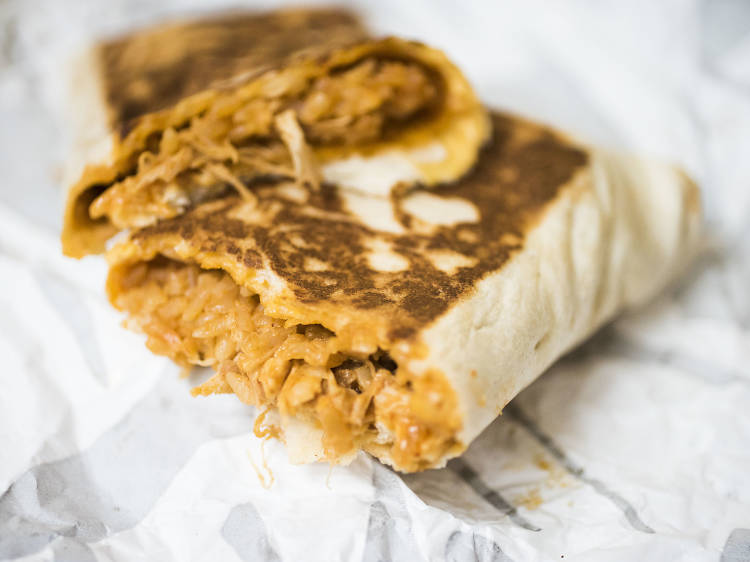 For the uninitiated, the Quesarito is essentially a burrito wrapped in a very cheesy quesadilla. The good news is that it can be stuffed with black beans or beef, making it a vegetarian-friendly menu item. The bad news is that it's a bit of a mushy hodgepodge once you actually take a bite. We'll pass. 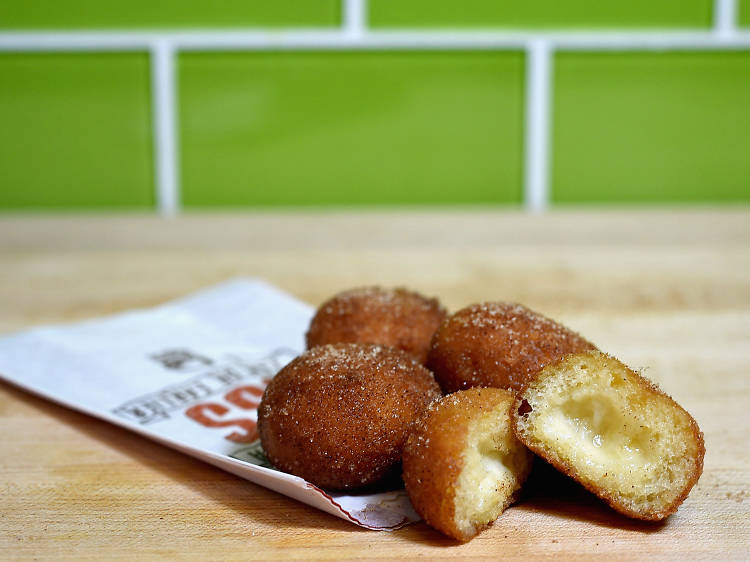 There's not much in the way of desserts at Taco Bell, but the Cinnabon Delights beckon if you crave a sweet fix. Each poppable nugget is crammed with icing, fried to golden-brown perfection and rolled in cinnamon and sugar. Too bad that they're just a little bit dry.

What's not to love about tortilla chips smothered in nacho cheese sauce, seasoned beef, beans, sour cream and tomatoes? The truth of the matter is this dish is deeply dependent on how evenly the kitchen layers those ingredients, but we've rarely seen it go too wrong. For a bit of a kick, add pickled jalapeños to the party. 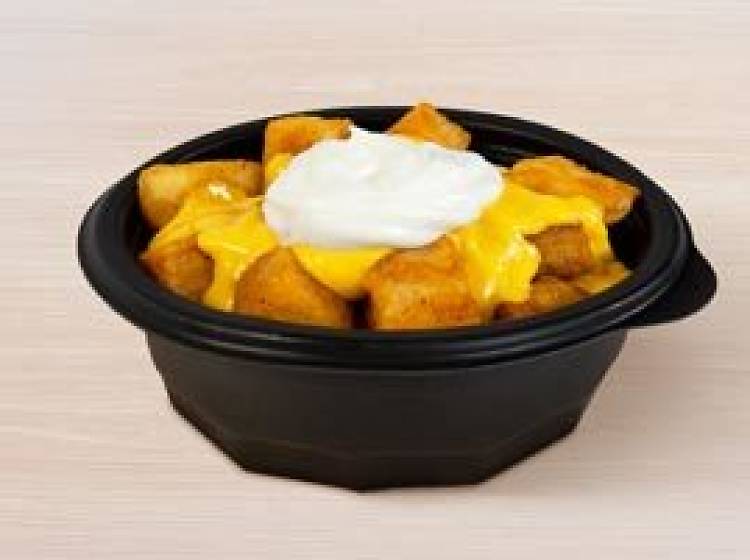 There's an entire Reddit thread dedicated to the fact that Cheesy Fiesta Potatoes deserve some extra love, and we don't disagree. Hunks of soft, seasoned potato are coated in warm nacho cheese sauce before getting a dollop of sour cream on top. *Chef's kiss.*

Sometimes, only a quesadilla will do the trick. We get it. Fortunately, Taco Bell has a decent option. Hunks of chicken swim in a sea of cheese and creamy jalapeño sauce, the latter of which gives the whole thing a nice kick without being overpowering. Psst! You can make it a Supreme for under a buck, which gets you some diced tomatoes and sour cream—suitable upgrades in our book.

The queen of the Value Menu, these rotini-shaped dessert crisps are a no-brainer. There's a good chance you'll devour every last cinnamon-dusted twist before you get home from the drive-thru, but that's half the fun, right? 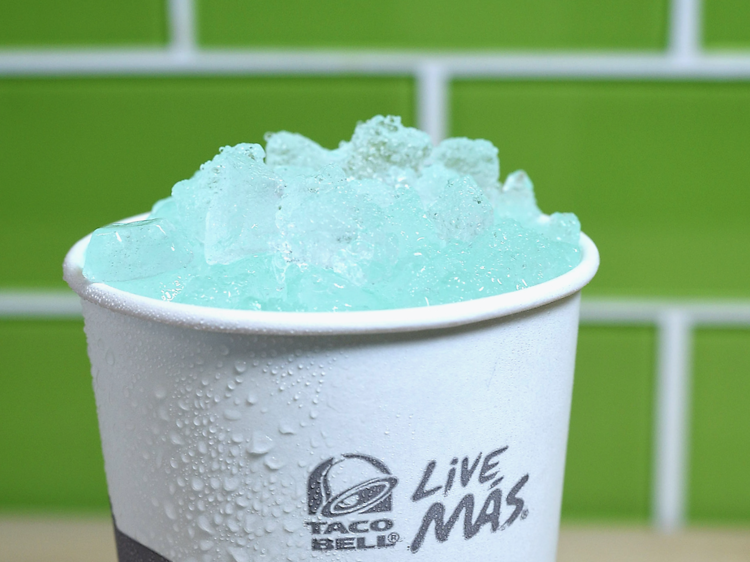 It's honestly shocking that this teal-hued beverage doesn't taste like battery acid. It's sweet but subtle with a hint of citrus that keeps you coming back for more. Perfect for washing down a Doritos Locos taco. 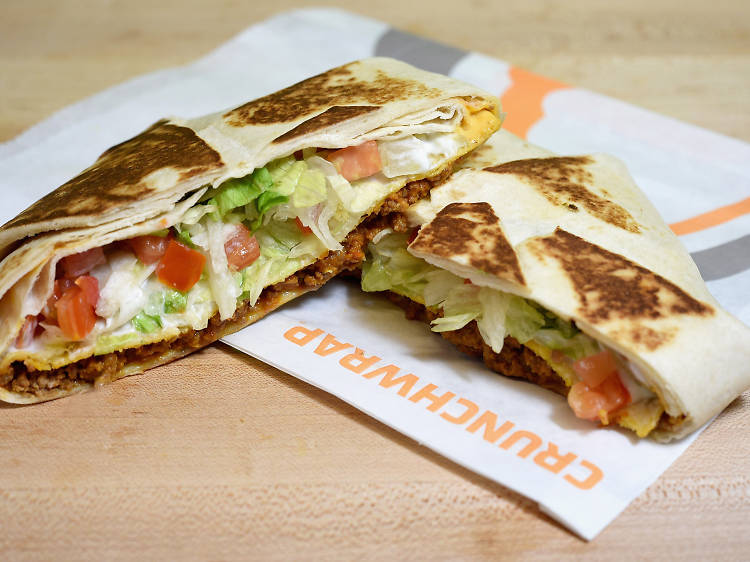 The Crunchwrap Supreme is the fast-food gods gift to stoners. The spaceship-shaped handheld is jam-packed with beef, cheese, lettuce, tomato, sour cream and a tostada shell. Just be sure to eat it fast so that the ingredients don't get mushy. 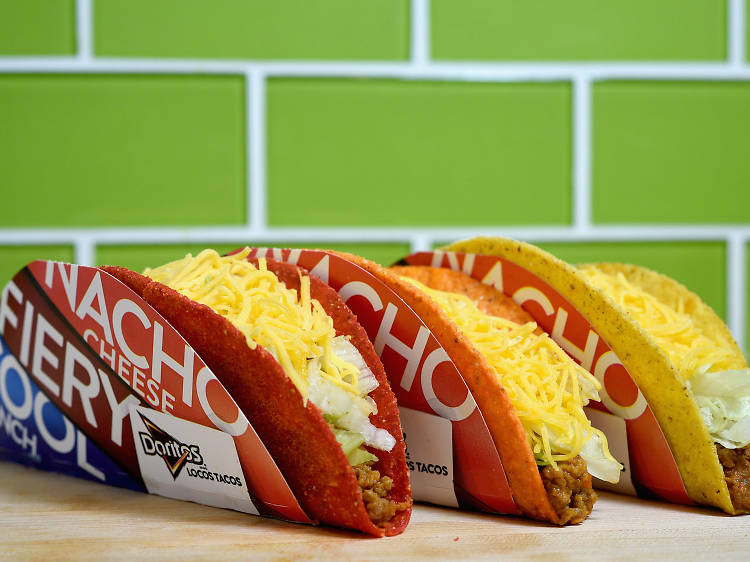 There's something about the addition of salty, cheesy Doritos dust that takes a regular old hardshell taco to the next level. Ever since these bad boys joined the menu, we don't really want to eat a taco that doesn't leave our fingers covered in bright orange residue. 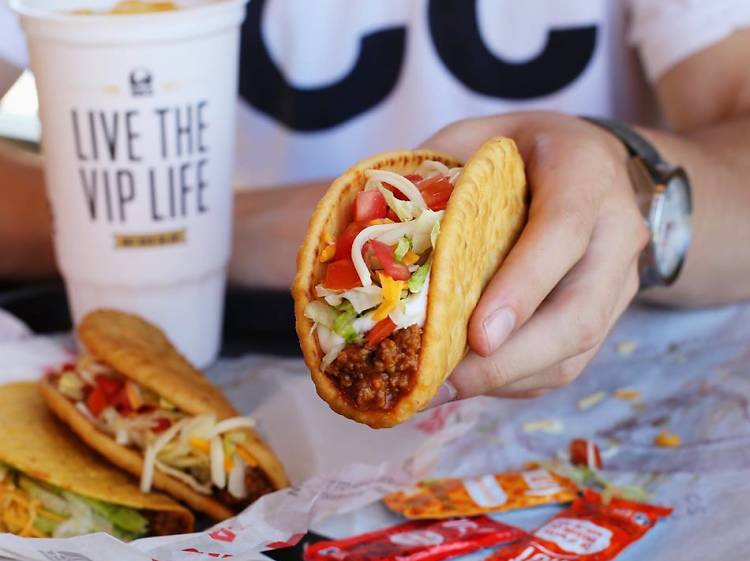 A favorite among vegetarians and meat-eaters, the Chalupa Supreme can be stuffed with black beans or beef, making it an easy crowd pleaser. But the star of the show is the thick, soft shell that's like a warm hug for your mouth. This dish has no faults, and no Taco Bell order is complete without a Chalupa. 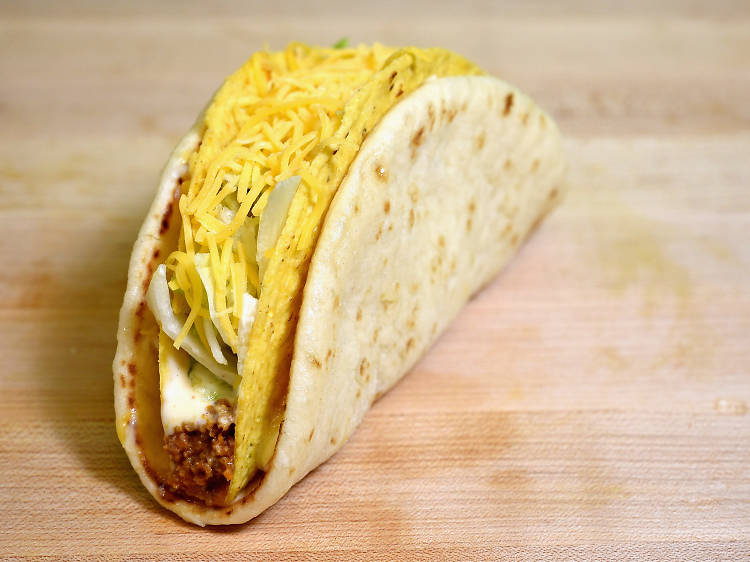 A study in texture and flavor, the Cheesy Gordita Crunch really does have it all. The warm, pillowy wrap cradles a crunchy hard shell that's hiding a treasure trove of seasoned beef, cheese, lettuce and spicy ranch. It's all glued together with even more cheese—for good measure, of course. It's no wonder this handheld is the shining star of Taco Bell's entire menu.

Gone but not forgotten 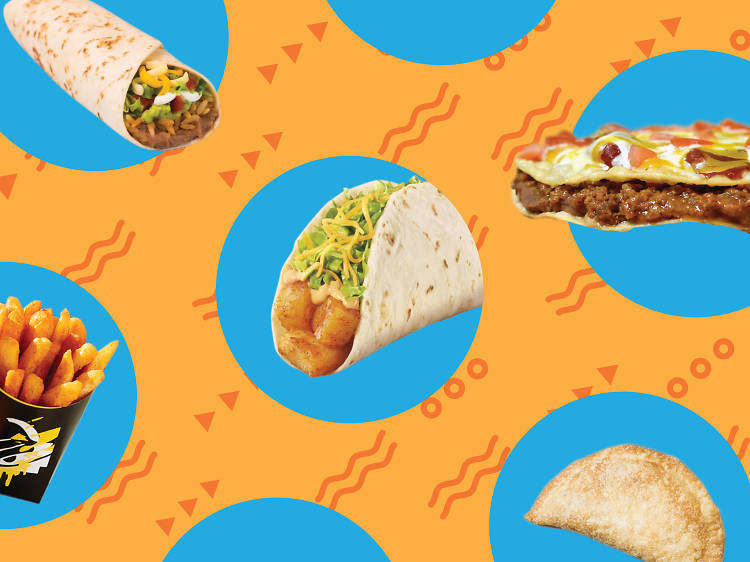 For whom the Bell tolled: The best discontinued Taco Bell items

Dearly beloved, we are gathered here to mourn some of the beefiest, nacho-cheesiest, most righteously colored tacos, burritos and combo items to ever get handed through a drive-through window.