The gem of the hood, Bang Khun Phrom is regarded as one of the most beautiful Western-style palaces in Thailand. The gigantic palace is composed of two mansions linked by an elevated walkway. Tamnak Yai, the main building, was built in 1906 to serve as the residence of Prince Paribatra Sukhumbhand, an heir of King Rama V. Designed by some of the greatest architects of the time—Carl Sandreckzki, Paolo Remedi and Mario Tamagno (the latter also designed the gigantic Ananta Samakhom Throne Hall)—Tamnak Yai features a unique architectural style that reflects the ideals of the Industrial Revolution, which was happening at the time of construction. Elaborate baroque and rococo motifs, as well as fresco murals and priceless furniture are seen throughout the building. Tamnak Somdej or the south wing was the royal residence of the prince’s mother, Princess Consort Sukumalmarasri. It boasts an old-style German barnhouse architecture featuring massive windows that welcome the breeze from the river. Due to political transitions, the palace has to come under the ownership of Bank of Thailand, which has tried to uphold the structure’s original beauty and preserve it as a museum of sorts. Tamnak Yai is open to the public but Tamnak Somdej remains closed. 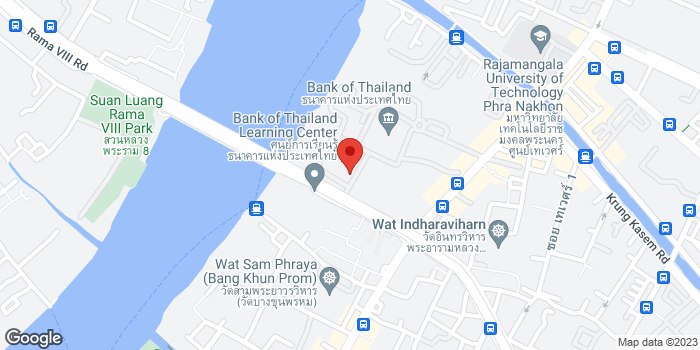