Thais seamlessly fuse modernity with spirit beliefs. This ability is encapsulated at the frenetic, smoky Hindu shrine to Brahma, erected in 1956 to appease displaced spirits who were blamed for mishaps in building the old Erawan Hotel. Pilgrims gather here to make wishes. Those whose prayers have been granted usually return to make more offerings; many even pay for costumed dancers to perform. In 2006, a crazed (or well-paid) man smashed the statue and received instant karma: bystanders beat him to death. Thousands scrambled to see the restored image reinstalled. Erawan, historically, is the elephant mount of Indra, whose green statue outside neighbouring Amarin Plaza joins a circuit of Hindu shrines at Ratchaprasong. 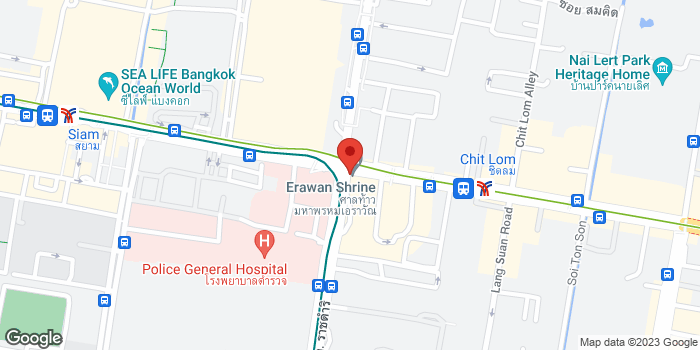