Built in the reign of King Rama V, Wat Ratchabophit is a prime example of a Buddhist temple that marries traditional Thai and European architecture. Its facade features intricate fivecolored benjarong porcelain, a feature that distinguishes it from the other temples in the Old Town, while its interiors of the ordination hall display more western Gothic-style aesthetics. One side of the temple grounds is a royal cemetery that houses the remains of King Rama V’s family. 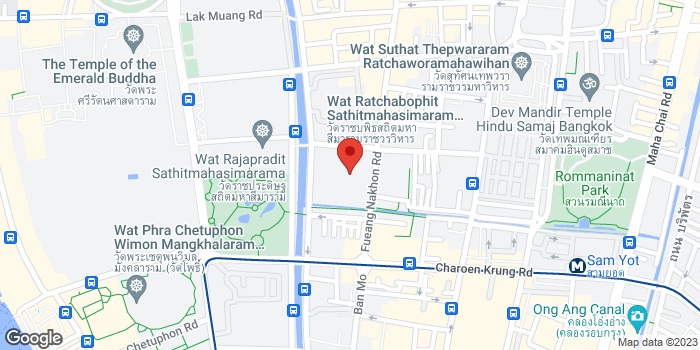