The new cocktail bar by the gents behind Teens of Thailand

Niks Anuman-Rajadhon and the guys behind gin haunt Teens of Thailand deserve recognition for having a hand in transforming the notorious alley of Chinatown’s Soi Nana into a happening bar-hopping destination. Recently, rumors arose that Niks, along with Kiattikoon “Toon” Auengkum (the former head barman at Bunker), was opening another rum bar across the street. But when Asia Today finally opened, it was revealed to be a rather simple bar with a strong focus on exotic Thai ingredients.

While Teens of Thailand combines a watering-hole vibe with interiors representing the gritty side of Soi Nana—think a sleazy, dimly lit neon glow and explicit photographs—Asia Today presents a mixed bag of kitschy elements. “Asian elements, to some outsiders, is associated with bad taste, which consists of stuff that don’t go together,” explains Gunn Leelhasuwan, who’s also responsible for the look of Teens of Thailand. “We’re not trying to fix the stereotype but glorify it instead.” Tipplers are therefore bombarded by items that invoke a post-modern feel, like a white shark dummy hanging from the ceiling, framed old sleazy posters, and a cheeky self-referencing sign that says, “This bar is better than Teens of Thailand.”

The bar focuses on creating cocktails made with lesser-known ingredients, including bai hor wor (an indigenous herb from the Pga K’nyau community in northern Thailand), bai hoo seur (an aromatic plant that’s used in larb) and thirteen types of honey sourced from different regions in the country. Asia Today’s bartenders usually fly to different areas to source produce that have been tried and tested to perfectly blend with spirits.

The bai hoo seur makes its way into a mix of Issan rum, dry vermouth, bai hor wor syrup and cucumber bitters, resulting in a refreshing drink with a slightly herbal kick (B360). Wild Honey Daiquiri blends two types of rum with two types of honey—the bar uses what’s in season so expect the drink to taste differently on each visit (B360). For something with a savory touch, opt for Pickled Elephant Garlic, a Dirty Gibson-ish tipple that mixes vodka, rum, dry vermouth with the briny notes of pickled elephant garlic sourced from Chanthaburi (B360).

The bar plans to remove all the spirits from their shelves to display these exotic ingredients instead. The second floor is presently off-limits but will soon become a museum-like space where punters can learn how to incorporate exotic produce into cocktails 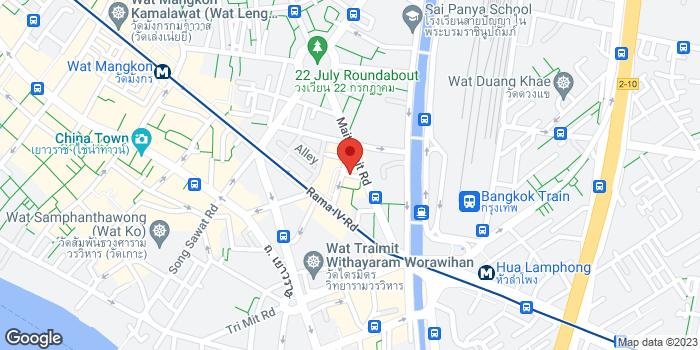