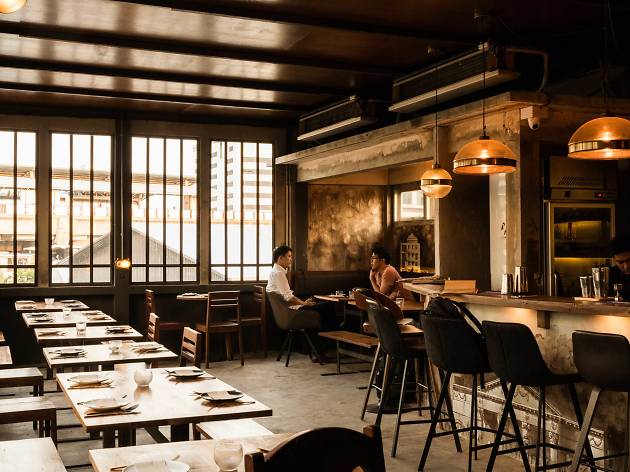 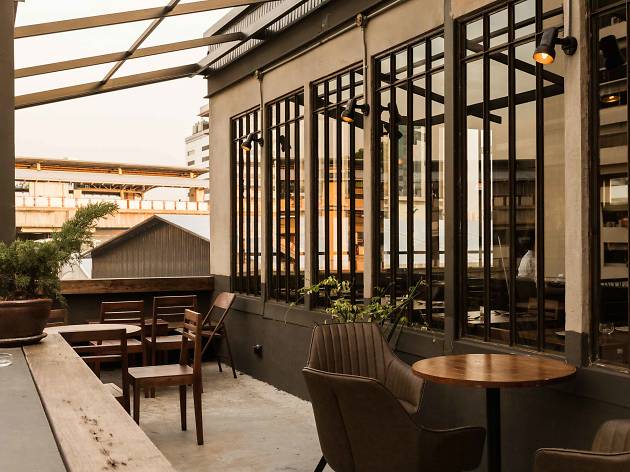 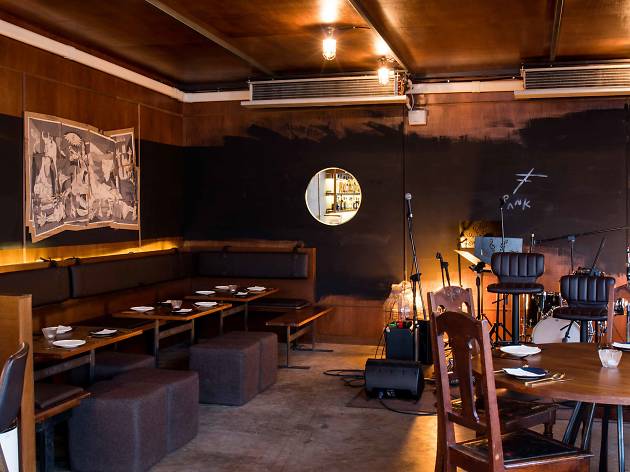 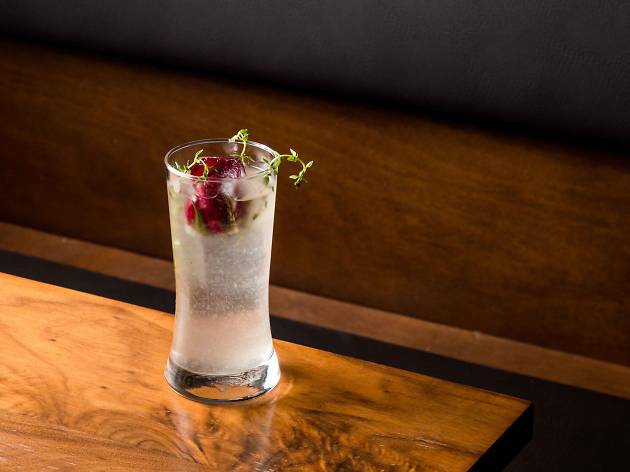 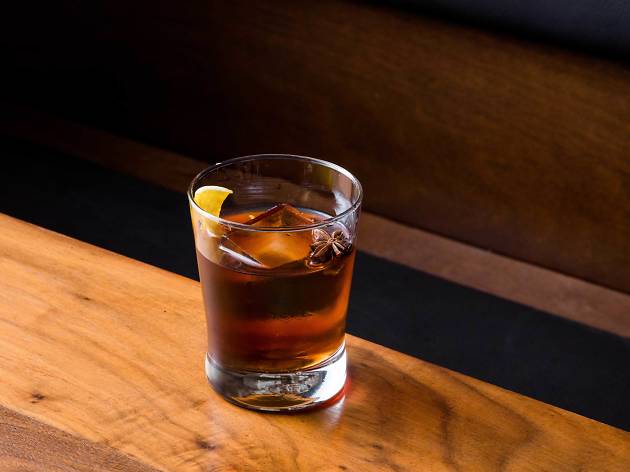 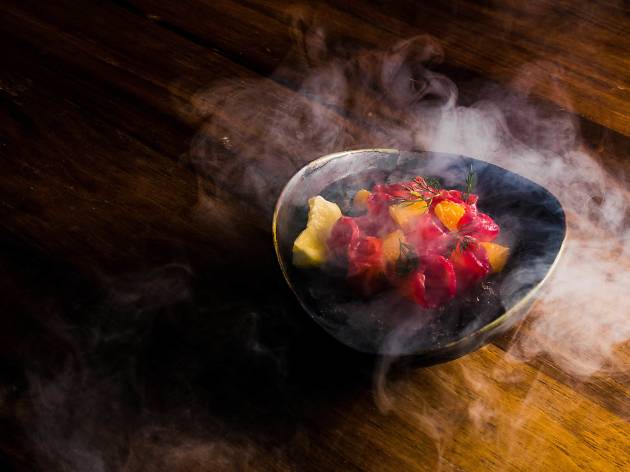 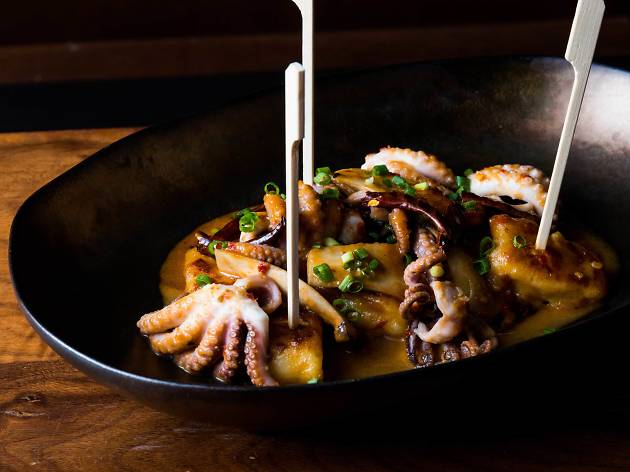 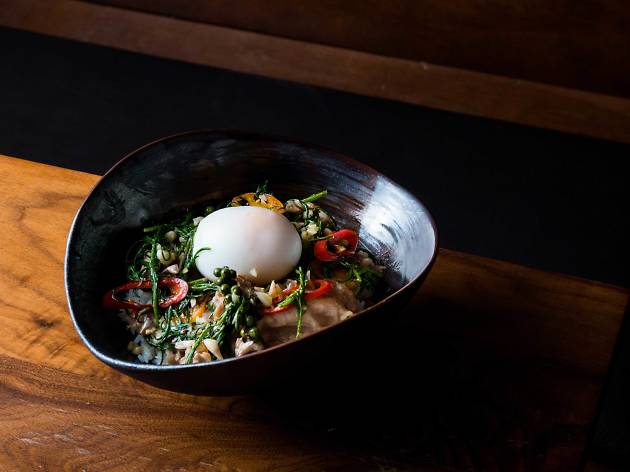 Blame the owners and masterminds behind sushi bar Sousaku, quaint coffee shop Porcupine Cafe and craft beer joint O’glee for making Ari one of Bangkok’s hippest neighborhoods. They’ve conceived of yet another way to keep modern beatniks coming by opening a bar that pairs fancy cocktails with fine food.

Perched atop the newly-built A-One Ari complex, Frank Mansion is meant to depict a loft residence owned by a fictional character (named Frank, duh) with an appreciation for pared-down eclecticism. The severity of an exposed concrete floor and cafeteria-style dining tables is balanced out by red rounded leather booths, mini chandeliers and framed maps on the wall. Outside, a capacious deck serves up views of the skytrain and of Ari’s friendly neighborhood bustle. In the background, a carefully curated playlist encompasses jazz, blues and alternative sounds, combining with dim yellow lighting to offer an atmosphere for serious cocktail sipping.

The cocktail list is short—only seven items— but it does provide a variety of flavor profiles to suit all preferences. Dorothy (B320) mixes Aylesbury Duck vodka with a combination of cranberry juice, aloe vera juice, rose water and ginger ale—it’s a drink for those who like their cocktails sweet but not so traitorous that it masks the addition of alcohol. The spirits-forward JFK (B320) is a play on the Manhattan and is recommended for rye lovers who like to nurse their drinks.

While most cocktail-focused establishments play it safe when it comes to food, Frank Mansion provides a set of exciting and flavorful bar chow that, by itself, is worth the trek to Ari. Subtle Asian tweaks are added to popular Western dishes, including a tuna poke (B260) served with crispy wontons, and a surprisingly spicy fettuccini (B340) cooked with tender short plate and crispy beef crackling. Baby octopus (B280) is given southern Thai flavors, marinated in golek sauce, but throws in fusion leanings with the addition of shitake mushrooms and gnocchi. Chef Chalermpon “Van” Rohitratana of Escapade and Rarb has collaborated with the kitchen to curate a number of special dishes such as a Thai-style donburi (B170) with pork slices, creamy cha kram, palm sugar and boiled duck egg.

Despite the relentless mushrooming of new food and booze joints in Ari, Frank Mansion sets itself apart with adventurous fare and well-crafted cocktails that will please even the most superlicious of imbibers.