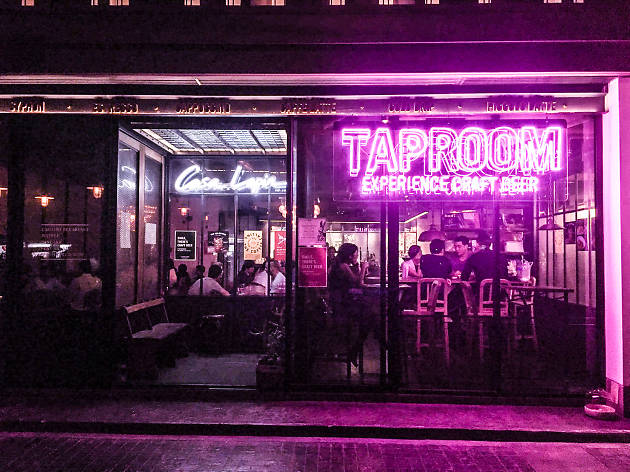 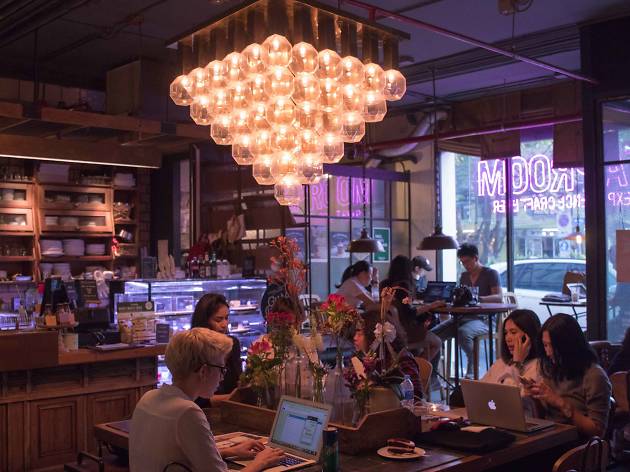 Hip beer chamber Taproom doesn’t like to keep their fans waiting. Just a year after opening its first branch on Sukhumvit Soi 26, the city’s hot hops haven has opened a second branch, adding more craft-beer options to the Ari nightlife.

It seems like the concept of co-sharing spaces works well for Taproom folks. The Taproom on Sukhumvit Soi 26, which opened back in September 2016, shares the space with One Day at a Time and Casa Lapin x26 coffee shop, resulting in an unusual “café by day, beer bar by night” set-up. For this new branch, Taproom teams up with the same partner, sharing space with Casa Lapin xAri. The coffee shop’s customers can enjoy small bites and steaming cuppas from 8:30 to 17:00. The Taproom guys take over come happy hour and start pouring until midnight.

Despite being slightly smaller than the original branch, Taproom in Ari still serves a vast selection of beers on tap – 14 in total – plus a decent range of bottled beer. The tap system follows the same rule as in the Sukhumvit 26 branch: There’s something for everyone – even beer rookies – from wheat and pale ale to IPA and stout to more sophisticated brews. Fans of cider can also order their favorite drink on tap. And if you’ve had enough of malted brews, the cocktail list is worth a look.

Food is not a priority as of the moment. They’re still explanding the menu, but in the meantime, you can order some pizza (Red Italian, Hawaiian and Prosciutto Di Parma, B140 for two slices) or grilled mixed sausages (chicken, smoked pork and Weisswurst, B270) to go with your beers.