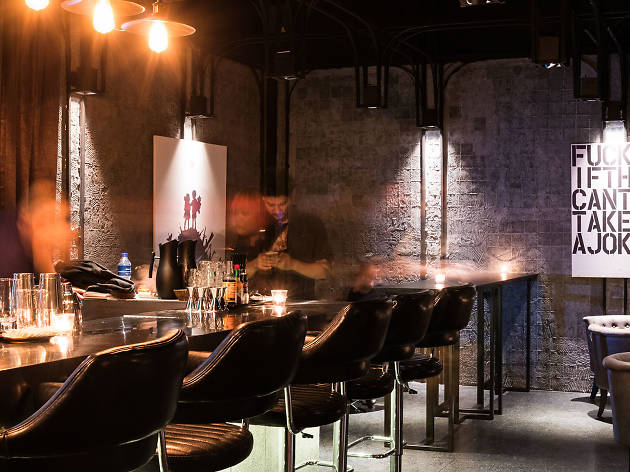 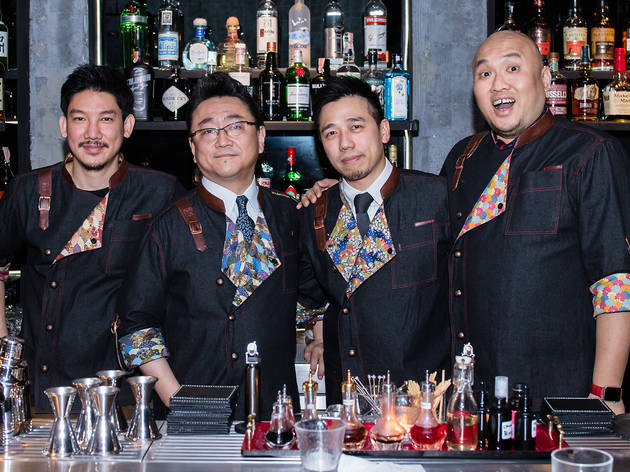 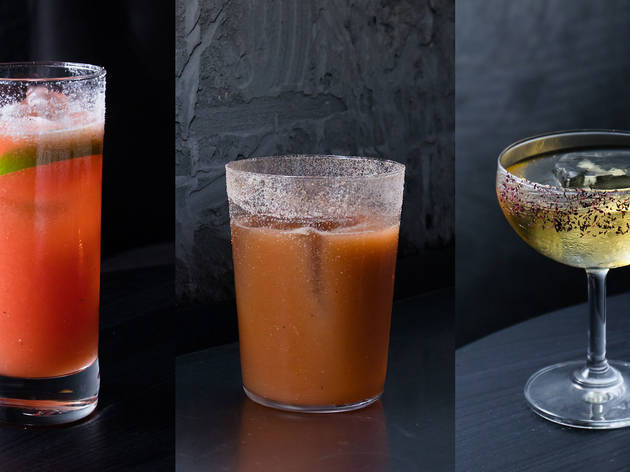 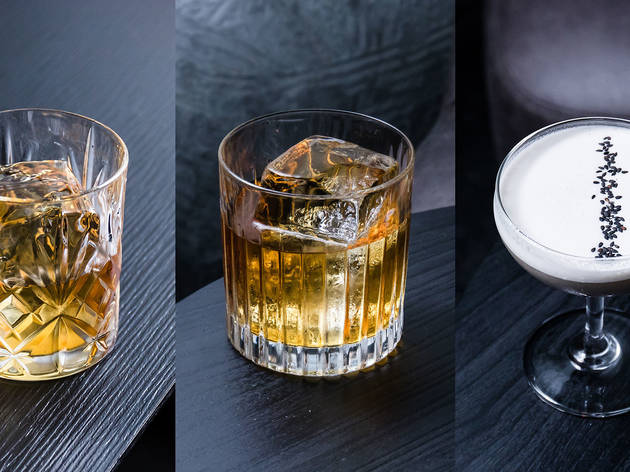 The brainchild of four award-winning Asian bartenders—Colin Chia of Singapore’s Nutmeg & Clove, Hidetsugu Ueno of Tokyo’s Bar High Five, Nick Wu of Taipei’s East End and our own Ronnaporn “Neung” Kanivichaporn of Backstage Cocktail Bar—this bar takes the speakeasy theme very seriously, not only with its hidden location, but also the fact that it doesn’t even have a name. Rather, the bar is identified by a call-to-action hashtag: #findthelockerroom.

Drinks are molded around the concept of “past-present-future,” offering three different versions of classic drinks and resulting in an impressive collection. Each set of cocktails is designed and prepared by one of the partners—Hidetsugu Ueno for Past, which features the classics; Nick Wu for Present, which are classics with a modern twist; and Ronnaporn Kanichaporn for Future, which churns out avant-garde appropriations of each cocktail.

We take the Bloody Mary as the example. Ueno recreates the vodka-based classic (B360) with respect to the original recipe, while Wu adds a twist by replacing the vodka with tequila and mixing it with fresh tomato juice, Japanese plum liqueur, lemon, housemade green tea syrup and spices, resulting in a drink called The Harakiri (B390). For the Future collection, Ronnaporn presents a progressive, mezcal-based reinterpretation called Bloodless Maria (B390). Don’t be fooled by its clear, martini-like color. Take a sip and you’ll be amazed by how unexpected flavors of tomato and some spices explode on your palate. Ronnaporn’s concoction is injected with drops of clarified tomato vermouth (dehydrated tomato sous-vide with vermouth and clarified to remove the color) and rimmed with miso paste and shiso leaves.

The French Connection (B360, part of the Past set) is a classic that combines French cognac and amaretto, but Nick Wu injects unexpected add-ons such as Frangelico and Earl Grey syrup to come up with Smoking Connection (B390), a headturner that’s served in a rock glass and smoked with Earl Grey tea leaves. Nuts Over Michelin (B390) is another Ronnaporn creation. Featuring foie gras-washed cognac as its base, it quickly becomes a sipping drink with infusions of almond and black sesame syrup, lemon and egg white.

The bottomline, more discoveries await to be discovered at #findthelockerroom. The mixologists are chatty and eager to divulge the history and inspirations behind each drink. Renowned mixologist Suchada “Fah Beer” Sopjaree is a familiar fixture behind the bar and can fix you up with good drinks and an amazing time. Go and #findthelockerroom now.