Davika Hoorne: "I'd like to be remembered as an actress"

Thailand is no longer enough to cater her fame

Davika Hoorne has a mysterious charm. Maybe it’s because of her eyes—languid and alluring. Maybe it’s her unique beauty. Or her porcelain skin. Or maybe it’s because of her no-nonsense attitude—like when she’s tasting small bits of this and that of the Thai sweets in front of us. “I love Thai sweets more than anything else. Oh, do you have kanom kluay [Thai banana cake]? That’s my favorite,” she exclaims.

Davika and I are no strangers to each other. We’ve met several times, since she was just starting seven years ago. It’s good to have seen an actress, who really has a passion for what she’s doing, grow in the right direction. 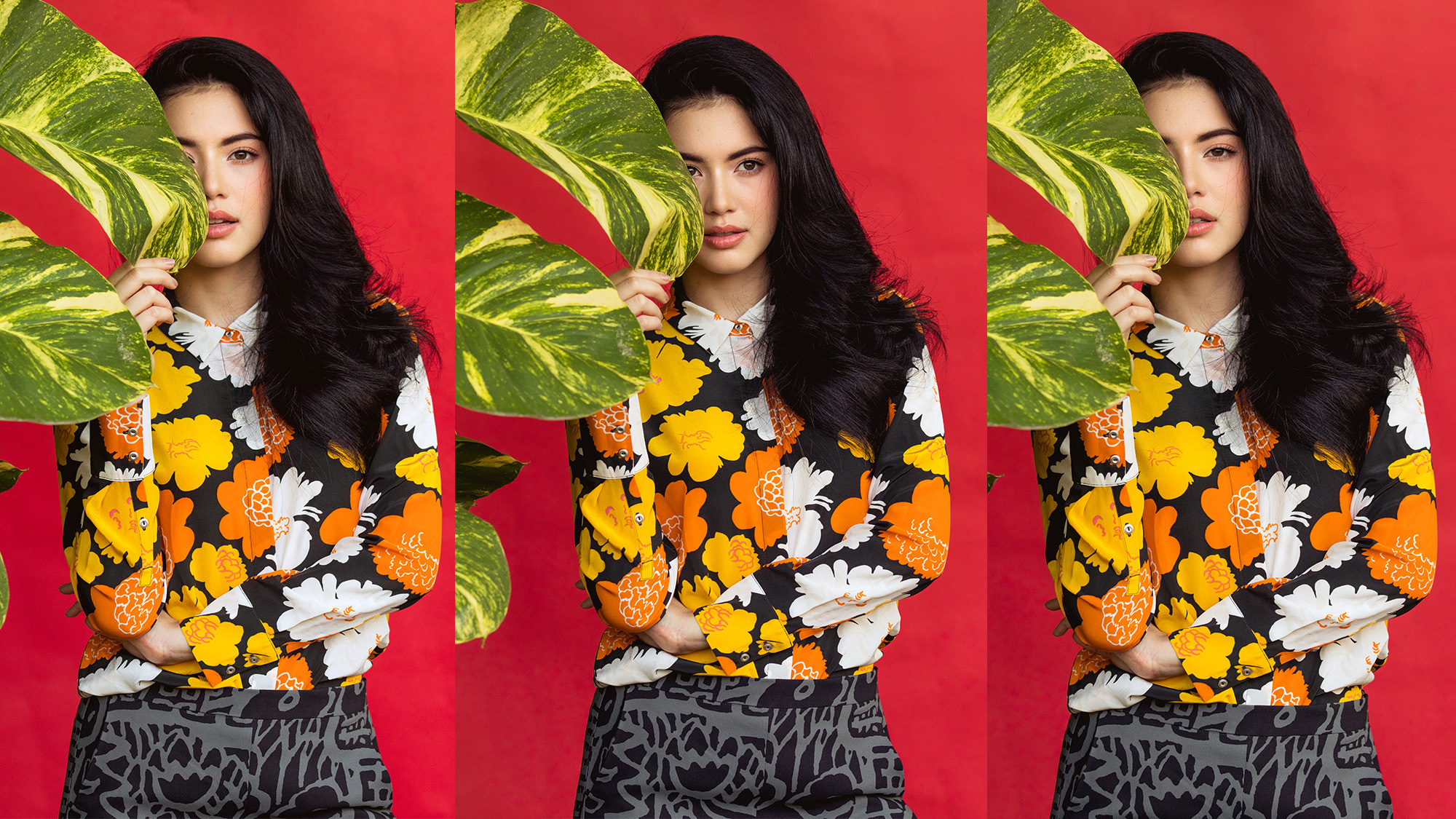 Today, Davika Hoorne is one of the most successful actresses of her generation. She first started out with modeling before quickly jumping into TV dramas. Movies, however, became her claim to fame with the 2013 Thai horror-comedy Pee Mak becoming her turning point. The movie is the highest-grossing Thai movie to date, earning rave reviews from both critics and moviegoers. Within a short period, Davika Hoorne proved that she’s not just a pretty face.

Suddenly, the young actress found herself propelled into superstardom. You know that someone is a superstar when you see her on TV everyday, on magazine covers and on billboards. Davika is that girl.

She’s also the same girl, the same superstar that is enjoying her kanom kluay as we chat. She hasn’t changed much since the day I met her. Seven years later, at 24, Davika has taken on a subtle elegance, yet retains her playful side. 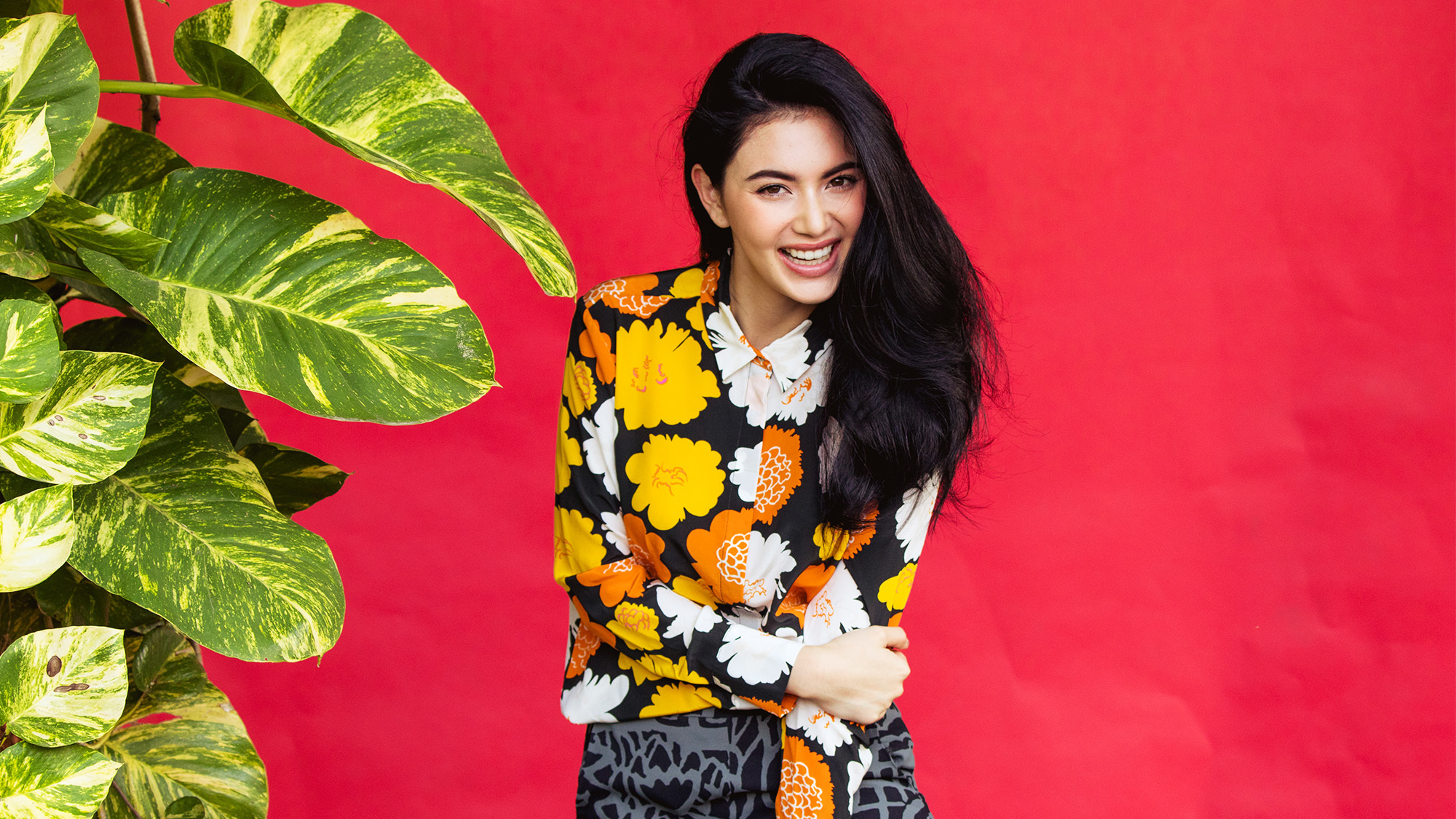 This month, Davika returns to the silver screen with Suddenly Twenty, a Thai adaptation of the megahit Korean flick, Miss Granny, following preceding remakes in China, Vietnam and Japan. “The movie tells the story of Parn, a conservative grandma,” Davika starts to explain. “She’s annoying to the point that sometimes her kids talk about sending her to a nursing home. She’s heartbroken, obviously. She pointlessly wanders down the road and finds this photo studio and impulsively decides to have her portrait taken. After the shoot, she magically turns into a 20-year-old. That photo studio disappears. And that’s when the fun part starts.” But the actress insists it’s not all about laughs and fun. “It’s also about relationships between different generations in a family.” Davika had not done much comedy before Suddenly Twenty so she found her role quite challenging.

Challenge, however, is nothing new to Davika. She’s said to be studying English intensively; Thailand, apparently, is no longer enough to cater her fame — Davika is now eyeing the regional market. And with Pee Mak a box-office hit in many Asian and Australian cities, it shouldn’t be too difficult for the young actress, who already has four dramas lined up for next year, to attract a regional following. 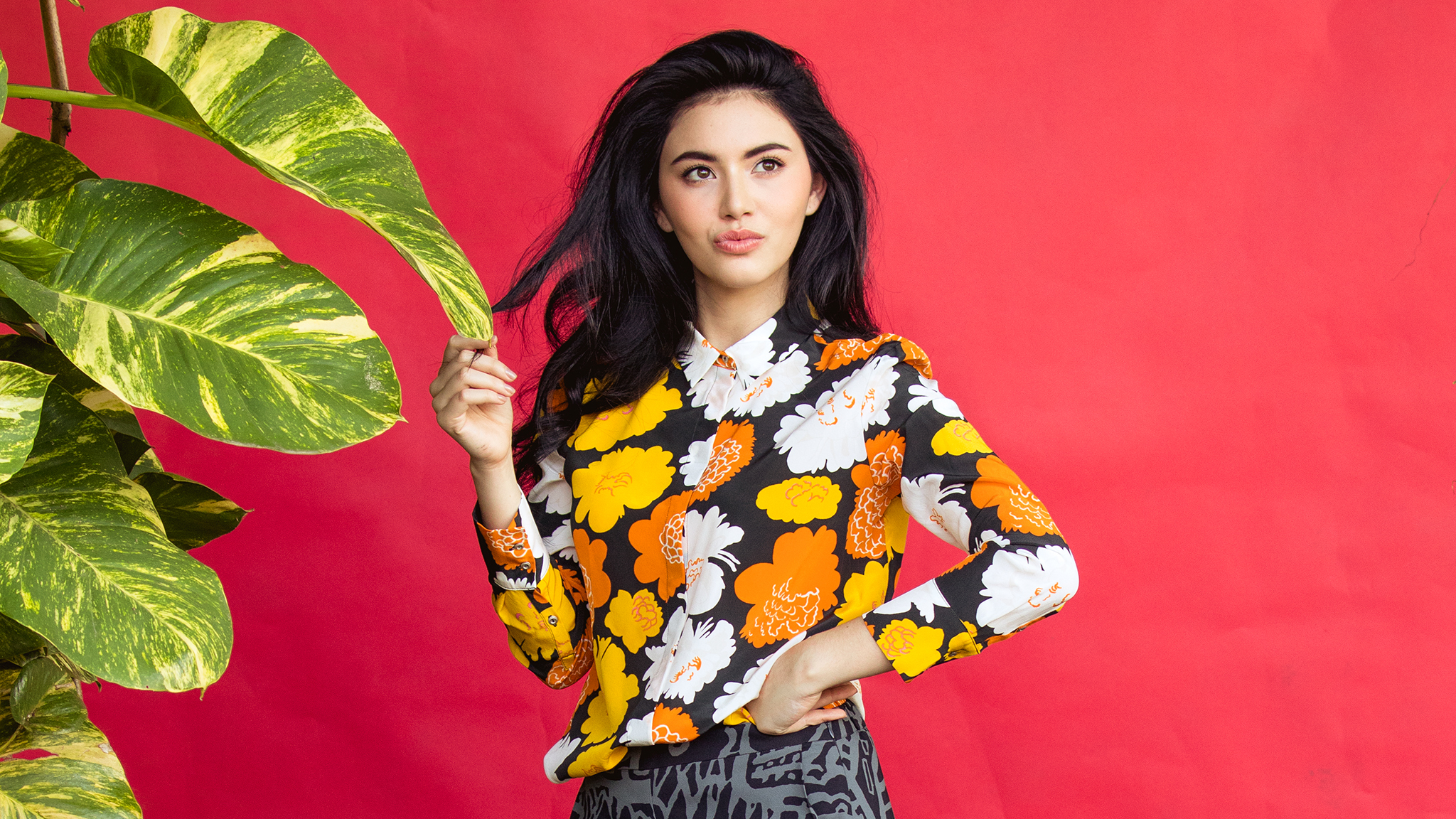 All the success and superstardom does come with a price. Rumors and gossip float around. That Davika is unfriendly to crew members, that she’s a puppet to her manager and more malicious bits. The Thai-Belgian actress insists they are all untrue. “You should stop doing that face,” her manager jokes. Davika sharp features gives her an air of haughtiness and is often thought to be unfriendly because of this, particularly when she’s not smiling. It is one of the biggest misconceptions about her.

She even gets starstruck like everyone else. Sinjai Plengpanich, who starred with her in epic romance, Plae Kao, is one of her idols. “Every time I meet P Nok Sinjai, I freeze. I don’t really know what do, what to say,” she laughs. 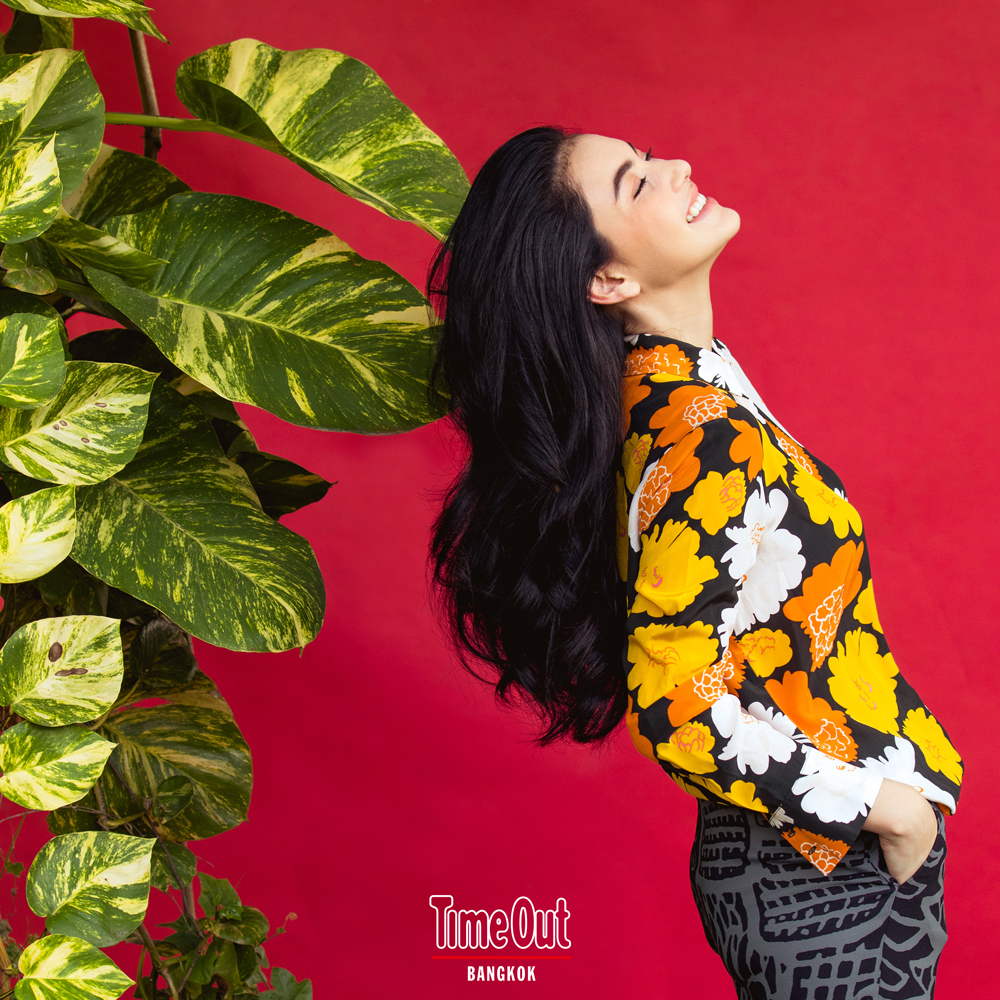 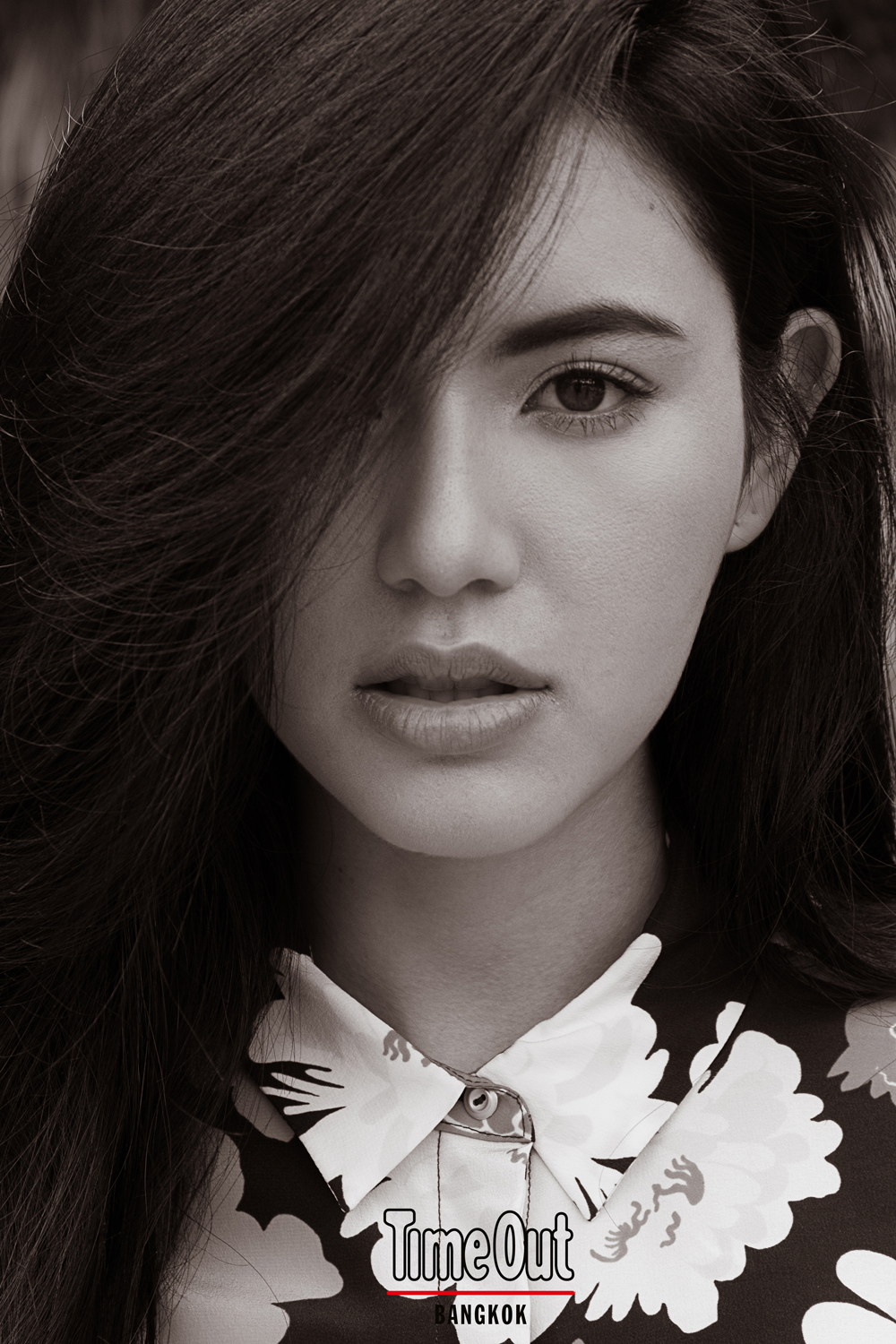