Discover the story behind one of Bangkok’s most notorious districts.

Which area in Bangkok is top of mind when you want to spend one wild evening? While the city is home to many exciting places where you and your friends can really let loose for a night or two, Patpong is unrivalled when it comes to guaranteeing gloriously debauched experiences.

Sandwiched between Silom and Surawong roads, Patpong is notorious for its array of night clubs and bars—many of them seedy—touting attractions and entertainments that one wouldn’t necessarily call wholesome.

But this is just one side of Patpong. As one museum reveals, the district actually has a rich and interesting history, one that dates back decades ago to the 1940s.

Patpong Museum is the brainchild of Michael Messner, an Australian who owns two restaurants in the controversial area. Messner married a Thai woman and settled in Bangkok in 2001. Since then, he has learned much about Patpong from locals who have come to dine at his restaurants. The son of an artist and an experienced curator of both Thai and international art, Messner was so amazed by Patpong’s history that he determined to build a home for these precious decades-old memories.

The museum is located above Black Pagoda, one of the restaurants Messner owns in Soi Patpong 2. Upon first stepping into the museum, visitors are taken back in time to when Patpong was an extensive banana field. Here, photographs and information about Luang Patpongpanich—formerly Tun Poon, a Chinese immigrant from Hainan who purchased the land and developed the area—is on display, alongside a model depicting what Patpong looked like in the 1940s.

The story on Patpong’s turning point is found in the second room. Udom Patpongpanich, the son of Luang, brought in investors from the States, which led to the area’s Westernization. Shown in this room are objects and collectibles once used by international companies such as IBM, Shell and Caltex, and airlines like Pan Am and Qantas. There’s also a small theater showing a 13-minute film about the Vietnam War.

After the arrival of American companies and investors, Patpong gained more recognition from tourists and celebrities from all over the world globe. This resulted in the emergence of the bars, night clubs and restaurants that now populate its streets.

The next room gives a peek at Patpong in its present state through a detailed miniature model of the entire area. Visitors can walk around and take a closer look at Patpong’s popular establishments. Another highlight is the Wall of Fame, an interactive screen that allows guests to use a tablet and scan through portraits that reveal which celebrities have visited Patpong. David Bowie, Kylie Jenner and Hugh Grant are just a few.

Up next are rooms displaying elements that have made the area infamous. A mock strip bar in Room 4 invites guests to sit down, order some boozy drinks and try to enjoy a virtual go-go dance.

There is an unspeakable amount of mystery and darkness, disguised in the form of entertainment and leisure, hovering over Patpong. But this museum is an attempt to deconstruct negative perceptions of the district and reveal how, at its very core, it is a place of intriguing and long-standing history.

Entrance to the museum costs B250, and is inclusive of a guided tour, one free drink, and headphones with narrations in multiple languages. Visitors under 18 years of age are limited to the first three rooms. 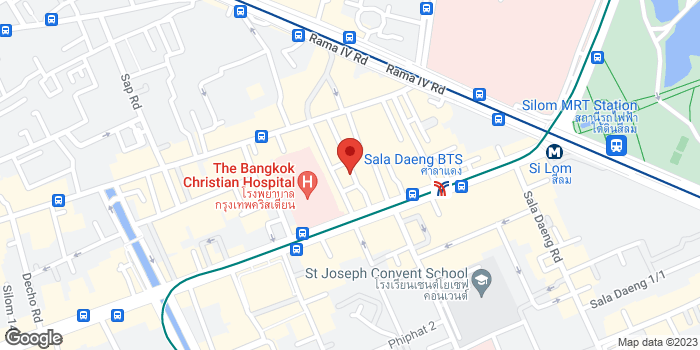