These Chinese fried sticks have never received so much attention

In September, Thai Airways, which temporarily ceased most of its air and on-ground operations due to the COVID-19 outbreak, started to set up cooking stations in front of its downtown offices to fry and sell the company’s famed patongko, a Thai appropriation of the Chinese-born fried dough stick youtiao. The airline’s version of the deep-fried fritter quickly found a following among Bangkokians. Dedicated foodies line up in front of Thai Airways outlets as early as 4 am just to get their hands on these cakey treats. It is reported that Thai Airways made approximately 10 million baht in its first month of selling patongko.

These dough bites have become so popular that other food retailers are coming up with their own versions. Choompol Patongko, a Surin-born breakfast shop located in upmarket food court Thai Taste Hub in Mahanakhon Cube, also sells out their fresh, hourly-made patongko every day. McDonald’s has also reinstated the patongko in its breakfast menu, while long-standing bakeshop chain Kanom sells a giant-sized version from kiosks scattered all over the city.

It’s believed that these fried dough sticks were first bought by Chinese immigrants into Thailand in the 1920s. Originally, these fried crullers were called “cha-koi”, which is what they’re called in the Teochew and Hokkien dialects. Meanwhile, “patongko” was a word used to describe a kind of Chinese sponge cake. Both treats were sold together and Thais would mistakenly mix them up. The mistake was never corrected and Thais continued to call the fried dough “patongko” when the other cake disappeared from Thai-Chinese culinary culture.

So what’s the reason behind the patongko’s resurrection? Our guess is that nostalgia is mostly to blame. As soon as Thai Airways started serving these crunchy sticks, we recalled all those times we had it for breakfast as kids, eating it with rice porridge or sweetened condensed milk. (Thai Airways sells it with a special dip made of purple sweet potato.)

Most local markets still serve it early in the morning but you can also get your patongko fix at these outlets. 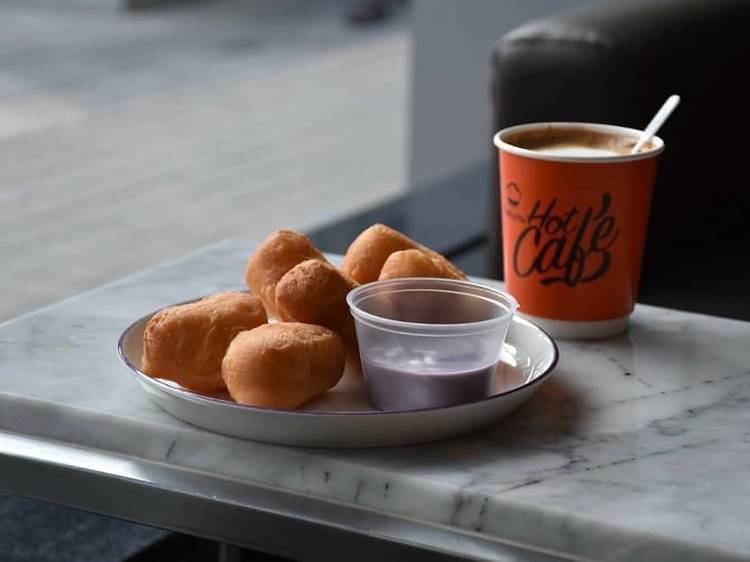 Thailand’s national carriers churns out a limited amount of patongko from stalls parked in front of its Viphavadi headquarters, and its downtown centers in Lanluang and Silom. Stock usually runs out fast and most people start lining up in front of the stalls even before sunrise. It might even be easier if you book a late morning or afternoon Thai Smile flight and just enjoy the dough onboard while en route to a domestic destination. 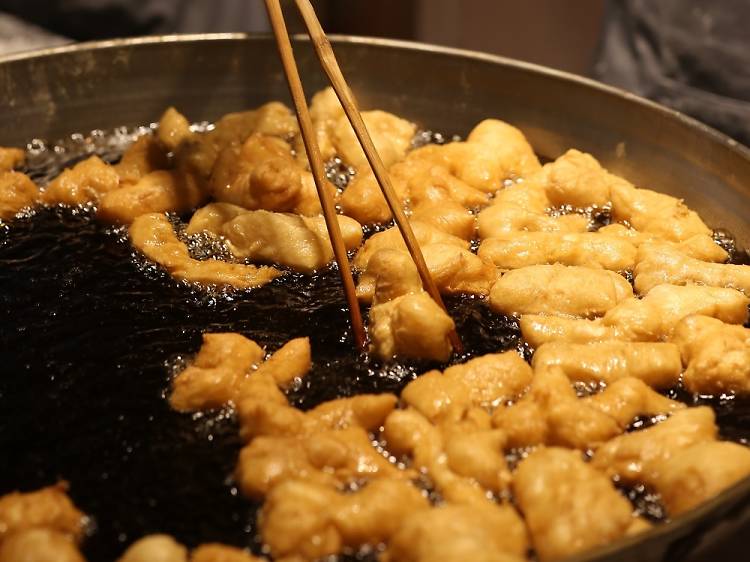 Buriram’s famous breakfast spot just opened its first Bangkok outpost at the Cube building of the newly renovated King Power Mahanakhon. Their patongko is crispy and chewy—just how the treat is supposed to be. 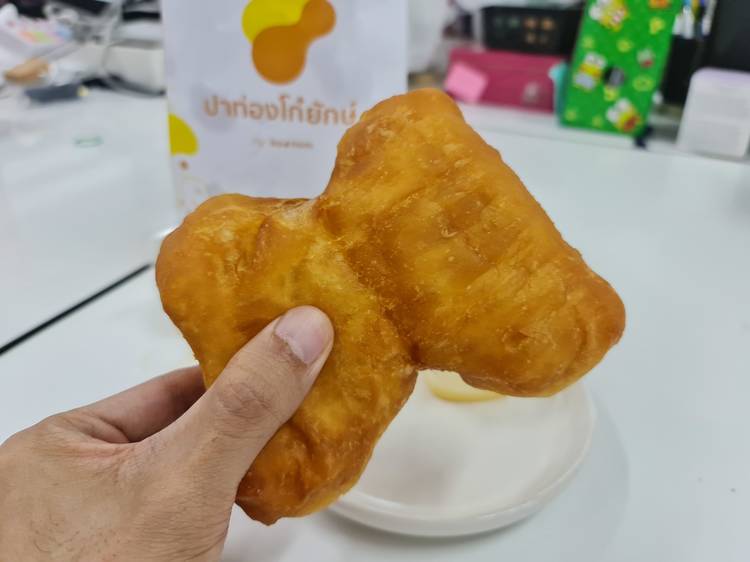 Apart from egg tarts, Kanom is also known for its patongko. Marketed as an upmarket version, Kanom’s fried dough fritters are so huge that you can share one with a friend. These palm-sized patongko are sold with Thai tea cream, kaya or condensed milk. The chain has recently put up kiosks that solely sell patongko. 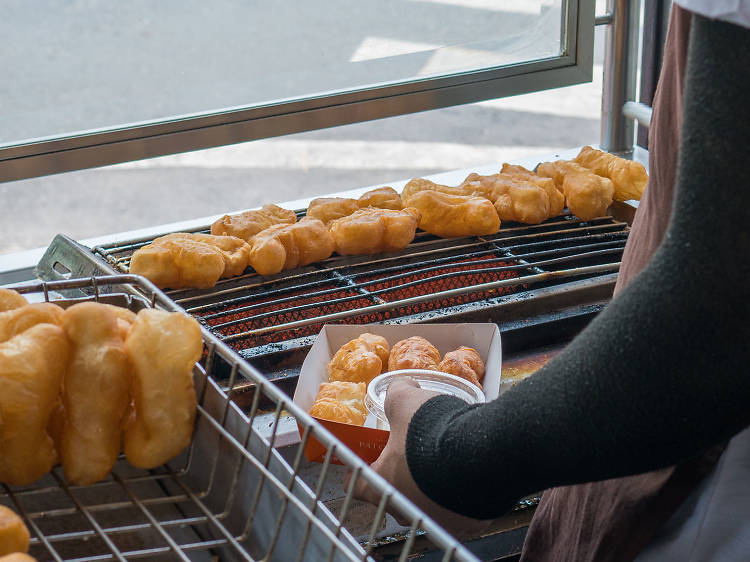 This Michelin Guide-recognized eatery has been frying these breakfast staples since 1976, made following an old family recipe. A favorite is their grilled patongko. There are currently five Patongko Savoey branches in Bangkok: Bang Lam Phu (where it is called Patongko Cafe), Chinatown, Thewet, Chao Por Seua Shrine and Pattanakarn.