In an area thoroughly dominated by Bunker and Suppaniga Eating Room, the smart way to put up a new restaurant is to keep things simple. And the guys from Mazzaro, the Italian- Thai fusion place in Charoenkrung, are smart. They’ve opened Charm, a new casual restaurant and bar serving up delightful and reasonably-priced (according to Sathorn standards, that is) Thai dishes.

The charming two-story dining room fuses colonial-style furniture (we’re talking dark brown wood and colorful Spanish tiles) with a touch of industrial chic. The food is as pleasing as its interiors—it’s hard to find anything bad about the menu. The deep-fried seabass with sweet-and-sour and spicy herbal sauce (B380) was on point, while the stir-fried glass noodles (B180) with sa-tor (smelly beans), cha-om (acacia leaves) and garlic, three ingredients notorious for their pungent smells, was surprisingly delicious. However, the sous vide pork chop (B340), served with Isaan-style jaew dipping sauce, was slightly below par. The pork was succulent and tender, but they could have done better with the sauce. The dessert options, on one hand, were all impressive. The red velvet cake, filled with cream cheese lava and topped with sugus ice cream (B320), won’t disappoint.

Led by Thananya Samumma, the former bartender at Hyde and Seek, the bar puts a focus on whiskey with extensive Scottish single malt selections and a smooth Monkey Shoulder (a mix of three different single malts). The cocktails, and their Thai names, remind us of the concoctions at Chinatown’s Tep Bar, only imported booze is used as base at Charm. Try Ma-Ma Old Fashioned (Monkey Shoulder, their homemade herb syrup and bitters, B280) if you’re into whiskey. We also tried Som-Sri (B320), a Tanqueray gin-based cocktail with elderflower syrup and sparkling wine, served with aloe vera jelly and foam. Sadly, the sparkling wine overshadowed the rest of the ingredients. That aside Charm is a good choice for affordable eats and a recommended hangout spot in what’s most usually considered an expensive area. 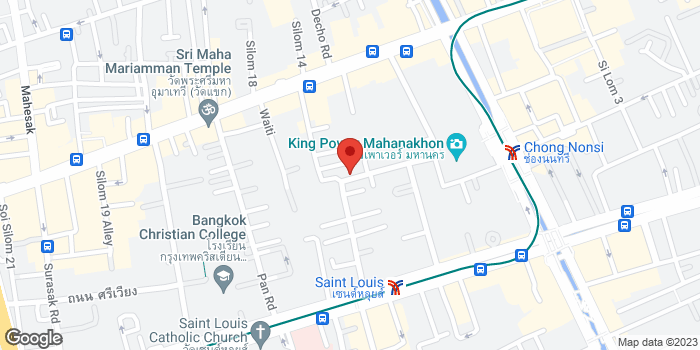