Chinese theme have been enjoying a resurrection in recent years, with bars, cafés and restaurants displaying either retro or modern interpretations of this rich and colorful culture. Dai Lou, a Cantonese eatery in Ari, is next to take on the trend, displaying photogenic Chineseinspired décor, and serving progressive tapasstyle food with catchy names.

Dai Lou, which means “big boss” in Cantonese, constructs a fictitious influential Chinese elite that people usually associate with Chinese movies (think The Bund and Infernal Affairs). Thus, the dining room is designed to represent the house of a Hong Kong boss man, but one with more subtle tastes. Instead of walls clad in red and gold, and gigantic Chinese statues, Dai Lou goes for white brick walls, globe lights and steel bar stools. Its courtyard is clad entirely in teal-colored mosaic tiles, inspired by the walls of subway stations in Hong Kong. The “big boss” is evidently a canine lover, as showcased by a dogshaped neon sign at the entrance, as well as dog “lucky charms” placed on each table.

The menu is equally modern, featuring small dishes named after significant areas in Hong Kong. The crispy pork belly (B220) is named after Wan Chai, an area in the Chinese territory where people usually flock to savor the same dish. At Dai Lou, it’s a heavenly treat of crispy skin and tender meat, complemented by a sweet dipping sauce made from a “secret recipe.” Chek Lap Kok (B320), named after Hong Kong’s international airport, is a steamed grouper dish served with soy sauce and crispy fried noodles.

Other highlights include Central (B320), a roasted duck that’s paired with an intense Nutella-flavored salad dressing and a fried tortilla, and Harbour (B320), derived from Victoria Harbour, a sesame-coated seared tuna with sweet and salty chili sauce.

Dai Lou is a great addition to the Ari area, which has been seeing a new wave of hip coffee shops and Western eateries. It’s the kind of Chinese restaurant that’s perfect for family meals or a gathering with friends or even a dayout with your favorite pooch (it’s animal friendly!). 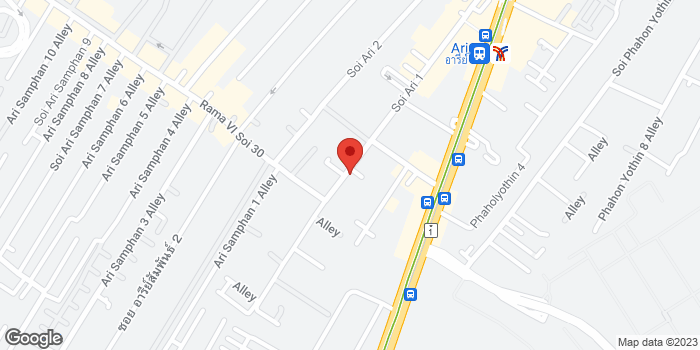