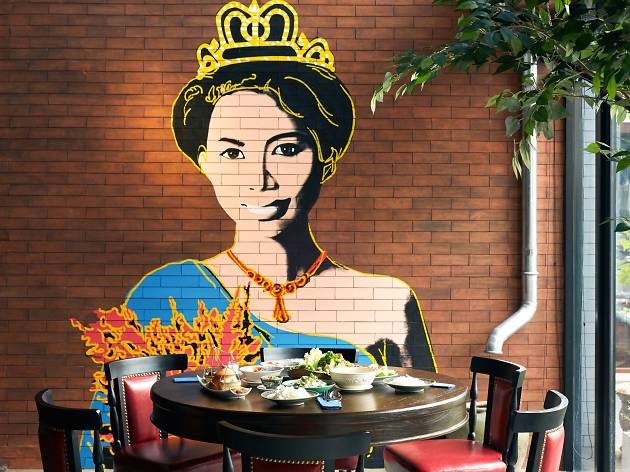 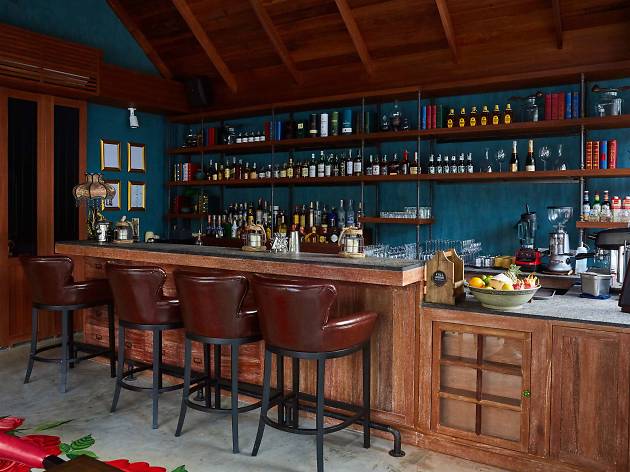 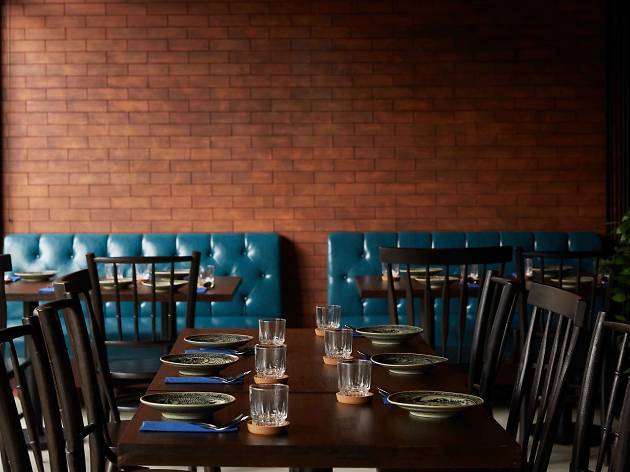 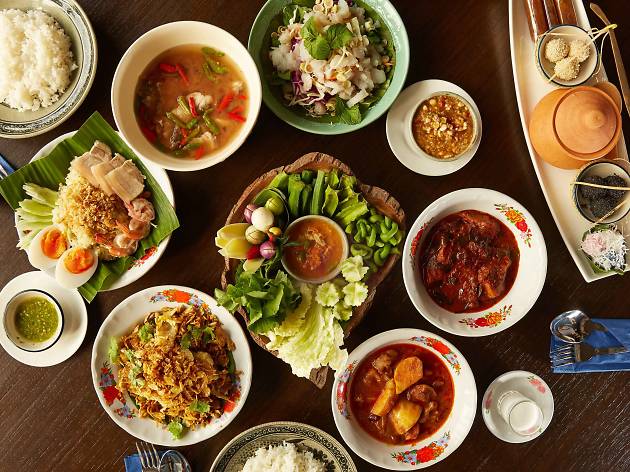 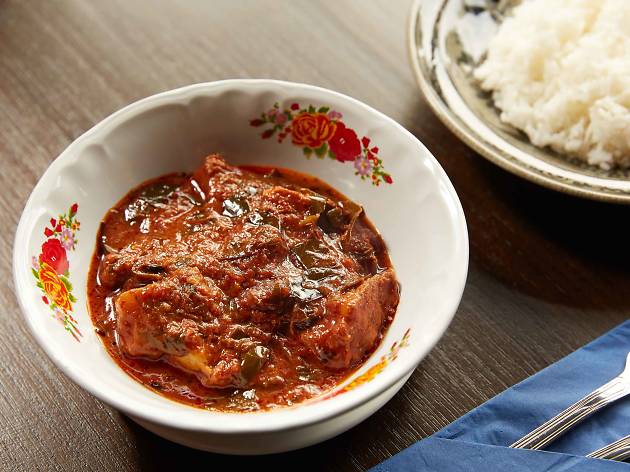 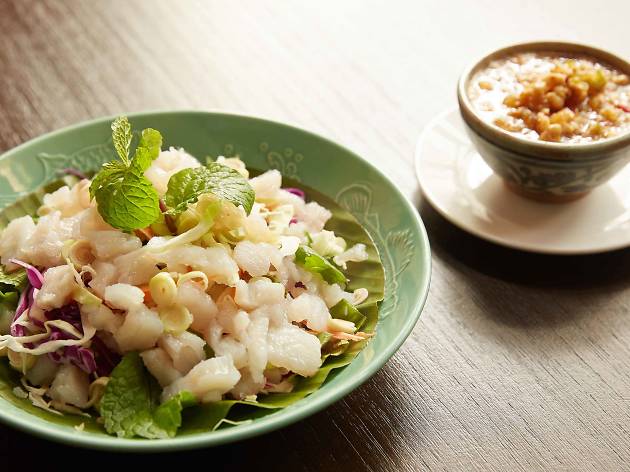 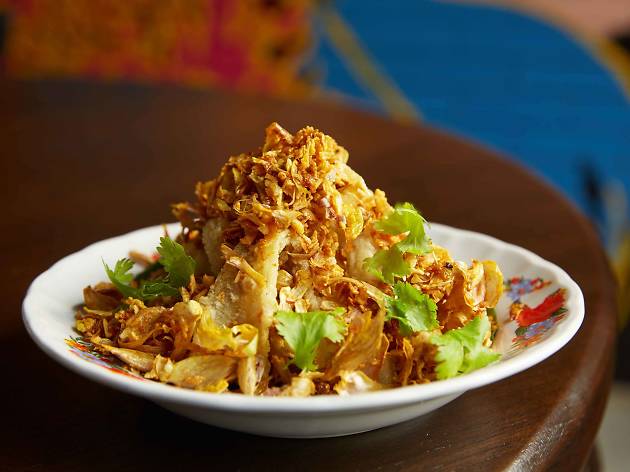 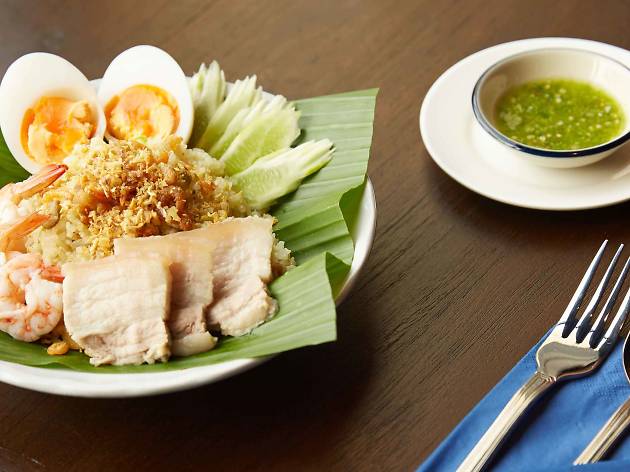 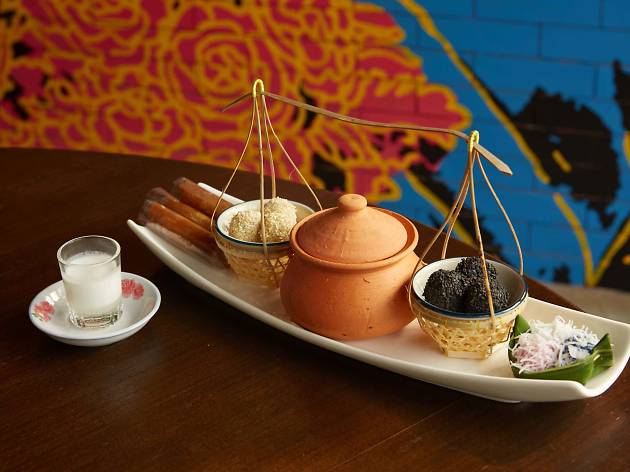 For most Thai folks, Trat, a small province on the eastern seaboard, is of little significance – barring its islands, which are usually overrun by tourists. But for the food-passionate, the region is home to one of the most delightful cuisines in the country, thanks to its abundance of seafood, fresh fruits and rare herbs. Recently, Trat native Wongwich Sripinyoo, hoping to put the city’s signature dishes on the food map, opened Sri Trat, a restaurant that also pays tribute to the two things he loves the most: his hometown and his mother.

Tucked in Sukhumvit 33 (a soi that’s already brimming with restaurants offering a gamut of choices), this charming house-turned-restaurant is stylishly dressed in dark indigo tones and greets diners with a make-yourself-at-home vibe. The reception room also functions as the bar, where a giant rose – the favorite flower of Wongwich’s mother – has been hand-painted on the floor. The homey dining room features chic, rustic details, with walls decked out with framed photographs recalling the owner’s childhood memories, and one corner is devoted to a colorful mural depicting his mother, a former beauty queen, elegantly clad in a locally inspired gown.

The menu carries items that strictly follow old family recipes and meticulously combine an array of fresh ingredients (some of them grown on-site). It includes staple dishes from Trat like pork curry with chamuang leaves (B220), which highlights tender pork chunks swimming in a tangy herbal soup. Another signature features barracuda pieces tossed in vinegar and served ceviche-style (B220). The fish is deliciously paired with a dipping sauce made of caramelized peanuts, resulting in a symphony of flavors underscored by sweet, smoky and sour notes. Young durian replaces the potato that is typically included in chicken massaman curry (B280), adding extra crunch and a hint of aroma to the dish.

If you’d like to end the meal on a sweet note, don’t miss out on the dessert platter (B350), which features Sri Trat signatures like khao krieb pak mor dieng, a rare treat stuffed with coconut and green beans, and bua loy haeng, a sweet, mochi-like dumpling dipped in aromatic coconut sauce.