Bangkok is a huge buffet city, with hotels and restaurants offering daily eat-all-you-can feasts or Sunday brunch specials. Many of these buffets prepare more food than their guests can consume—better be safe than have to deal with hungry, disgruntled customers complaining that there wasn’t enough roast beef.

But have you ever wondered what these restaurants do with all their excess food? Most become food waste, ending up in trash bins and, later, landfills. (64 percent of Bangkok landfills are made up of food waste.) Have you ever wondered if there was any way you could perhaps make sure that all these surplus food doesn’t just go to the bin? An NGO in Thailand has.

Scholars of Sustenance (SOS Thailand) is a Bangkok-based foundation that collects excess food from hotels, restaurants, supermarkets and private donors, categorizes and keeps them in the fridge before delivering them to those in need in different parts of Bangkok.

The foundation was fully funded by Bo H. Holmgreen, an IT businessman whose frequent travels around Southeast Asia took him to many luxury hotels, where buffet spreads are a daily offering. “He wanted to do something, making all the money that he made in Southeast Asia, to help Southeast Asia,” says Abigail Smith, SOS Thailand’s chief operation officer.

SOS first donors included Tesco Lotus, Centara Grand and Millennium Hilton. Soon after, other supermarkets and hotels signed up to supply them with uneaten food. “Corporate donors feel comfortable donating to us because we’ve got the numbers to back everything up.” SOS is now dealing with up to 2,500kg of donated food each day. “A large grocery store can donate up to 50kg a day, and one hotel buffet service period can donate up to 50kg a day. So if a hotel has three buffets, it can be 150kg on a standard day.” 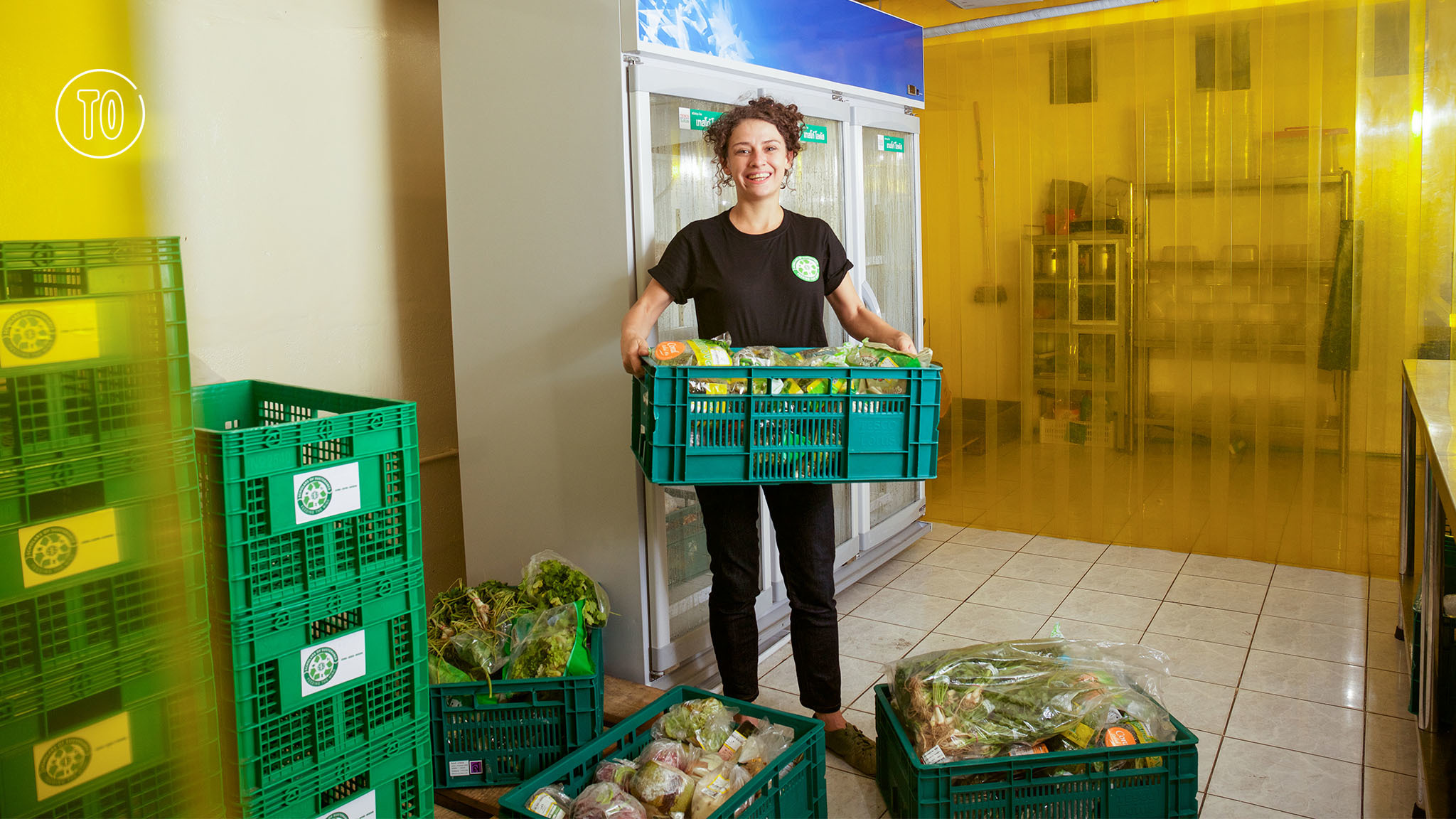 Receiving a large amount of food is a good sign for the growth of the foundation. However, when it comes to categorizing food, the charity needs to ensure that they reach a standard bar of food safety. “There are certain things that we do not take in our edible program.We don’t take cooked rice, we don’t take anything cooked with coconut milk and we don’t take cooked seafood. Those are what we consider to be high-risk items, and we just won’t take them,” Abigail explains.

SOS also runs two other two programs: animal-feeding and compost programs. “We have bins in the back of the cold kitchen as [staff] are prepping all the fruit platters and stuff. Usually, we’ll take [what’s inside those bins] out to the animals. The ones that are more coffee grounds, egg shells and that kind of prep scrap goes to the composting.”