Find the best things to do from the daytime to the nighttime in Bangkok with our events calendar of 2017’s coolest events, including parties, concerts, films and art exhibits. 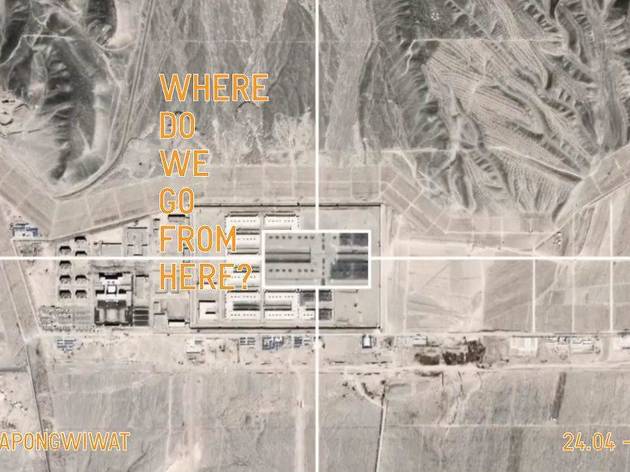 Where Do We Go From Here?

Piyarat Piyapongwiwat intends her exhibition, "Where Do We Go from Here?", to explore the ubiquity of capitalism that disguises itself in every aspect of our lives. She then reveals this corrupted system through her collection of artworks from photograph, painting, to motion pictures. The exhibition takes place at Gallery Ver from April 24 to June 6. 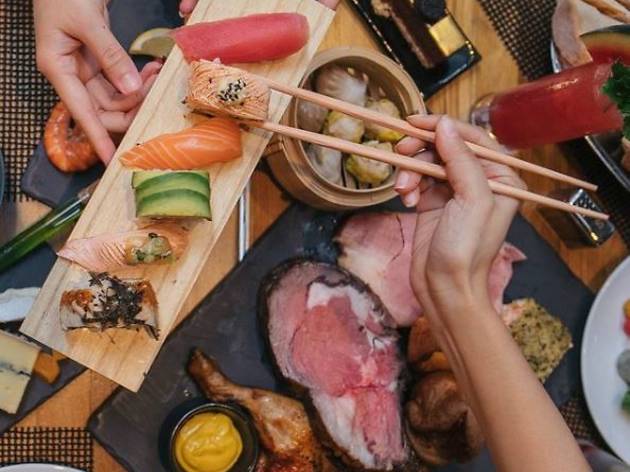 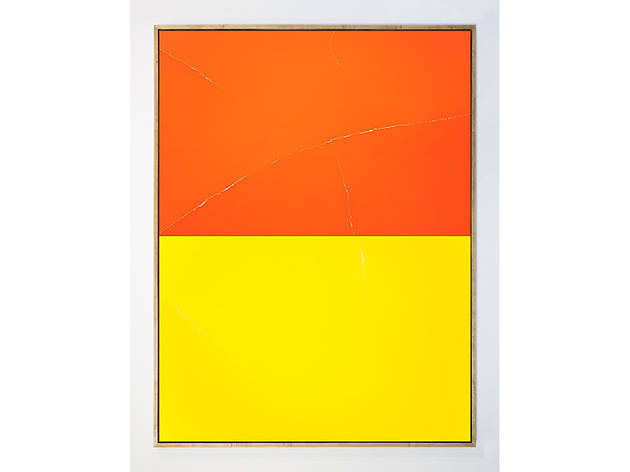 Swiss-Tibetan artist Tashi Brauen's work will be showcased for the first time in Thailand thanks to the collaboration between SAC Gallery and Ronewa Art Projects. "Hold on to That Paper Again" is the title of the forthcoming exhibition that brings two different collections by Brauen who looks to explore the balance vetween intentional mark-making and spontaneous forms. First up is the "Crack" series, a collection of paper creation with an sculptural approach in which textured lines emerge from bold monochromatic color fields. Meanwhike, the "Du" series focuses on repurposing pages of a Swiss art and culture magazine for Brauen's experiments with the primitive printing technique. Visitors can see the Hold on to That Paper Again exhibition from April 8 to May 22 at SAC Gallery. 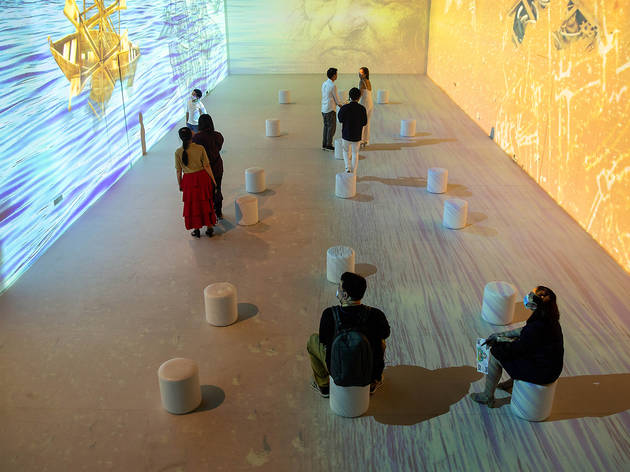 Southeast Asia’s biggest digital art exhibition has reopened. To celebrate its comeback, House of Illumination is featuring a brand-new, head-turning theme, “Think Like Da Vinci”. Italian Renaissance genius Leonardo Da Vinci inspires this latest showing. The exhibition takes some of his greatest works and transforms them into audio-visual spectacles that fill up eight rooms. Light Corri/draw: a laserlit tunnel leading to the imaginary world of the artist Perspective Study: a room inspired by Da Vinci’s The Adoration of the Magi that uses mirror reflections to evoke a mysterious dimension Shining Polyhedron: uses various geometric shapes to give a creative take on the Divine Proportion theory  Da Vinci Neo-Reflection: a spot where you can snap a shot with the Mona Lisa, projected on the wall and enhanced through a stimulating light installation The Glowing Sculpture: a sculpture comes to life with the use of innovative 3D lighting technology Perplexed Proportion: an ever-changing tunnel that portrays Da Vinci’s The Vitruvian Man in a style you’ve never seen before From Imaginations to Inventions: the artist’s drawings and scientific diagrams are projected as 3D illustrations on the walls of this room Davinci-Verse: a space that highlights Da Vinci’s famous artworks using the projection mapping technique House of Illumination: Think Like Da Vinci runs until 2 May at Central Gallery, CentralWorld. Tickets are priced at B350/adult, B300/student and B250/child (height below 110c 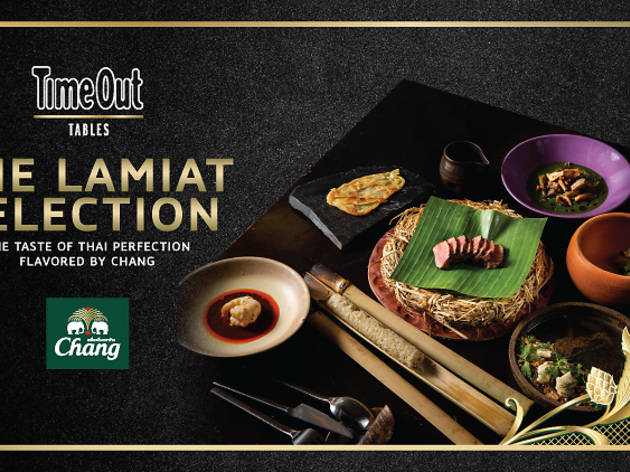 Time Out Bangkok, in collaboration with award-winning Thai beer brand Chang, is bringing back the unique fine-dining festival “The Lamiat Selection,” an exclusive event for discerning diners to experience gastronomic delights by four Michelin-recognized restaurants in Bangkok. These four elegant eateries: Bo.Lan, Baan Suriyasai, Le Du, and 80/20 will each create a new course menu to pair with Chang beer. Time Out Tables: The Lamiat Selection by Chang will feature a series of dining events with ongoing promotions as follows: April 9-30 at Baan Suriyasai (Michelin Plate) April 23 - May 14 at Le Du (One Michelin Star) April 30 - May 21 at Bo.Lan (One Michelin Star) May 7-28 at 80/20 (One Michelin Star) We truly believe that everyone deserves to try a fine meal once in a lifetime. This is why we want to welcome you all to join a great experience of dining and drinking at The Lamiat Selection. The price is B2,300 net per person and B2,500 net per person for an option of free-flow Chang Beer. Don’t miss out on this yearly food fest where you have only one chance to try special menus from Bangkok’s best restaurants. Tickets are available now via Facebook Page: Time Out Bangkok, call 09 5479 4383, or email marketing@timeoutbangkok.com. For more information, visit www.timeout.com/bangkok. 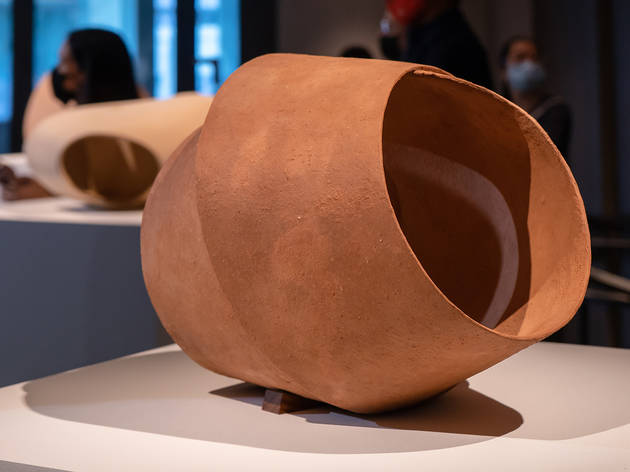 To celebrate International Women's Day on March 8, SAC Gallery has collaborated with four emerging female artists to reflect on womanhood with a passion to reflect the unexpected side of what people think of them. The names of these talented ladies are Thidarat Chantachua, Praiya Ketkool, Thanathorn Suppakijjumnong and Aor Sutthiprapha. Each one will showcase her unique artistic practice with the twist of innovation and personal narratives. Herspective will take place at Rosewood Bangkok Hotel from March 1 to May 31. 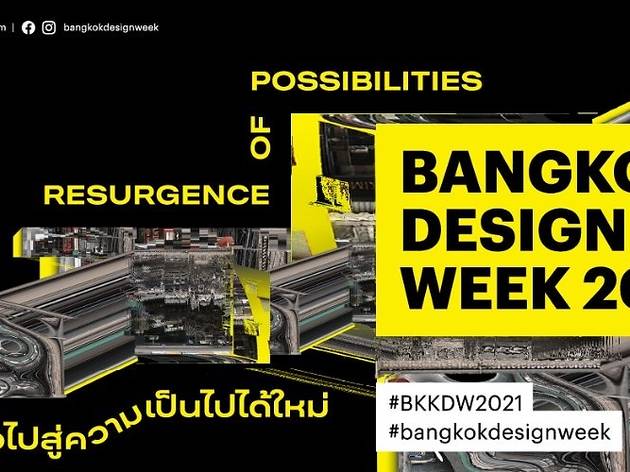 Bangkok Design Week returns to inspire creative minds mid-pandemic with the theme “Resurgence of Possibilities.” A series of design showcases and exhibitions from more than 1,000 designers and entrepreneurs, not to mention a wide selection of activities and markets, help ignite your creativity, and passion for life and art. Due to the ongoing coronavirus crisis this year, Bangkok Design Week 2021 are focusing on hosting most of the events online, and the entire festival will run until July 31. You can check out all programs, which include art exhibitions, talks, and live performances, via this link. 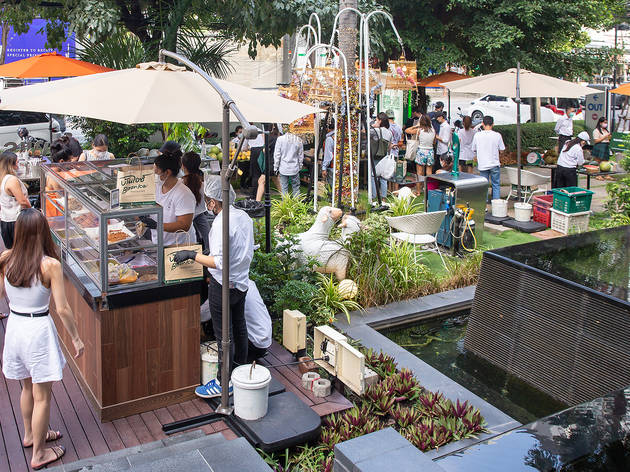 Baan Ice restaurant hosts a community-supported market at its front courtyard where you can shop for to-go meals, fresh produce, and a variety of sweets and desserts. See more here. 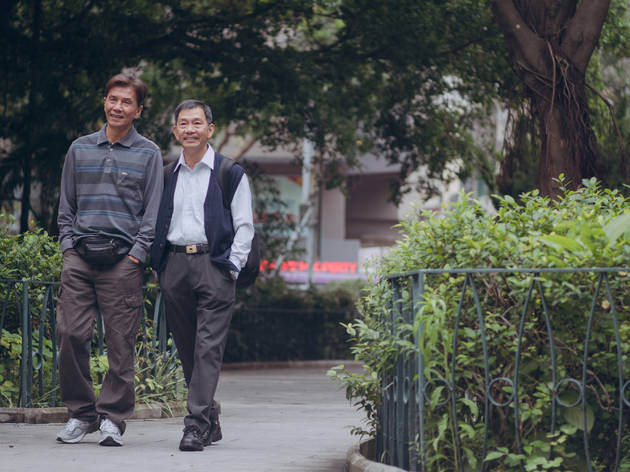 Pak, a 70-year-old taxi driver who cannot resist his deep, homosexual desires meets Hoi, a divorced retiree who also shares the same interests. Amid the challenges imposed by family and tradition, the two overcome their qualms and pursue a clandestine relationship. Suk Suk (aka Twilight’s Kiss) is the third feature film by Hong Kong filmmaker Ray Yeung following his 2015 breakout film Front Cover. Taking inspiration from the non-fiction book Oral History of Older Gay Men in Hong Kong, Yeung gives a new perspective to the queer narrative with a forbidden love story of two elderly men struggling with the expectations of a strictly conservative Hong Kong society. While illicit love affairs are over-represented in LGBTQ cinema, Suk Suk avoids a clichéd retelling by fleshing out the characters of these “gay grandpas.” What’s more fascinating, Yeung trains the spotlight on the lives of senior homosexuals in the traditional Chinese setting. Some spend a lifetime hiding their true selves from the public, while others fight for their rights to live out and about. Suk Suk deftly explores Hong Kong’s varied social, political and religious views, and in doing so uncovers deep-seated biases that highlight how homosexuality is still taboo in the Chinese territory. But Yeung manages to inject a lighthearted aspect to the film, despite the despondent situation of its lead characters. This unconventional romance will warm your heart, inducing a tear or two and some laughs along the way. Award