Whether you want to impress someone special, blow off some steam, or sing torch songs about the one that got away, every know and then it's time for a night of karaoke. Fortunately, Boston boasts lots of bars and restaurants that have weekly or even nightly sing-along sessions where patrons show-off their vocal and performance skills, or make complete fools of themselves. It’s all good fun either way. There is also a dedicated karaoke club and a sing-along centric bar offering sessions, every night. If you prefer to forego the karaoke for a more low-key evening, try one of Boston’s best dive bars. Looking for something more romantic? Try one of the best date ideas in Boston. Or, if you want to watch a pro hit the mic, head to one of Boston’s best music venues.

RECOMMENDED: See the full list of the best bars in Boston 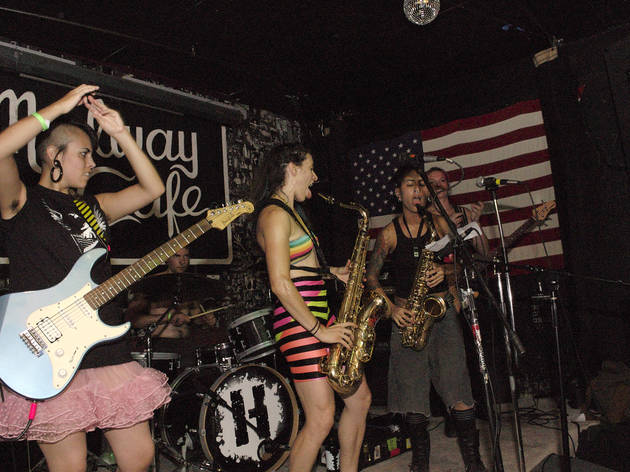 The Midway Cafe’s Queeraoke is one of Boston’s most interactive, immersive and sweat-soaked karaoke sessions, and it is also emphatically all-inclusive. Tucked away in Jamaica Plan, this dive-y bar and club’s Queeraoke is also one of Boston’s longest running queer nights. But for one and all, this weekly high-energy fixture mixes karaoke with dance sets, all overseen by the club’s DJ Moxie and DJ Summer.
Thursdays from 10pm 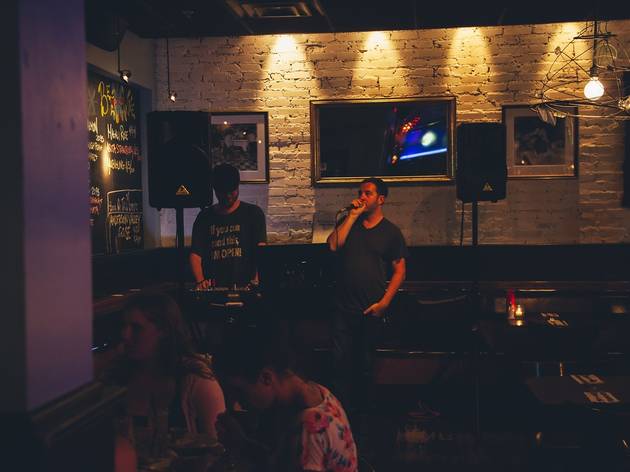 Winter Hill’s convivial southern-style eatery and bar features a weekly karaoke session MC’d by The People’s Karaoke. It includes a large assortment of songs: from pop and rock classics, to Broadway and Disney smash hits. Also, the lyrics are available in French, Swedish, Spanish, and other translations. All that, a good bourbon or two to oil the pipes, and off you go!
Wednesdays from 10pm 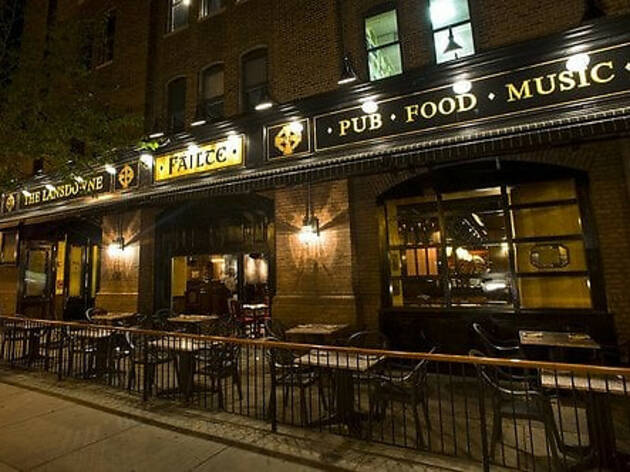 If there’s one thing better than showing off at a karaoke session, it’s showing off at a live band karaoke session. The usual pub fare and drinks are on offer at this Fenway favorite, feet away from the Red Sox’s hallowed field. But there’s added allure when, each week, cover band Jukebox Heroes backs, or leads, armchair singers through classic hits, and more. You name it, they’ll play it. But you have to sing it.
Thursdays from 10pm 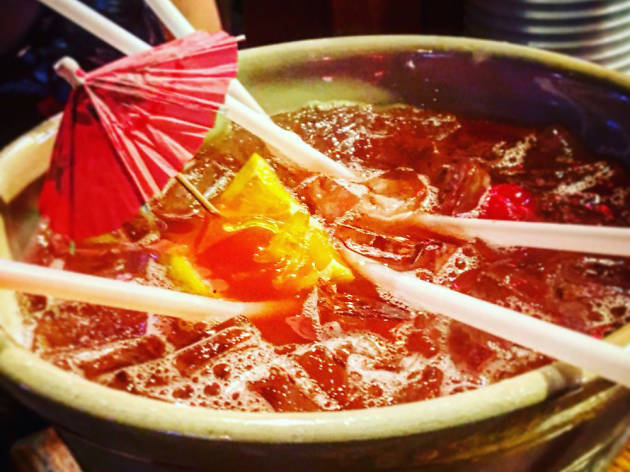 The younger, sister venue to Harvard Square’s Hong Kong restaurant, which opened in 1954, is less of a restaurant and more of a bar and club, boasting brightly colored, immensely drinkable Scorpion Bowls to get you in the mood for its lively, nightly karaoke sessions. Scorpion Bowls and karaoke: just add a few friends and off you go.
Sundays and Fridays from 5pm; Mondays from 5:30pm; Tuesdays through Thursdays from 6pm; Saturdays from 2pm 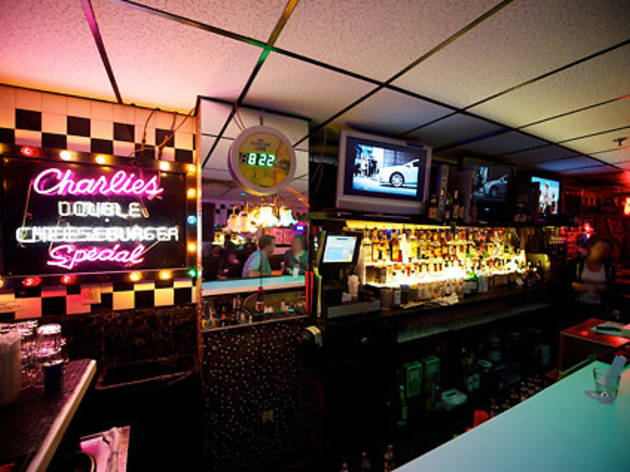 Despite the rampant fancifying of everything within a five-mile radius of Harvard, the stalwart Charlie’s Kitchen has hardly changed a bit. This place may be known as the double cheeseburger king, but the loud, ready-to-drink crowd of punks, students, professors and local rock luminaries pile into the upstairs bar for the massive glasses of beer, cheap eats, snippy waitresses, and the best damn jukebox in Harvard Square.
Tuesdays from 10pm 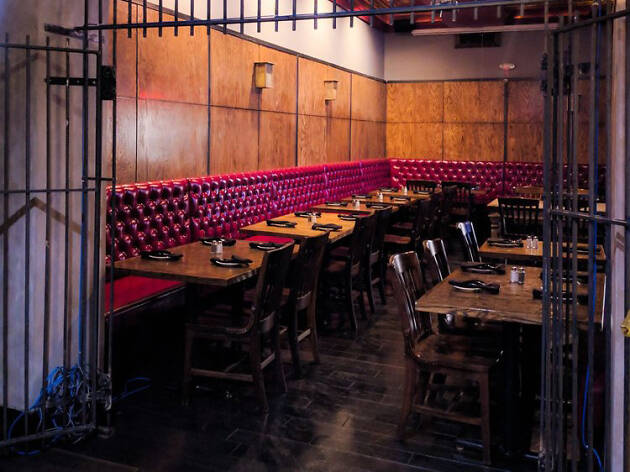 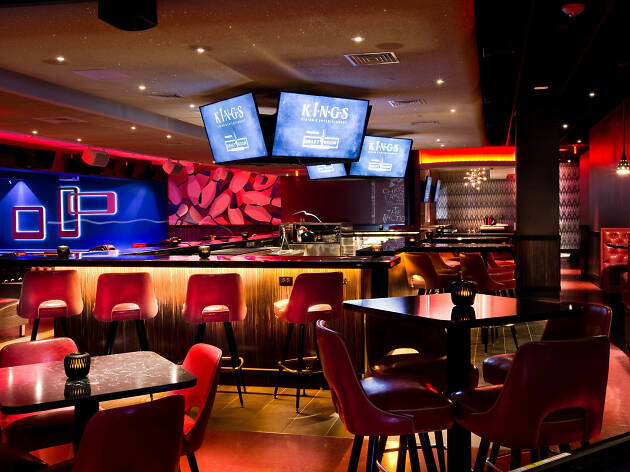 Really, how much fun can there be under one roof? Not only does Kings offer stellar bowling and other games, as well as drinks and American food, but there is the Backstage Karaoke Bar, open Wednesdays through Saturdays from 8-11pm. The former private event room, perfect for birthday parties and events, features professional karaoke equipment, a photo booth with costumes and props, full-service bar, and fine food. 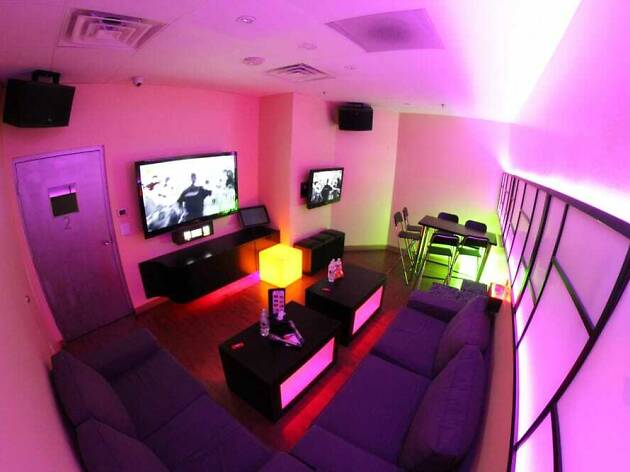 This dedicated karaoke venue in the Theater District has a main stage with larger public sessions, three nights a week, and private rooms that can fit up to 40 people available every night by prior reservation. As Limelight is available for private events, call ahead to make sure the Mainstage is open. Limelight serves beer, sake, and wine, and has a bar menu.
Mainstage: Thursdays through Saturdays 8:30pm-1:30am; Private rooms: Mondays through Thursdays 5pm-2am, Fridays through Sundays 2pm-2am 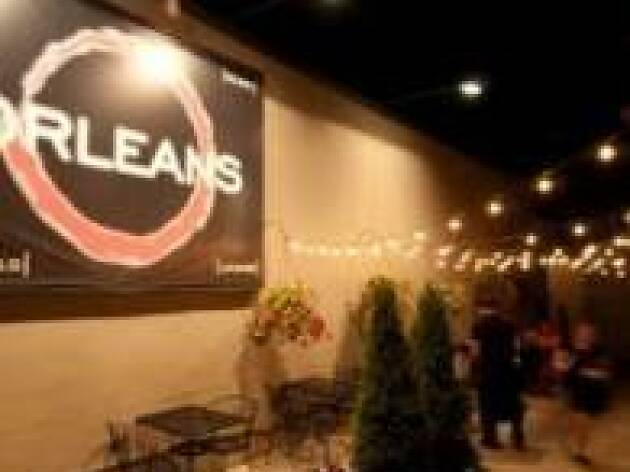 Finish off your weekend in fine style with Orleans’ Sunday night karaoke. This casual bar and restaurant, just off Davis Square on Holland Street, has parking in the lot across the street, and offers burger of the week specials, along with sports viewing on the TVs. So, arrive early for dinner, catch up on the game, and then air your lungs out during the weekly Sunday night karaoke sing-along.
Sundays from 10pm 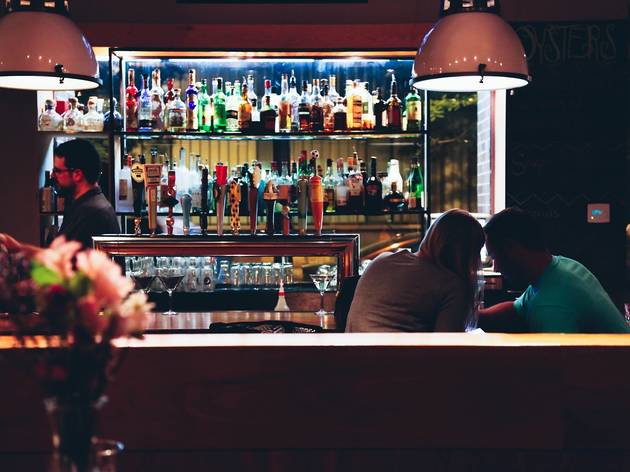 On the other hand, kick your weekend off with a gorgeous dinner at this Kendall Square haunt and stick around for its Friday night karaoke set. Or, head in just for karaoke, order up some lovingly created cocktails and a pizza, and settle in for some sing-along fun.
Fridays from 10pm 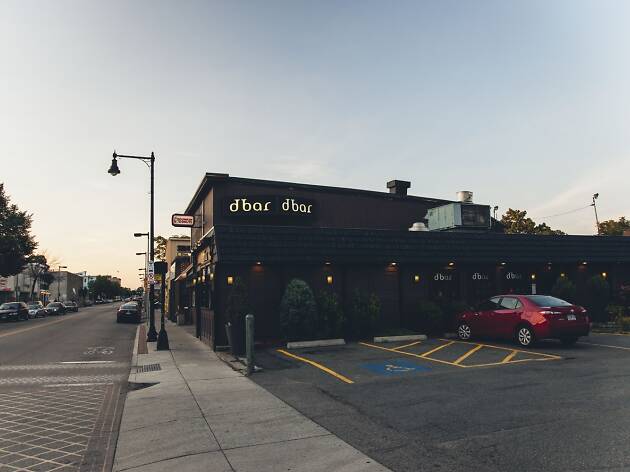 Here is another option for launching the weekend, or plain blowing off steam after the workweek. This Dot Ave spot serves fine food and drinks, and adds karaoke to its nightlife roster every Friday night, all in a gay-friendly atmosphere. The sometimes-themed sing-along adds seasonal events like the humorously titled Karaoke Scream Queens. Dbar’s resident VJ, Ryan Grow, hosts each singing session.
Fridays from 10pm 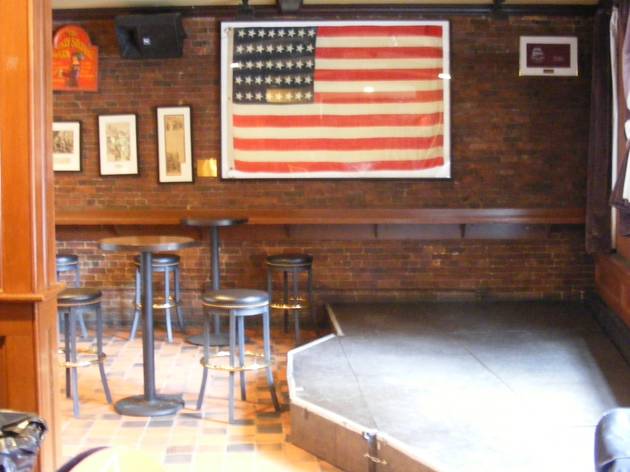 Though it claims to be the oldest tavern in town (1795), you'd hardly know it from the Bell in Hand's interior decoration (think exposed brick walls and neon). Come by and belt out some classics in historic environs.
Tuesdays from 9:30pm 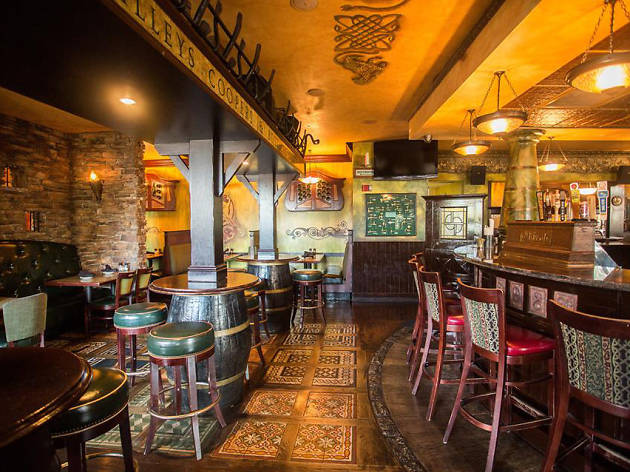 Built in Ireland and shipped to the Hub piece by piece, the Kinsale hits all the marks an Irish pub should. The Irish staff are unfailingly pleasant and pull a fine pint of Guinness. The Kinsale's über-central location (right across the street from Boston City Hall) means it can get crowded fast, but great pub grub and occasional live music more than make up for any stepped-on toes or spilled suds.
Thursdays from 8:30pm