Three Dots and a Dash

There are, it seems, two Three Dots and a Dash. There’s the crowded, noisy Three Dots, where a DJ plays Justin Timberlake and you’re lucky to get a seat—and even if you do, someone will be elbowing you in the back as they urge their friend to “Chug! Chug! Chug!” their marigold-accented tiki drink. Then there’s the serene tiki bar, where you can sit at the raffia-decorated bar and listen to island-themed music while you eat coconut shrimp.

I just can’t seem to find the second Three Dots.

I’ve been to the bar on several occasions, weekdays and weekends, at 5:15pm, right after Three Dots opens, and at 11:15pm for a nightcap after dinner. No matter when I go, the bar is raucous and the music is loud. Friends swear they’ve been to Three Dots when it’s quiet and you don’t have to yell at your companions to be heard. I haven’t found that magic time yet.

But it’s River North, right? And Three Dots is the hot new bar, and a Melman project at that, so of course people are going to line up in the alley, where a blue light marks the door and a bouncer with an earpiece checks IDs, right?

Right. So I’m going to move on and tell you why you should pack your earplugs and just go anyway.

First of all, you won’t realize how much you were missing perfectly made tiki drinks in your life until you have one here. Since Trader Vic’s closed in 2011, there hasn’t been a dedicated tiki bar in the city, and we’ve needed one. These aren’t frozen daiquiris dispensed from a machine—at Three Dots, bartender Paul McGee’s menu is divided into classic and modern tiki drinks. There are eight in each category and they’re all $13. The drinks are beautifully garnished, with orchids, marigolds and pansies peeking out of skull, coconut and tiki head glasses. And they’re potent—there are tiny skulls printed on the menu next to some of the particularly boozy options, which is helpful to note, as none of the drinks taste especially boozy, thanks to all the fruits, herbs and spices used.

All but three of the cocktails include rum, and since they’re all more or less variations on the rum-fruit-citrus combination, most of them taste pretty much the same. So while you should definitely try the rum drinks, like the passionfruit-tinged Painkiller No. 3, a modern concoction rounded out with cream, or the classic Pago Pago, an almost vegetal drink with green chartreuse, pineapple and crème de cacao, you should also try the non-rum drinks for something different. I’m partial to the Saturn, a classic tiki drink made with gin, passionfruit, lemon, falernum and almond, which provide spice and nutty notes. Aloha, Mexico is a tequila-based drink, with tamarind, genever, pineapple and Hellfire bitters, which scorch the back of your throat.

Plus there are punches—four of them, and they need to be shared. The punches range from the Treasure Chest No. 1, a totally absurd $385 punch doused with a bottle of Dom Perignon, which was paraded through the bar on our first visit, with dry ice pouring out of it. There’s also the much more manageable Zombie Punch, which contains four rums, is set on fire and served in a crystal skull.

Given how strong the drinks are, it’s not wise to go to Three Dots on an empty stomach. If you do, there’s a food menu comprised of “island fare,” and it has improved substantially over the month the bar has been open. The clear winner is the Thai fried chicken, sweet-spicy nuggets showered with scallions and cilantro, while the crab Rangoon, little pockets stuffed with blue crab and cream cheese, are a big step up from take out versions.

At first glance, Three Dots and a Dash appears to be all flash—the smoking punches, servers bedecked in long Hawaiian dresses and the clubby soundtrack can distract from the fact that the drinks here are really, really good. And there’s more good news for serious rum nerds—earlier this week, Three Dots released a new list of 16 classic rum cocktails that range from $11-$13 and include a simple daiquiri (simple compared to the banana daiquiri on the tiki menu that’s garnished with a dolphin carved out of the fruit), a caipirinha and a cuba libre. There’s also a 10-page rum book that lists the more than 165 rums available, as well as other cane spirits.

The tiki glasses are available for sale, but if you don’t want to shell out $15 for a glass, pocket the swizzle sticks, which are shaped like mermaids, octopi or McGee’s bespectacled tiki head. The swizzle sticks are an example of just how much thought and detail has gone into developing Three Dots. But when this much effort has been put into creating the perfect tiki bar, Jay-Z, as much as I love him, just kills the tropical feel. I’m holding out hope that on a future visit I’ll find the mythical, quiet tiki bar and explore the new rum menu at length. But until then, I’ll just pack my earplugs whenever I’m craving a Mai Tai. 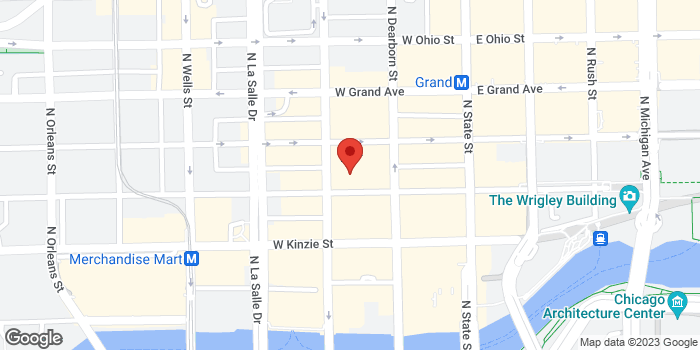