This city is most assuredly not lacking for great places to drink great craft beer. Want a temple to Belgian beers, pints with your pinball or a rare draft pour with awesome burgers? Check, check and check again. We live in a city where even dive bars have plenty of local draft options, where restaurants are adding taphandles by the dozen and awesome beer lists are showing up in the damnedest places. From a casino to Whirlyball, these are some of the most surprising places you’ll stumble across a great beer. 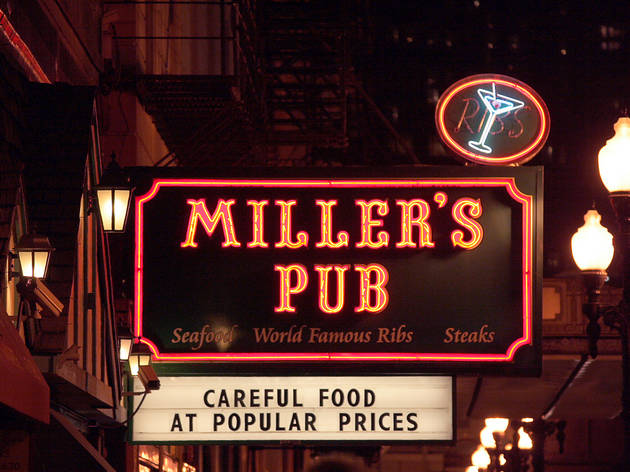 Any restaurant that’s been in business for eight decades must be doing something right with its food, but you’d be forgiven for assuming its bar program might be a little dated. But when we wandered in here recently, we were proven wrong with a draft list we’d love to see anywhere else in town. Standards like Revolution’s Eugene Porter and Allagash White won’t raise eyebrows, but new brews from local upstarts like Pollyanna, specialty one-offs from Half Acre, Moody Tongue’s food-focused brews and even Off Color Scurry on nitro can be found here. Pair that last one with one of Miller’s very sold patty melts. 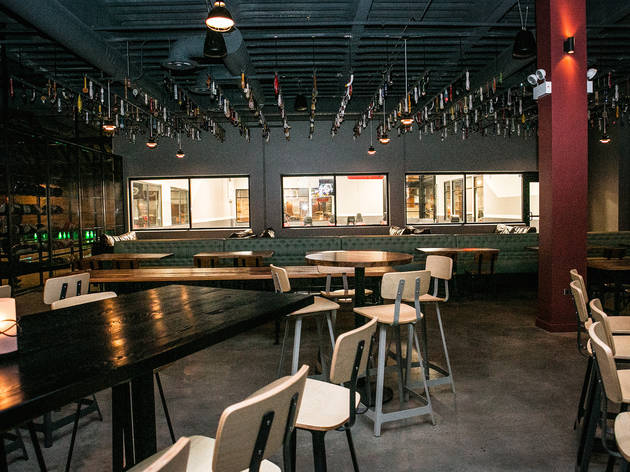 We’re not sure who decided a local bumper-car-lacrosse center needed a dozens-deep taplist, but we’re certainly glad they did—when we think “game with violent impacts” we definitely want a specialty beer afterward. With 30-plus options on draft like the sour Bam Biere from Jolly Pumpkin, pours from the underappreciated 3 Sheeps in Wisconsin, monster 9-10% ABV brews like Ballast Point’s Victory at Sea and New Belgium’s Cocoa Mole (which probably tastes great after a good sloshing on the court), Chicago offerings from Ale Syndicate and Local Option, and yes, Bud Light, too, this is the spot for a much smoother office teambuilding event. 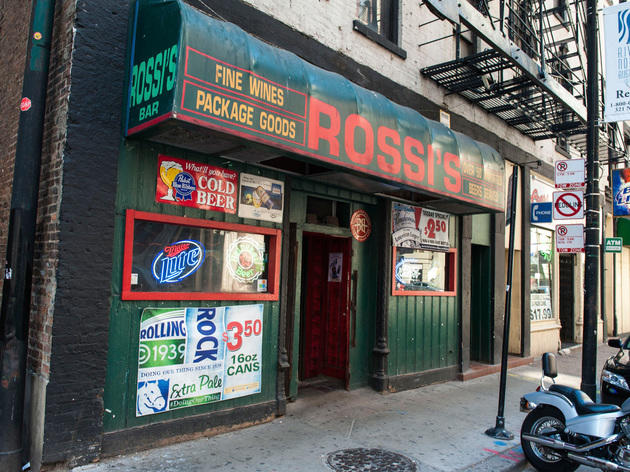 How many tourists—hell, how many locals?—have walked past the swinging front door of this unassuming River North dive, not knowing the splendor that awaited them inside? This no-frills bar has always had some great brew options awaiting those willing to enter, but a recent visit found some very impressive options, including bottles of Bourbon County Barleywine. Even better, you can take it to go. 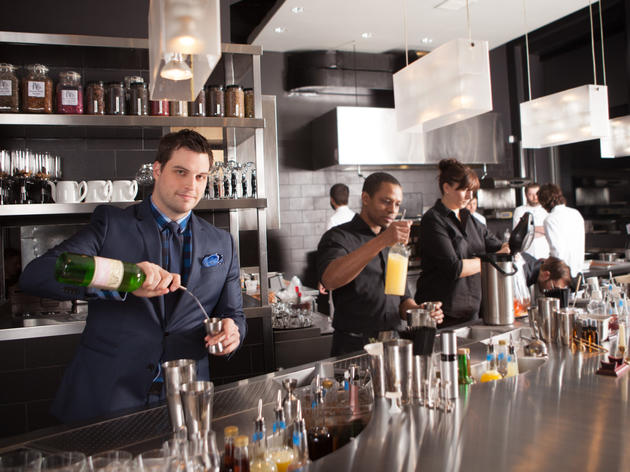 Grant Achatz’s bar has a tasting menu–style cocktail program, but would you believe the Aviary is also a pretty good place to get a pretty good beer? Beverage director Micah Melton is a gypsy brew–loving beer geek going back to his early Iowa City days in the restaurant industry, and brings an appreciation for the rare and weird stuff.

The Aviary has six draft lines, which feature brews from Moody Tongue, Jolly Pumpkin, Against the Grain and Evil Twin, which also brewed a collaborative series of 10 barrel-aged beers (held in former Scotch, cognac, tequila, bourbon and rum barrels) for the Aviary. The Office doesn’t have any draft options but features a large list of heavy, dark beers. 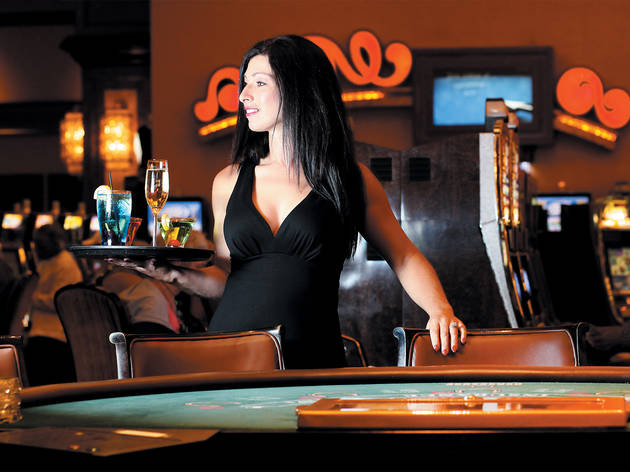 Casinos aren't usually known for their great drink options, but just across the state border there's Horseshoe Casino’s Sixth Street Bar. Originally a wine bar, it changed to a craft beer focus in 2012. With two dozen taps featuring brews created nearby including Greenbush, Three Floyds, Bells and New Holland, as well as other offerings from breweries like Southern Tier and Brooklyn, Sixth Street raises your casino drinking options to far better odds than a crap shoot. 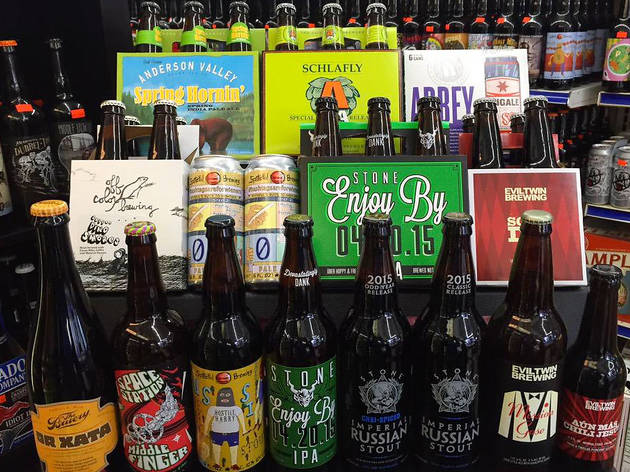 There must be a lot of very thirsty and adventurous beer drinkers in Humboldt Park, because this corner store stocks bombers, six packs and cans as part of a selection of craft beer that reaches into the hundreds. Looking for the latest weird bomber from Pipeworks? The newest lager from Metropolitan? Fresh brews from Surly, Against the Grain and 4 Hands? You don’t need to head to the big liquor store downtown; you just need to know where to look. Curious about a particular brew? We bet you’ll be hard pressed to find a corner beer store with a more impressive BeerMenus lineup. 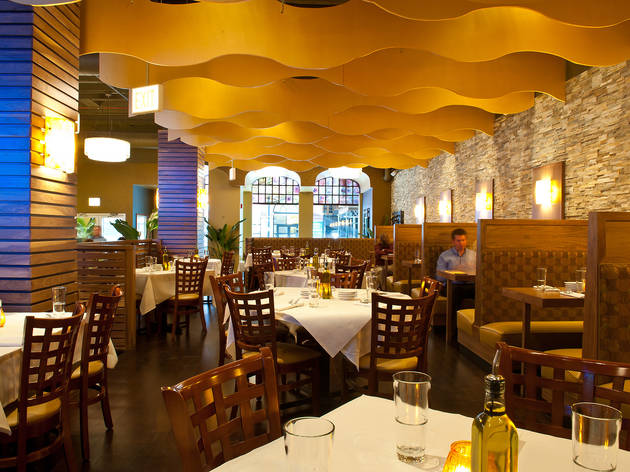 Pazzo’s four other restaurants around the Loop are synonymous with Italian food, but this anomaly offers more beer-friendly options like burgers, wings and other bar snacks. Oh, and shockingly good and varied beers from small operations like One Trick Pony, Marz and Penrose, plus Bell’s hard-to-find Hopslam. One-off events also lure in-the-know Loop workers—recently, the purchase of an IPA flight got you a pour of Pliny the Elder, a beer craved nationwide that isn’t distributed here. Whales like Perennial Abraxas and Bourbon County also show up on occasion behind the bar here, too. 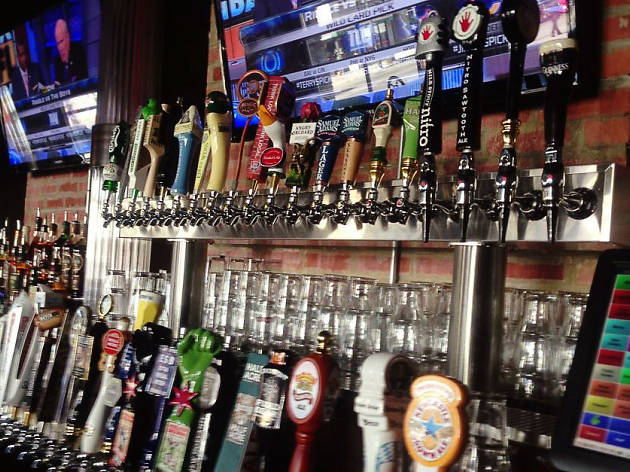 You’d be forgiven for thinking it’s impressive to find a restaurant with alcohol anywhere at all along this strip of Kedzie, which is basically block after block of kebab, shawarma, hummus and pita. Tucked into this unassuming brick-fronted spot a little south of the Brown Line, however, is a bar packed with a full 40 taps of beer and some classic Chicago thin-crust. It's perhaps the least pretentious place with the most draft options, but it's still happy to push $3 Fireball shots and buckets of Millers.

Read more
Book online
Get us in your inbox