The five best things we saw on Thursday at Lollapalooza

With a delayed opening and intermittent rain showers throughout the day, the first day of the newly-expanded, four-day Lollapalooza was consistently damp but (thankfully) devoid of any large-scale evacuations. Attendees showed up ready to brave the elements, snatching up promotional ponchos and cramming into the fields, even as dark clouds continued to roll across Grant Park. At least the precipitation kept things relatively cool—we always prefer a few puddles to a sweltering day amid the tank top-clad hordes. 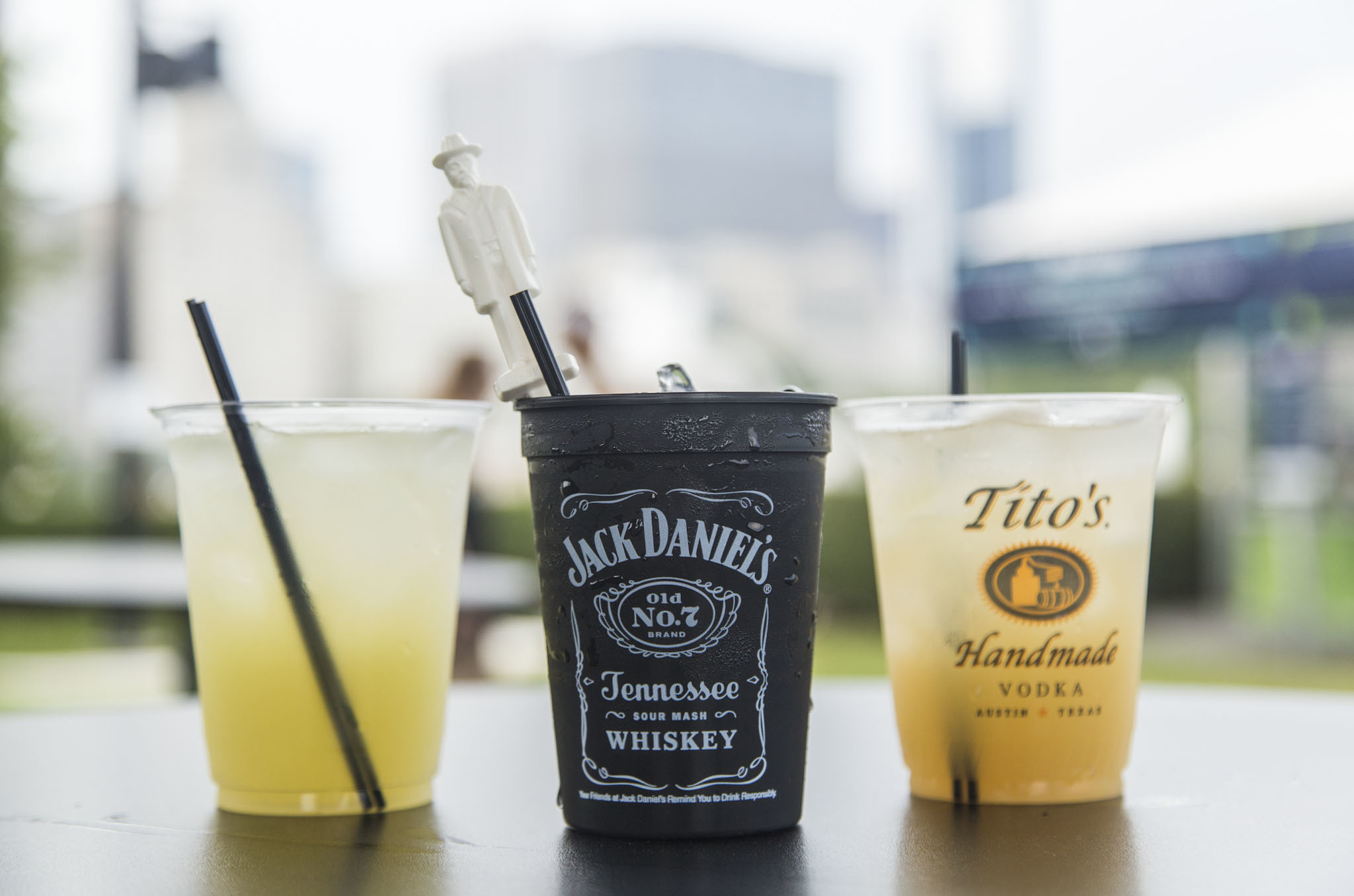 Don't feel like paying $9 to chug a Bud Light tallboy in the beating sun? The new Mix’d Up Cocktail Bar provides a slightly classier drinking oasis amid the insanity of Lollapalooza. Our favorite drink is the Tito's Handmade Vodka and Cucumber Mint Lemonade made with vodka, cucumber cordial, lemon juice and Rare Tea Cellar's Green Dream mint iced tea. Once you've traded $13 for a boozy concoction, there are lawn chairs and high top tables with a view of the sailboats in Lake Michigan—if you’re looking for a spot to just take a few minutes to breathe, this is it. —Elizabeth Atkinson

2. The witty balladry of Lucy Dacus

She might look like an unassuming 21-year-old (especially at a festival where that's the target demographic), but when Lucy Dacus begins singing, she reveals a sophistication and talent that transcends her relatively young age. Stuck with an early set on Lollapalooza's smallest stage, Dacus launched into a set of foreboding tracks from her recent LP, No Burden, awash in atmospheric chords and witty lyricism. "Thanks for showing up to this stage, you could have gone other places," Dacus noted before closing with a slow-burning ballad, demonstrating the genuine modesty of someone who is clearly going places. —Zach Long 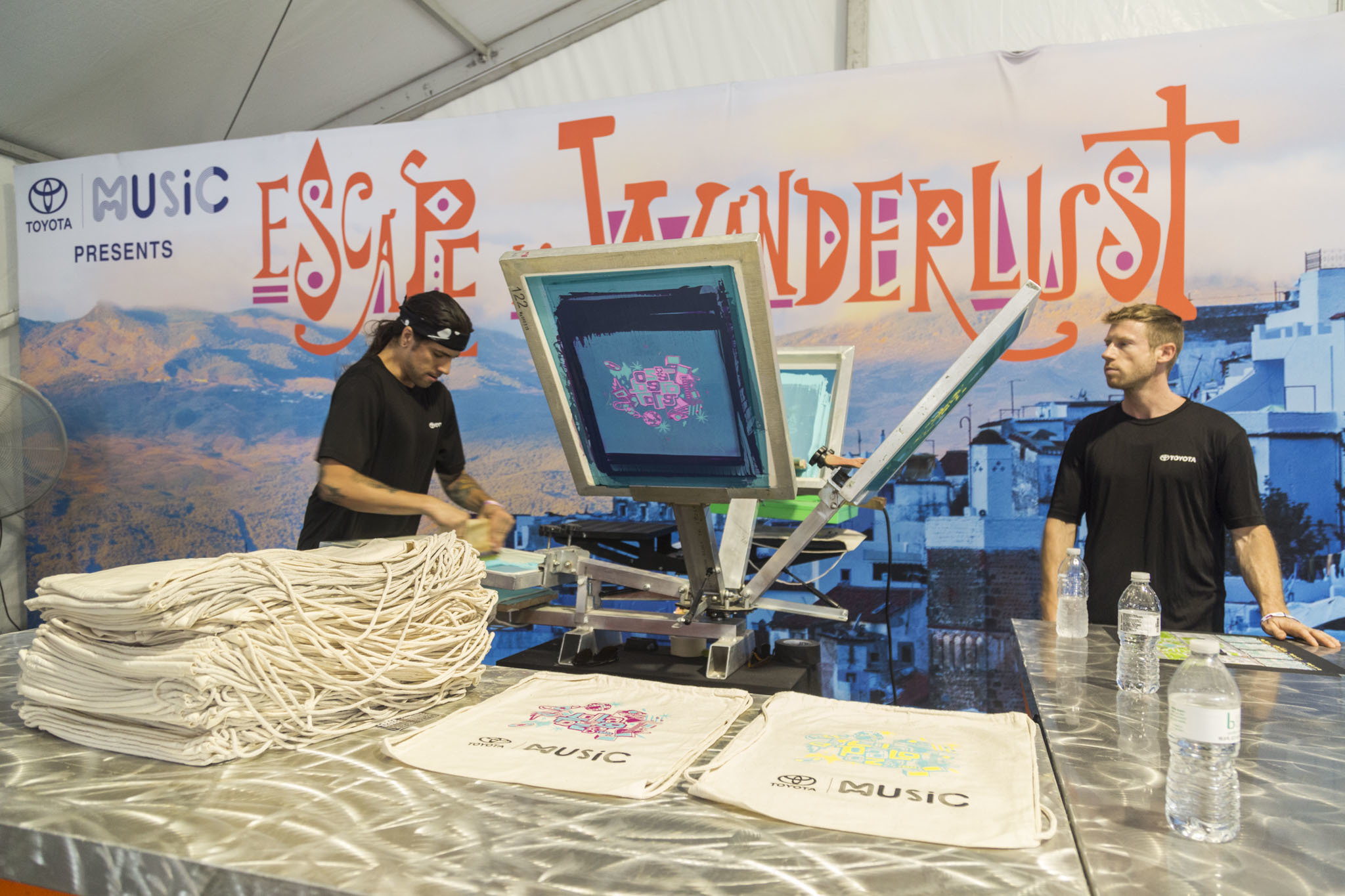 If you want some sweet Lollapalooza swag that doesn't require a visit to the festival's offical store (located on the east side of the Buckingham Fountain in a giant tent), head over to Toyota's "Escape to Wanderlust" promotional tent located on the west side of Columbus Drive just north of the Perry's stage. They're handing out free (yes, free) canvas bags that are screen-printed on-site. You can choose from one of two designs, and commemorate the weekend with a vessel for all of your empty beer cans. —Clayton Guse

4. A soulful showing from the Arcs

Dan Auerbach is something of a Lollapalooza mainstay—he's played the festival five times with the Black Keys and once with his eponymous solo project—but its been four years since the frontman's blues licks graced Grant Park. Fronting his latest soul-tinged band the Arc, Auerbach brought some guitar heroics to a festival that, aside from Kurt Vile, has been sorely lacking in virtuosic six-string shredders. —Zach Long

She may be a pop star, but Lana del Rey dreams of being a classic movie star. Three years after her headlining set on a side stage, the flower-crowned singer returned to the festival with a cinematic live show casting herself in the starring role, backed by a carefully draped curtain, grainy projections and her name spelled out in neon. Set to the soundtrack of her appropriately melodramatic catalog, she smiled for the camera (filming in black and white, naturally), took time to sign autographs and received flowers from her shrieking admirers in the front row. By the time the Navy Pier fireworks started bursting in the background of del Rey's set, it simply seemed like the third-act climax of her silver screen-styled performance. —Zach Long