Museums, Special interest
3 out of 5 stars 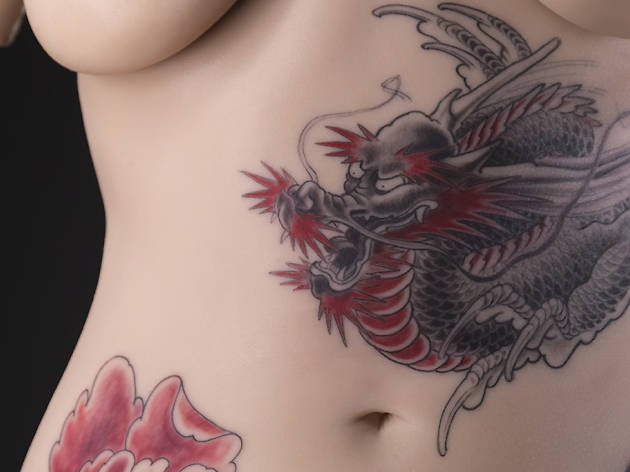 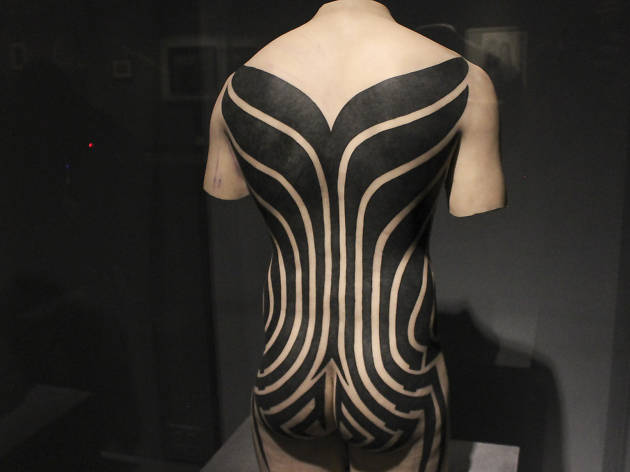 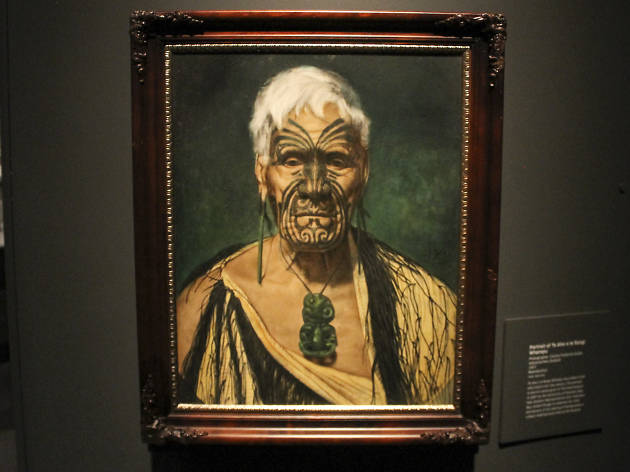 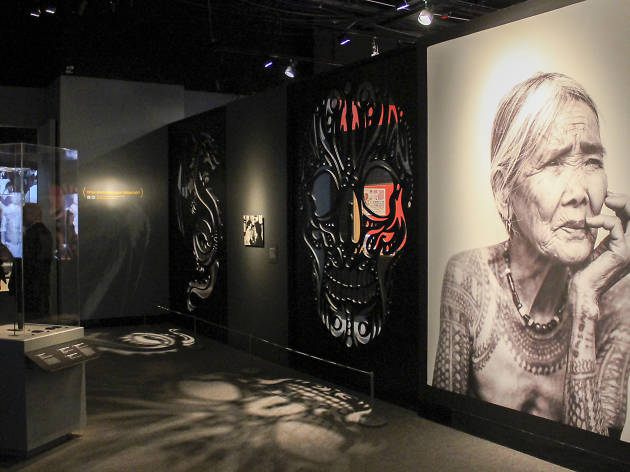 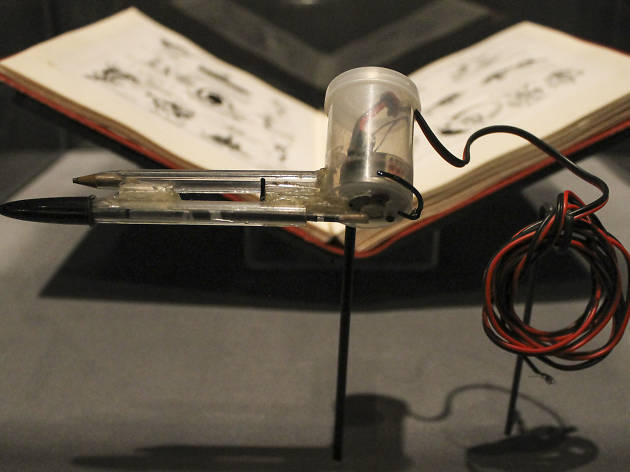 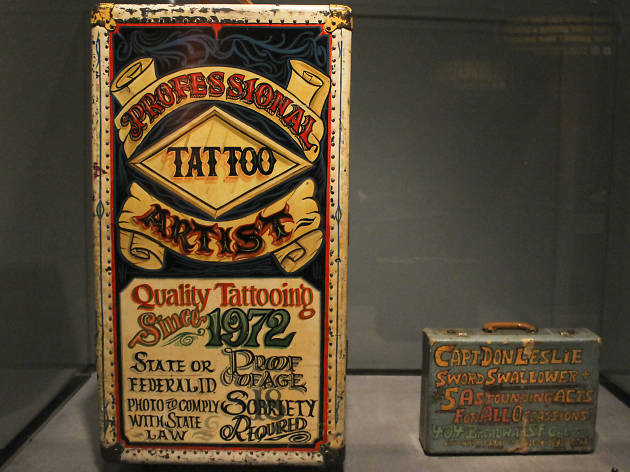 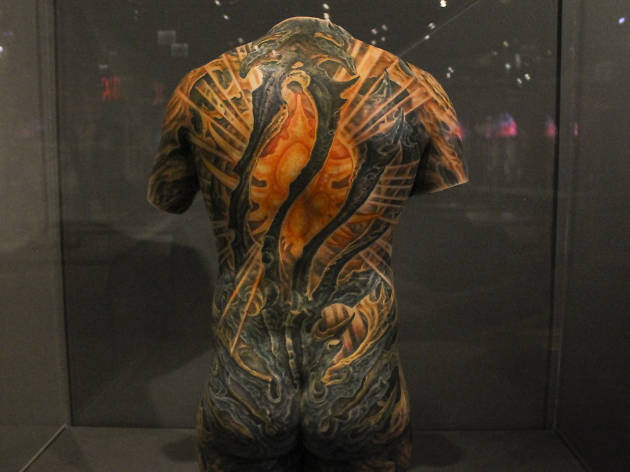 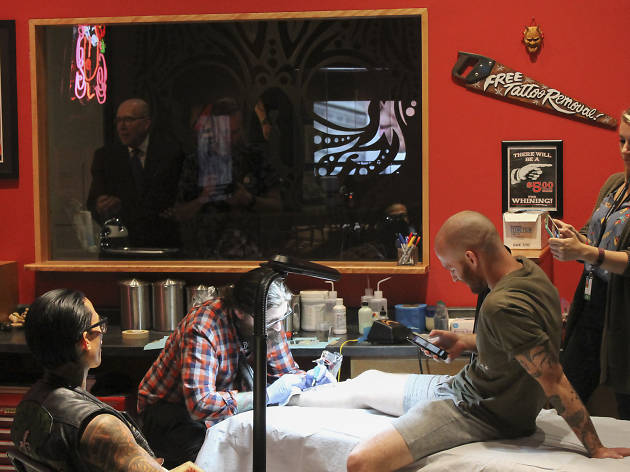 A traveling exhibition examines the history of tattooing and how the practice has left its mark.

It’s safe to say that the days of getting a tattoo as an act of rebellion are behind us—according to a recent Harris Poll, 47% of people between the ages of 18 to 35 have been inked. Tattoos may be more prevalent (and visible) than ever before, but the act of injecting ink into skin comes laden with centuries of cultural and symbolic significance. The latest traveling exhibition hosted by the Field Museum, simply entitled “Tattoo,” seeks to depict the history of the practice, tracing the evolution of the art form to its present ubiquity.

While the practice of tattooing dates back at least 5,000 years, “Tattoo” doesn’t reach back to its beginnings. Instead, the exhibition begins with a collection of artifacts and photos that date back as far as the 15th century, including carvings of masks from New Zealand and Alaska that depict figures with facial tattoos. Photos on display establish the practice as one that held spiritual and societal significance in many cultures, as exemplified by facial markings on indigenous Japanese and American women, which are thought to represent the transition to womanhood.

“Tattoo” suggests that the art form grew in new ways as more people gained access to it. Visitors will see catalogs of tattoos that prisoners in Russian gulags gave one another during the 1950s, with each image representing a crime or an aspect of the recipient’s life. Another section provides a look at the tools of the trade, ranging from a 17th century tattoo stamp to an electric tattoo machine developed by Illinois artist Milton Zeis. Of course, you’ll also find recognizable nautical flash sheets drawn by Sailor Jerry and the Japanese-inspired designs of Ed Hardy lining the walls of a section devoted to tattooing in the West and its popularity among subcultures such as sailors and motorcyclists.

While each of the pieces on display is presented with a bit of historical context, the majority of “Tattoo” functions like an art exhibition, with artifacts arranged in a way that accentuates their similarities rather than their place in a historical narrative. The approach is better served in the final portion of the exhibition, which presents 15 silicone body parts that have been tattooed by contemporary artists. From traditional Maori designs reinterpreted by New Zealand artist Mark Kopua to the ultraviolet light-sensitive inks favored by London artist Xed LeHead, it’s easy to see how tattooing has progressed alongside new advancements.

Before exiting, visitors will encounter the Field Museum’s Tattoo Shop, a functional parlor where local artists will be administering tattoos (yes, real ones) throughout the exhibit’s run. It serves as a reminder that, while getting a tattoo is a (nearly) permanent decision, the human bodies that host them are ephemeral. Many of the physical records of the art form have been lost, which could account for some of the exhibit’s shortcomings. You’ll have to piece together some of the history yourself, but “Tattoo” still manages to demonstrate how the practice has left its mark.