Summer in Chicago is dominated by live music, with hordes of bands stopping through the city to play summer music festivals like Lollapalooza or Taste of Chicago, and plenty of others performing at Chicago music venues. We're looking forward to epic headlining sets this season, but we're just as excited about some of up-and-coming local bands that will be playing shows throughout the city and joining the fray at fests. As you plot out your concert schedule for the coming months, keep an eye out for seven Chicago artists that deserve your undivided attention when they take the stage this summer.

RECOMMENDED: Our complete calendar of concerts in Chicago

7 Chicago artist to see this summer 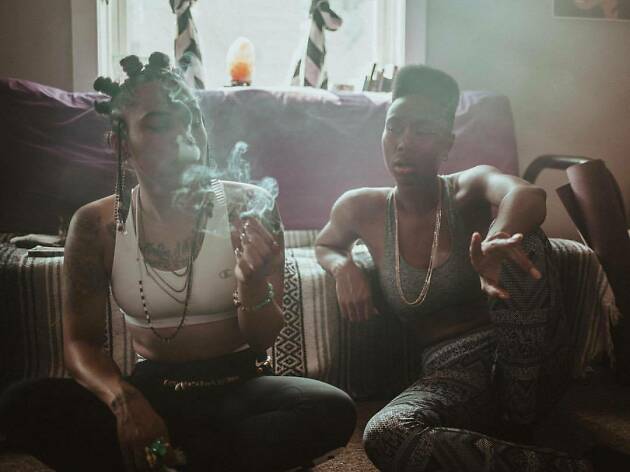 Behind an energetic thump of positivity, emcees Klevah and T.R.U.T.H. make up hip-hop duo Mother Nature and explore firsthand what it means to be a black woman in America today. The pair’s poetic backgrounds, crafty production choices, and genuine enthusiasm combine to form one of the most enthralling shows you’ll be able to see this summer. Mother Nature slip enlightening and powerful messages into tracks that make you want to loosen up, move, and most importantly, listen.

Mother Nature plays with 700 Bliss and Africans with Mainframes at Hideout on May 11. 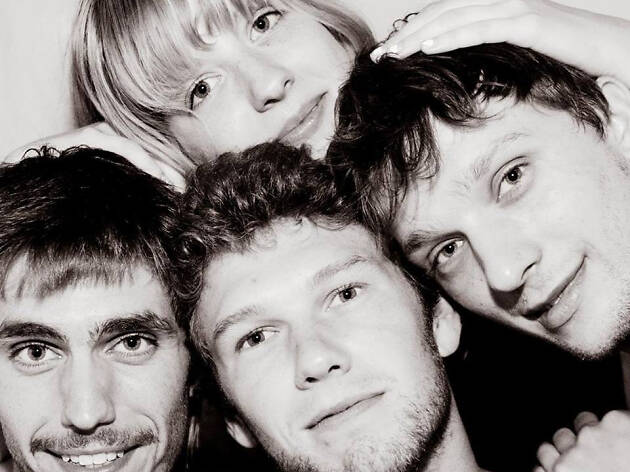 Recent transplants from Madison, Wisconsin, Slow Pulp is new to the city but not to anyone tuned into the Midwest's fertile slacker indie rock scene. The band's latest EP, Big Day, mines a satisfyingly “chill” college radio sound overseen by the breezy vocals of Emily Massey. But the unassuming atmosphere of the group's songs is almost always punctured by satisfyingly heavy moments that demonstrate the quartet's shredding prowess. There's a fullness and depth to Slow Pulp's sound that instantly lets you know you're seeing a confident act that probably won't be playing small clubs for long.

Slow Pulp plays with Remo Drive and Slow Bullet at Bottom Lounge on May 31. 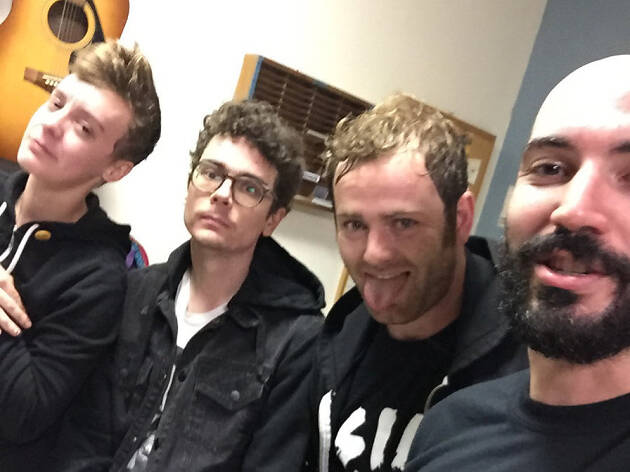 Chicago's hardcore punk scene has always settled like fog in basements and dingy bars, but C.H.E.W. transcends that barrier. The band's frantic sound hammers home all the vigor of the genre, complete with lyrics that capture its furiously independent ethos. Even if you're not the kind of person who typically goes out of their way to attend show characterized by thrashing chords and bodies, the fast and frenzied C.H.E.W. are a group you aren’t going to want to miss if you have the chance to see them. Plus, hardcore bands—and their crowds—are always some of the most entertaining acts to watch (cue the Lumpy & the Dumpers video).

C.H.E.W. plays with Pile and Blacker Face at Subterranean on May 31. 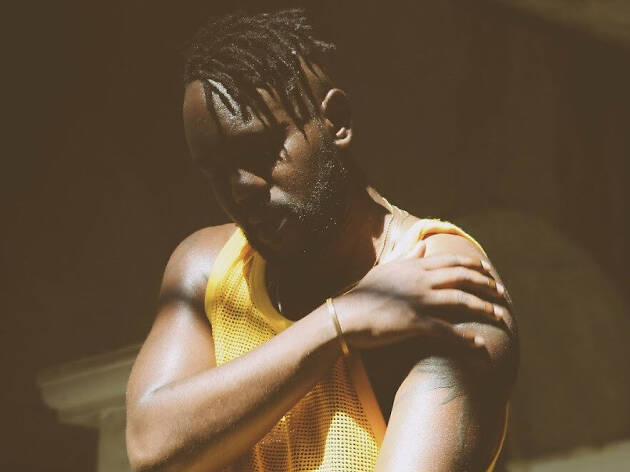 Chicago-based artist Mykele Deville is one of the most thought-provoking musicians currently working in the city. Creating hip-hop that focuses on peace, Deville's poetic delivery has the ability to captivatingly pass along meaningful life lessons. A West Side native who grew up in the city's Austin neighborhood, Deville is an active part of the Chicago community, working with young people and using his art to talk about issues like economic inequality and racism—topics that he didn’t feel like he was able to broach when he, himself, was younger. Deville's performance, and his message, are nothing short of real life in rhythm. 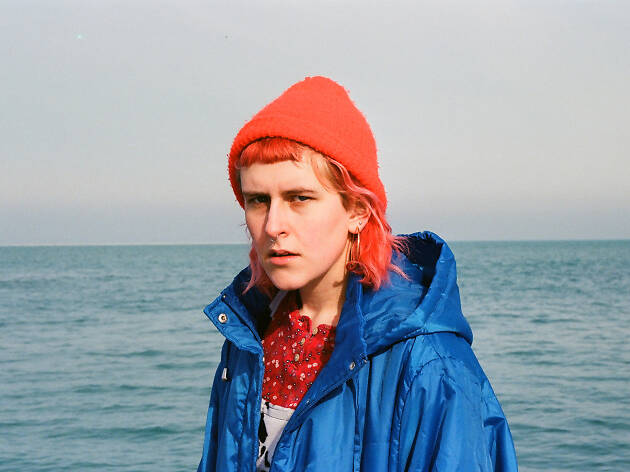 Lillie West's project Lala Lala soared in 2018 behind her band's second album, The Lamb, a genuine, coming-clean record which earned her plenty of well-deserved attention and led to some massive tours (the group will support Death Cab for Cutie this summer). West's music addresses addiction, broken relationships, and an ever-consuming paranoia over a distorted and fuzzy background that takes listeners on a galactic, lo-fi journey through the introspective. With some of the city's best musicians fleshing out West's songs, Lala Lala will play one of its biggest shows yet at Pitchfork Music Festival—one of only a few local acts playing the festival this year, making the endorsement even more meaningful.

Lala Lala plays at the Pitchfork Music Festival in Union Park on July 19. 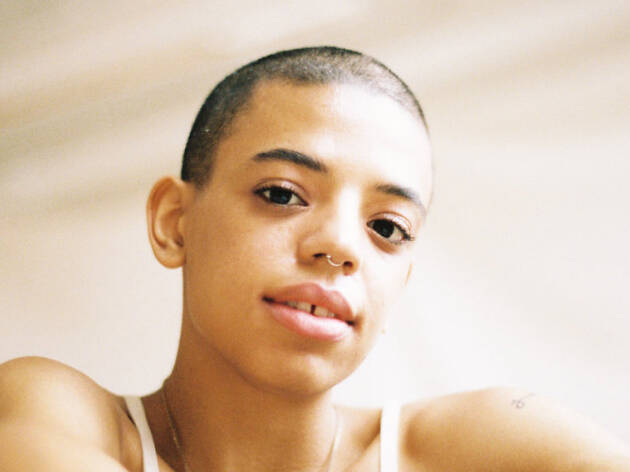 Tasha's latest album, Alone at Last, is filled with sleepy songs that explore black imagination—a combination of creativity and hop that "inherently is a radical thing," in the eyes of the singer-songwriter. The seven-song release is gentle, but with a powerful message; an easy-going sound with generations worth of perseverance and aspiration behind its lyrics for listeners to unpack. Those messages are weaved throughout a sleek production that emphasizes vocal melody and dreamy guitars set amid a bed of reverb that invites you to sink in, sit back and relax.

Tasha plays at the Pitchfork Music Festival in Union Park on July 19. 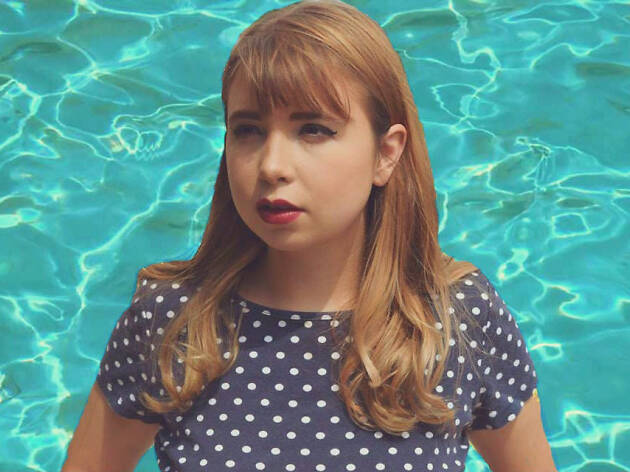 Lili Trifilio's indie-pop project might be the buzziest band in the city right now, boasting a bright, buoyant sound that has sold out local venues time and time again. Whether Trifilio is playing solo or with the rest of Beach Bunny at her back, the 22-year-old DePaul student has been a locally recognizable name for a few years now, serving up hook after hook over smooth instrumentation that basically spells out “s-u-m-m-e-r.” Even the group’s name invokes the happiness that a warm day in the Midwest can inspire. There might not be a more fitting band in the city to hear playing outside on a bright, sunny August afternoon than Beach Bunny.

Beach Bunny plays at Lollapalooza in Grant Park on August 1.