Bad Hunter reopens after a kitchen fire with a new menu, a funky-fresh outlook and destination-worthy cocktails.

I’m sure there’s a cliché analogy to be made comparing Bad Hunter’s return to Restaurant Row to a phoenix rising from the ashes of a grease fire. And it wouldn’t be inaccurate: The veggie-focused spot from Heisler Hospitality recently reopened after a fire broke out in its kitchen in late 2018, leaving the restaurant in a state of limbo for seven long months. Still, the phoenix feels a bit understated compared to what’s coming out of the newly revamped kitchen at Bad Hunter.

“The format of the menu hasn’t changed, but everything on it has,” our server advised as soon as we settled in. Though there’s still plenty for vegetarians to love, executive chef Dan Snowden is showing carnivores some attention with meat-dominated large plates, like the perfectly charred Snake River Ivory trout, which was served whole and accompanied by snappy bits of asparagus and dill crema, and the adobo-roasted half chicken presented over farro and accented with caramelized onion labneh.

But true to its name, Bad Hunter still shines a massive spotlight on vegetarian- and vegan-friendly fare, and Snowden has turned the volume all the way up on the creative possibilities. A generous helping of burrata was accompanied by slices of potato and strawberry, chili crisps, bits of garlic and dill—a flavor combination so insanely confounding that it works. A delightfully refreshing heirloom tomato and watermelon salad sat atop a purée of black shallot feta and was showered with corn husk ash, again pairing sweet and savory flavors in a tasting of the season’s freshest produce.

The English pea tart—a tiny slice of mint-green pie with a savory graham cracker crust—was all but hidden under a pile of lettuce, mint, pecorino and shelled peas. It tasted like a mouthful of garden in the height of summertime (that’s a major compliment in my book). More divine still was a cauldron of wild spring mushrooms dotted with blueberries, smoky almonds and French cow’s milk. Certain bites emulated fresh-off-the-skillet blueberry pancakes, while others were deeply savory and earthy.

My date and I were pleased to spot one recognizable dish from the original menu: the addictive butter dumplings. In keeping with the spirit of change, the recipe has been remixed and the wrappers are now filled with charred corn kernels, butter and aromatics; they sit in a puddle of sweet corn cream so delicious we wiped the bowl clean. Devotees, it’s worth noting here that the Bad Hunter burger—one of the only veggie burgers we could ever really get behind—doesn’t appear on the dinner menu but can be requested as a secret menu item for those in the know. It will be available for lunch and brunch, both of which will roll out later this month.

On the cocktail front, bar manager Vinny Starble proves that he’s taken advantage of any downtime with his playful new menu. The floral-forward Re:Birth is one of the best drinks I’ve had this year, mixing sake, pear brandy, singani and blackberry-sage tea into something delightfully delicate and complex. The whiskey-based Things We Lost in the Fire blends jasmine tea and creme de peche with smoky aroma—all served in a floral-printed teacup so precious you’d swear it was plucked straight from granny’s cupboard. The sole flop was an off-putting coffee spritz, the only flavor mashup that really was too good to be true.

Though our water glasses never went empty and our cocktails were quickly replenished, coursing seemed to be an issue toward the end of the meal. Like so many restaurants these days, Bad Hunter servers ask diners to place their entire order up front so that they can pace the meal appropriately. Even so, our final three plates (the biggest of the bunch) arrived simultaneously, forcing us to rush through the end to ensure nothing went cold.

For dessert, a slice of crème fraîche flan tart adorned with macerated strawberries was perfectly fine albeit a bit boring. Maybe that’s because I was expecting wonderfully funky sweets from Emily Spurlin, who has since moved on to develop the bread and pastry program at Granor Farm in Three Oaks, Michigan. Still, pastry chef Danielle Snow, who has been with Bad Hunter since day one, shows great promise with more imaginative-sounding enders like a carrot cake mousse with buttermilk churros. It’s just one more reason to book a return visit and celebrate Bad Hunter’s comeback.

Atmosphere: On a recent Saturday night, the bar was bustling, the dining room was filled with life and the hip-hop–heavy playlist was bumping.

What to eat: Start with the focaccia and burrata before choosing your own adventure of medium plates—the weirder sounding, the better. Meat eaters: The whole grilled trout pairs beautifully with everything on the menu.

What to drink: Start with a cocktail before moving into food-friendly wines that are easy to pronounce and even easier to sip.

Where to sit: Tables here book fast, so make a reservation in advance if you want to sit in the dining room. Walk-ins are rewarded with seats at the bar, where dinner comes with a show from bar manager Vinny Starble and his team. 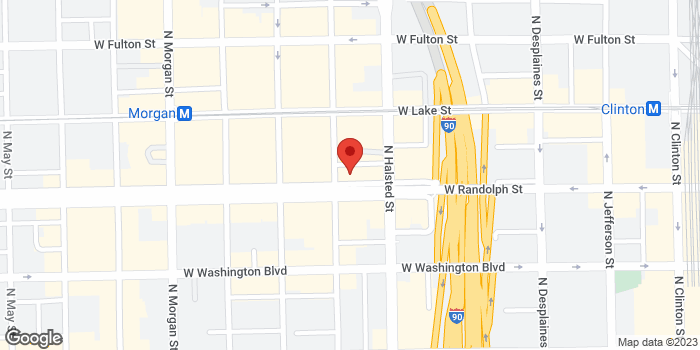