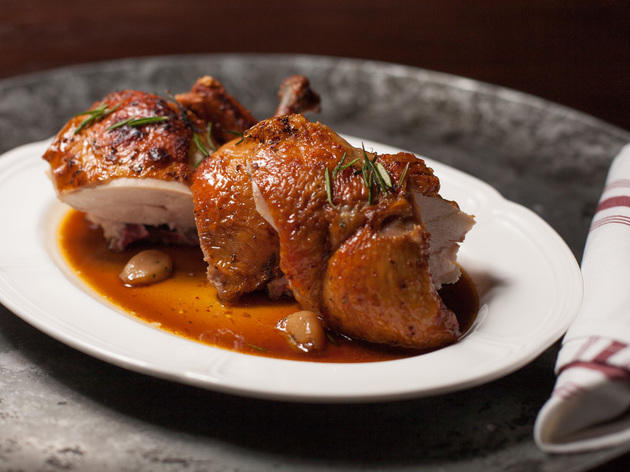 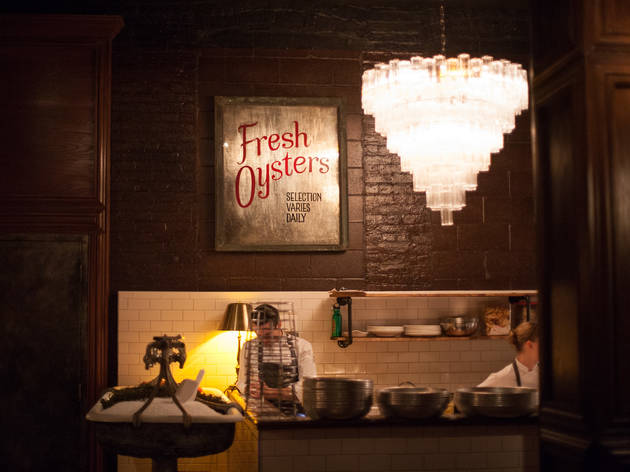 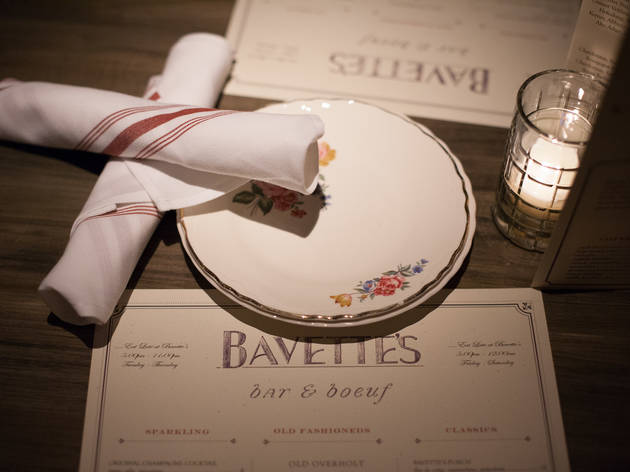 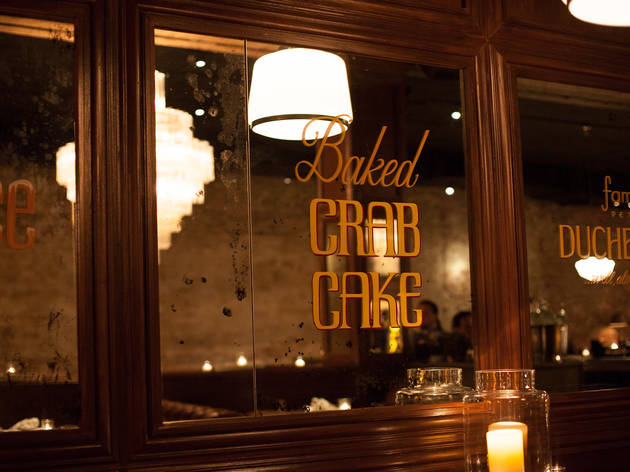 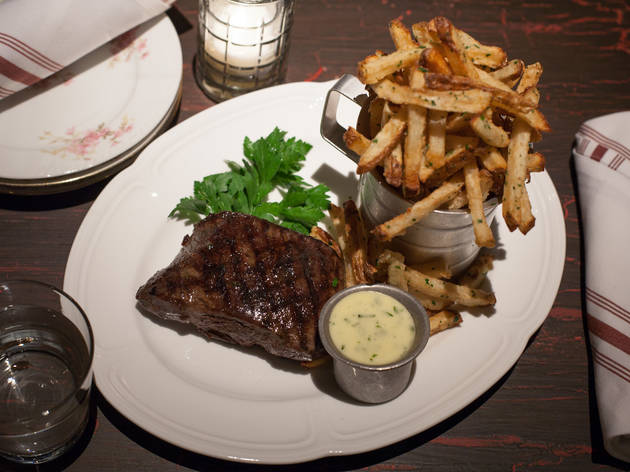 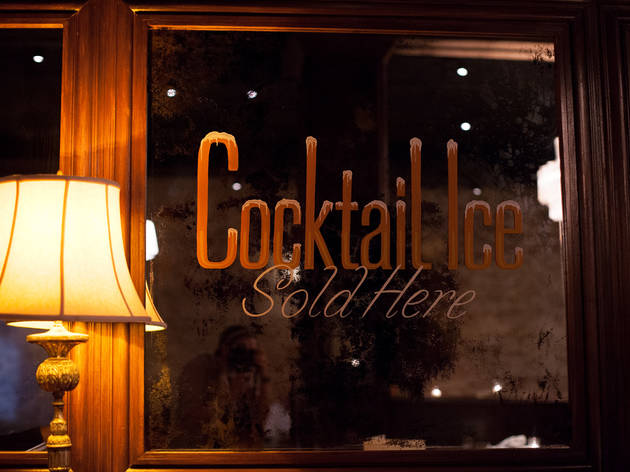 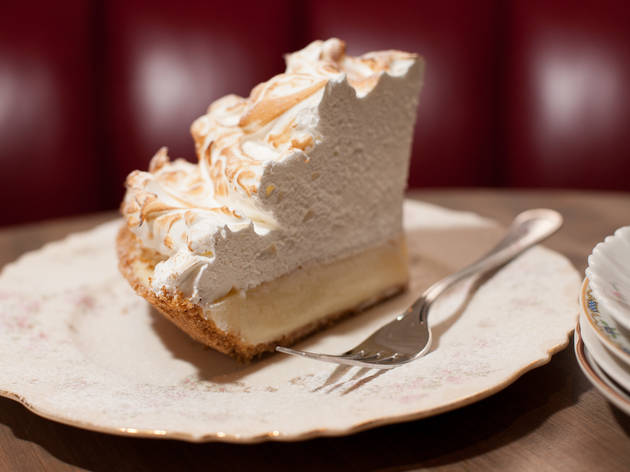 A couple of weeks after Brendan Sodikoff opened Bavette’s, I started hearing reports. “It’s just like all his other spots,” a friend told me. “It’s exactly the same,” another said. Having now made a few visits to Bavette’s, I’m guessing these reports were based purely on conjecture. Which isn’t fair, except that, well, Sodikoff does have something of a track record. His first three restaurants act something like triplets, all with similar looks and personalities and food, but slightly different interests. Gilt Bar’s the clubby one. Maude’s is the aesthete. Au Cheval’s the hipster. Throw Doughnut Vault in there as the (pudgy) black sheep and you have a strong, if somewhat predictable, family of restaurants.

Bavette’s messes with this metaphor. Contrary to the reports I heard, it’s a deviation, or, to put it in terms closer to my opinion, an evolution. The room is lit differently; golden light bounces between tufted red-leather booths and the mirrored bar. Like his other spots, the place is highly conceptual, but the concept—jazz-era steakhouse with light French touches—is more sophisticated. Sodikoff’s other spots are taste-specific; the loveliness of this one is, I believe, close to universal.

You don’t even have to like steak. In fact, I had better luck with the chicken. The fried chicken is crazy good, the juicy wings encased in a flaky and crunchy crust; the roast chicken is otherworldly, with skin a very dark amber, delicate and moist flesh and a thickjus on the plate. It’s the steak of roast chicken, with a lot more umami than the 24-ounce dry-aged rib eye packs. That steak was cooked exactly to the temperature I had requested and had a salty, savory crust, which makes the first bites remarkable. As I got farther into the steak, though, it lost a lot of its flavor, and I became disenchanted. Next time, I ordered the steak frites, and I found the exceptionally tender flat iron to be more satisfying. The frites didn’t hurt.

If I’ve jumped ahead to entrées, it’s because the beginning of my meals didn’t have nearly the pull as the ends. One night, I started with creamy Kumamoto oysters and the pudgy crab cake, and I had neither revelations nor complaints. Another night I experienced shrimp De Jonghe that had been, for my taste, cooked to a texture too firm, and a tomato-bacon salad where both ingredients were very thick, very juicy, very flavorful—and yet somehow failed to join forces for a cohesive plate. I preceded these dishes with cocktails, such as the gin-centric Have A Heart and a rich cognac old-fashioned, which were restrained, balanced and classy in a way that modern cocktails almost always strive for but don’t always achieve. Still, a good cocktail has nothing on a good slice of pie, and pastry chef Caitlin Rockey puts out a beautiful lemon meringue slice with at least a foot of sweet, perfect meringue to offset the tart lemon base. Her chocolate cream pie is considerably smaller in stature but just as intense, the filling hitting the sweet spot between chocolate pudding and ganache. Hell, even her bread, which she makes with Patrick Addison, inspires double takes: It is both soft and crusty, with a pronounced sourdough tang. Knowing the way Sodikoff has worked in the past, I don’t expect that this is the last time we’ll see this bread in one of the Gilt family of restaurants. With any luck, we’ll see more of Rockey—and everything else that makes Bavette’s so special—too.