Put down the White Claw—there’s a cooler way to drink seltzer, thanks to these four local purveyors. 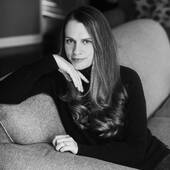 At this point, you’ve heard of hard seltzer. White Claw hit the market in 2016 and sales grew at a triple digit rate, hitting $500 million in 2018. The Kimpton Gray Hotel hosted a seltzer-devoted pop-up last summer, serving 10 types of seltzers in 25 flavors. And it’s not a passing trend—craft beer pioneer Boulevard Brewing Company just announced its hard seltzer will make up 25 percent of the company’s business by year-end.

That business boom is, no doubt, why so many want in on the seltzer market. Maybe you saw the Please Don’t Destroy “Hard Seltzer” short on Saturday Night Live last fall, which mocked the concept with seltzers from J.C. Penney’s, Jiffy Lube and “Dr. Riccardi, my dentist.” Indeed, browsing the hard seltzer aisle at Binny’s is sort of like playing a game of “I Spy” for massive corporate brands—even Sonic, the car-hopping fast food chain, makes its own branded seltzer.

If that ubiquity and unpleasant corporate vibe makes you feel like seltzer isn’t for you, you’re not alone. Dave Dahl, co-founder of Lo Rez Brewing in Pilsen, will be the first to tell you seltzer is “not really our jam.” But they do have a single seltzer on their taproom menu. Why? “We added a seltzer solely because that's what our locals and regulars asked of us,” Dahl said.

So when the people want hard seltzer, what’s a local craft brewer to do? Make something better. Something you’d be proud to bring to your friend’s party or order in a taproom. We talked with four Chicago-based seltzer makers on how they’re creating something that’s not just drinkable, but—dare we say it—cool. 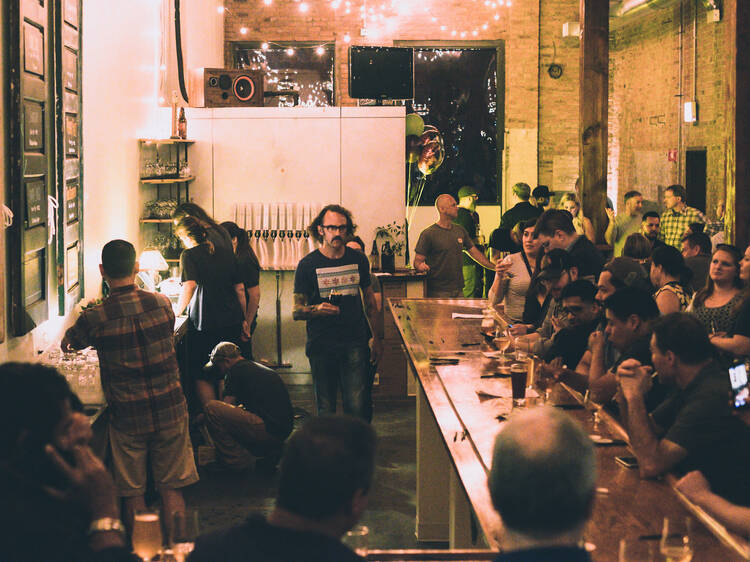 As previously mentioned, Lo Rez co-founder Dave Dahl does not want to be known for hard seltzer. The brewery focuses on old world style beers—specifically Belgian, sour, and malt-forward beers. But Dahl said their taproom has a great group of loyal regulars, and people started asking for an option that was not only lower in calories, but better for gluten-sensitive people.

“Part of what we are very proud of and adamant about is using all natural things, whether it’s stuff as obvious as grain and yeast, or hops,” Dahl said. “So we brought that same mantra over to the hard seltzer.”

The first iteration was double-berry, and now they’re featuring a blood orange version. Dahl said the seltzer, which is packaged in a can designed by a local artist, sells well despite the fact they don't promote or market it. "When inventory gets low, they’ll think about a new one that works for the season. What’s next? Dahl said he had no plans, but as he thought aloud, a negroni-inspired one came to mind.

“We’ve got our focus, but we’re also not navel gazers,” Dahl said. “We know what’s going on and what consumers are looking for, and we’re constantly watching that market and looking for opportunities to dip our toe in it. But at the same time, we’ve got some bangin’ Belgian beers.” 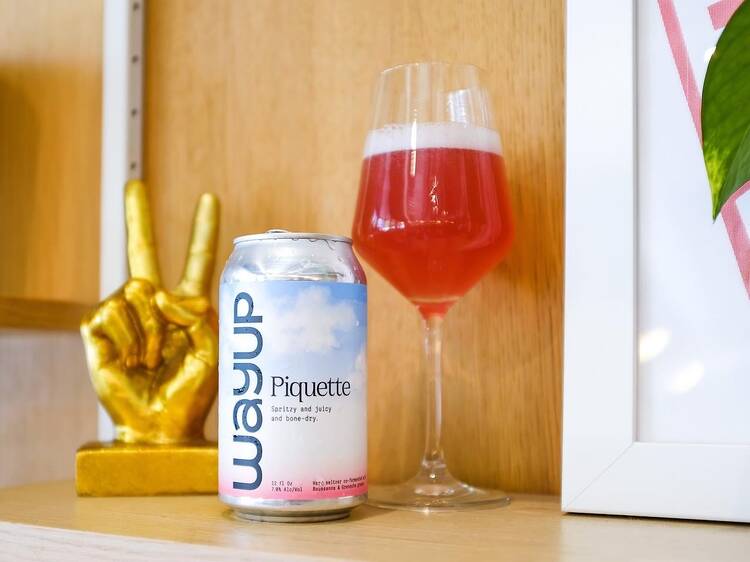 Hopewell Brewing launched Wayup, their brand for all things “not-quite-beer,” near the start of the pandemic. Hopewell co-founder Samantha Lee said it was an avenue to be experimental during a time when they weren’t producing as much. They produce seltzer in small batches, which gives them the opportunity to try different things, and they started playing with different tonic waters to replicate the mineral profile of a tonic.

“To be frank, we are 100 percent not looking at ourselves in the same universe as a White Claw. That’s just not what we’re making—it’s not what we want to make,” Lee said. “We also know that it is going to be a sparkling drink in a can meant to be enjoyed with friends in a backyard, having people over, something like that. It’s not meant to be something that’s so esoteric. So that’s what we think about when we think about approachability.”

To start, the brewery created varieties inspired by a yuzu highball and piquette, respectively, two drinks that definitely hit Lee’s intention of something “zippy and fun and effervescent and light.” They go down easy, but the aforementioned mineral profile and natural ingredients create some interest as they do.

To Lee, drinking is about ritual. Maybe you prefer a lager in the summer but the coziness of whiskey in the winter. Where does seltzer fit into the rituals you’ve already established?

“It should pair well with food, with your cheese board, with your hot dog at a barbecue. It should work in these different scenarios without having to pontificate about it,” she said. “It should just be good.” 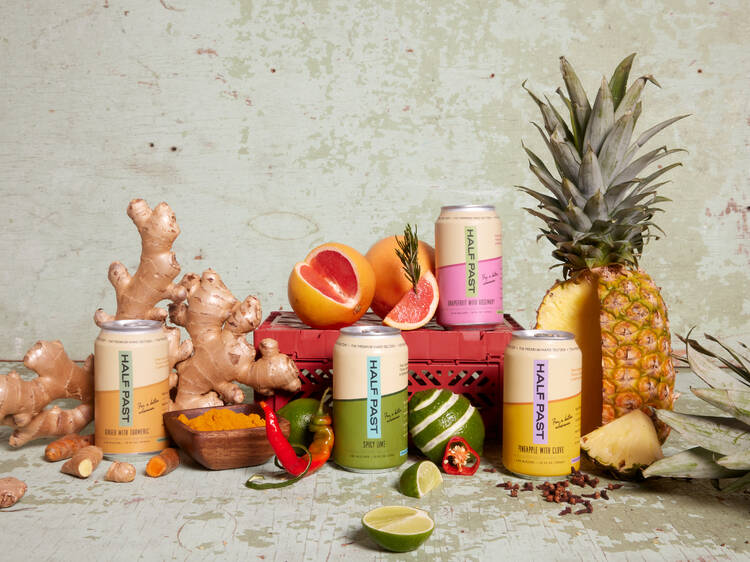 Photograph: Courtesy Half Past

Chicago brand Half Past Premium Hard Seltzer hit the market in March 2021, but co-founders Avery Houser and Caleigh Tully started working on the concept back in 2019. They wanted to take the things they appreciated about seltzers—low calorie, low sugar, easy to drink—and combine them with the qualities of a well-balanced cocktail.

“We started experimenting with kitchen recipes that were inspired by cocktails,” Houser said. “Once we figured that out in the kitchen, we brought that to a commercial formulator who was able to, in a very high fidelity way, recreate that with commercial ingredients.”

That early experimentation became the four core Half Past seltzers: Grapefruit with Rosemary, Spicy Lime, Ginger with Turmeric and Pineapple with Clove. It’s true that they don’t drink like a typical seltzer—the spices create a sip that’s way more flavor forward than expected. When Tully runs into someone who feels like seltzer isn’t their drink, she said she asks them what kind of cocktail they favor.

“I usually try to engage with them on, ‘Well, what do you like to drink?’” she said. “If you like a spicy margarita, give our spicy lime a try. It has cayenne for heat and sweet basil for herbaciousness and a little bit of organic agave nectar.”

Trying Half Past can be as easy as picking up a pack at Binny’s or Foxtrot, but it’s also in restaurants and bars across the city, from Longman & Eagle to Butch McGuire’s.

“We have a lot of people who say, ‘Seltzer’s not for me,’” Houser adds. “What I say is, just try it. And it pours with color and they see it and try it, and they often say, ‘Oh it doesn’t even taste like a seltzer to me.’ And it is a seltzer, but there’s so much else going on.” 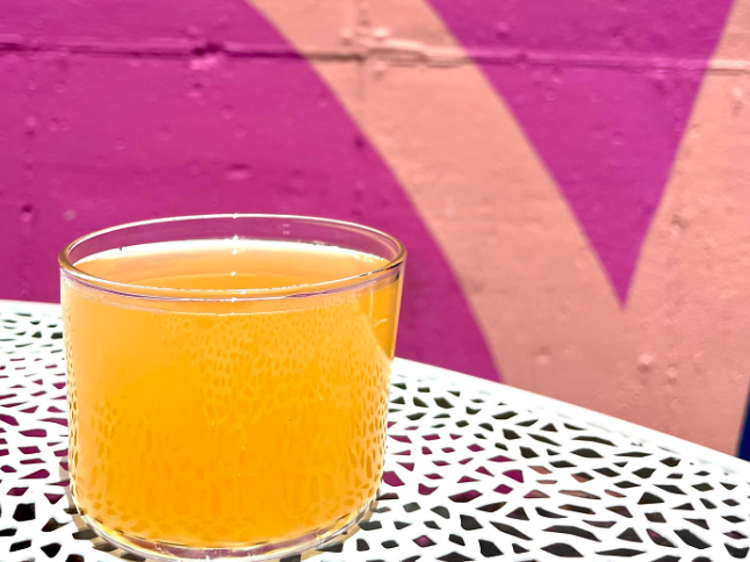 The people behind Ørkenoy, a microbrewery in Humboldt Park, already pride themselves on doing things a little differently. They specialize in brewing Nordic-inspired beverages, whether that’s Scandinavian beers or brews that play with ingredients found in traditional Scandinavian cooking.

“Seltzer was just another way to explore flavors in a different way,” said co-owner Briana Hestad. “I wanted a way to involve the entire team in the brewing process in a way that they could really get into. So I sent out a list of, say, six options per season and then we all voted. We came up with some fun ones that we haven’t seen in the market.”

Their current seasonal flavor is blood orange brewed with rosemary and jalapeno, but other offerings in 2022 have included cola, apricot & juniper, and lingonberry. Hestad said although she knew seltzer was a big deal in the market, she didn’t expect theirs to be so popular; the first batch sold out in two weeks.

“It is a bit like the wild west,” she said. “I would say in the next five years, there’s probably going to be an uptick in sharing information, sharing best practices, and being able to source better flavoring ingredients as we see this market grow. But right now, it’s pretty early on, so I think one of the more exciting things about doing seltzer at this stage is being part of that.”