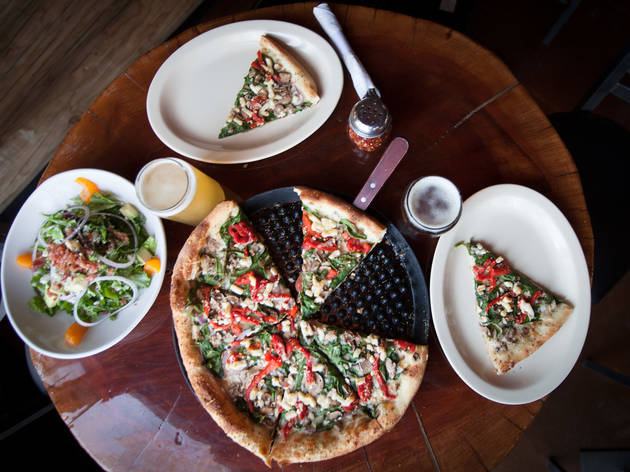 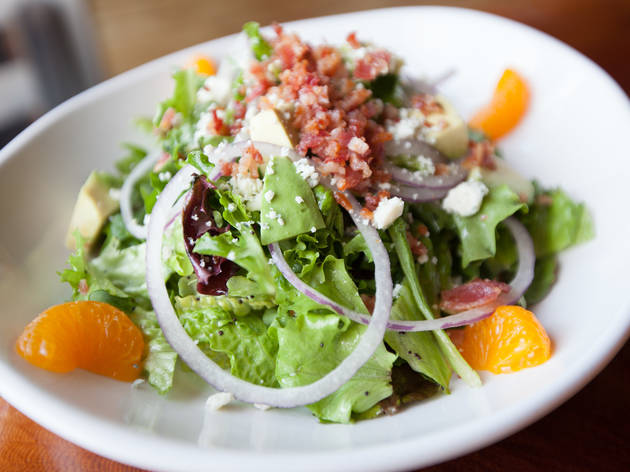 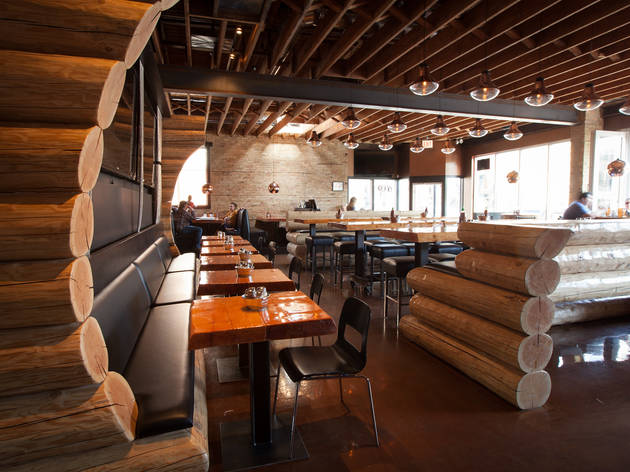 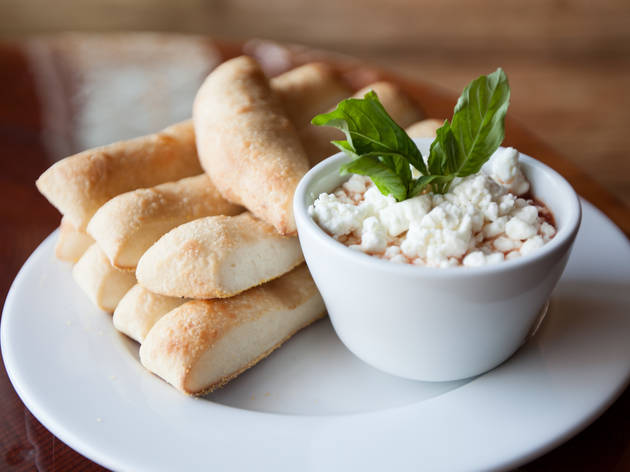 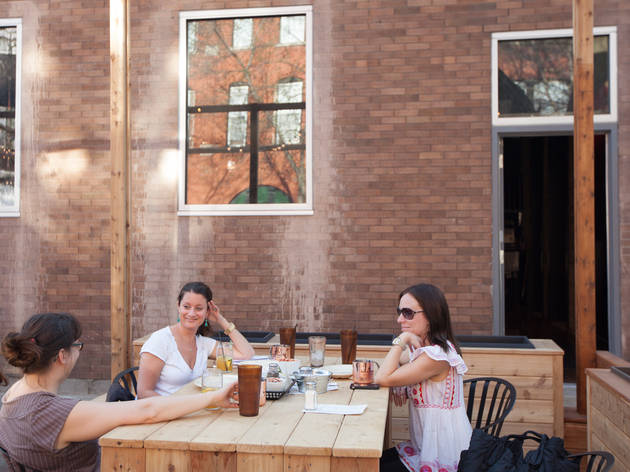 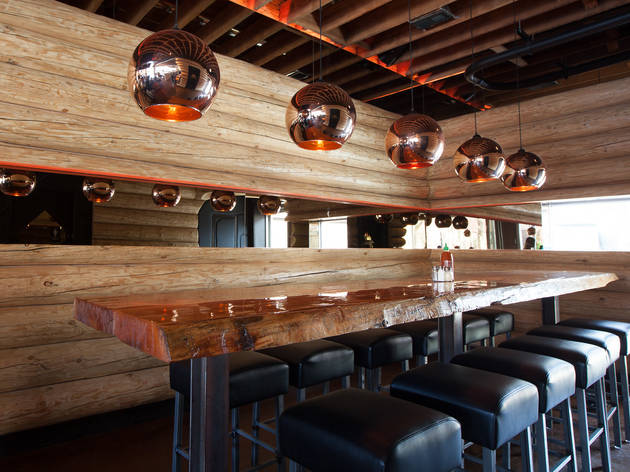 What is Oregon-style pizza? If the pies at Homeslice, a new DePaul-area pizzeria, are a true indication of the genre, it's not worth investigating. After two friends and I slogged through a menu that can’t seem to make up its own mind (30 pizzas and a build-your-own option with five types of sauces listed, plus ranch, buttermilk or barbecue if you ask), it turns out our careful deliberations didn’t matter: A puffy, bland dough overwhelmed all the other ingredients on the pizzas we tried—save for the harsh overdose of artichoke hearts on a white pizza called the Miller. After several pies, I still have no idea how the house sauce, allegedly a pesto-marinara blend, is different from the regular marinara.

Co-owners Josh Iachelli and Clay Hamilton, two pals from Oregon with a longtime dream of opening a pie shop, put an admirable amount of elbow grease into this one, creating seats, tables and a back bar out of Pacific Coast–sourced logs varnished with a glossy sheen. And there are many reasons why Homeslice will do well. For large groups of students, it’s paradise found: a 120-seat restaurant with tables that can fit 16, a wall of 80-inch TVs and a nice chunk of sidewalk seating. There are 12 beers on tap, approachable wines by the glass or bottle and a small selection of sugary cocktails. Prices are decent; Hamilton and Iachelli offer salads for, as Homeslice’s Facebook page touts, “under 10 bones.” And they use words like bones, and put novelties like cream cheese on their pizzas, and launched a website with the URL getsomehomie.com. This is clearly a restaurant built for its market—the crowds carbo-loading before getting sloshed next door or across the street at McGee’s or State.

In that case, those partyers should load up on the beer-basted breadsticks, which come out warm with a tomato dipping sauce featuring huge chunks of creamy goat cheese. The Sheffield salad has plenty of Gorgonzola, avocado and bacon bits to stand up against the rich lemon-poppyseed dressing. Skip the giant calzones, which have disappointingly limp crusts. There’s work to be done there, and on the pies. I had read Homeslice uses a brick oven, but, wanting to make sure, I asked our cheerful college-aged waitress. She seemed befuddled. “I think it’s an…oven oven?” Sounds about right.