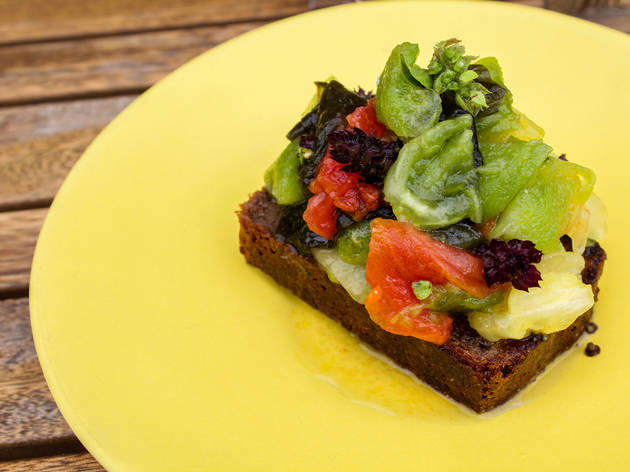 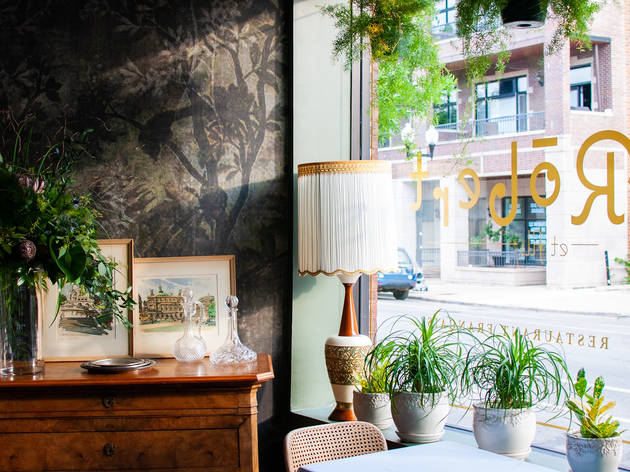 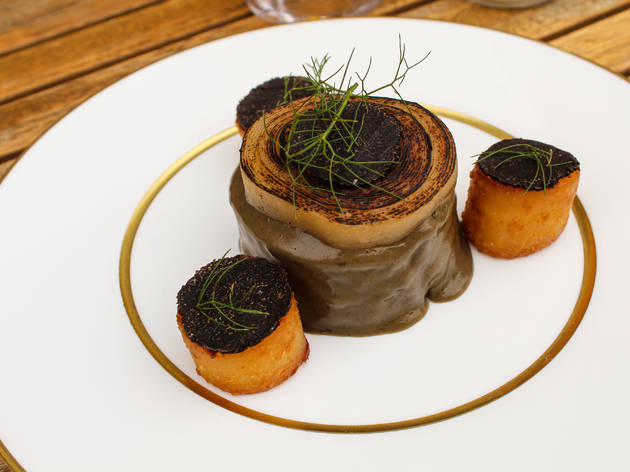 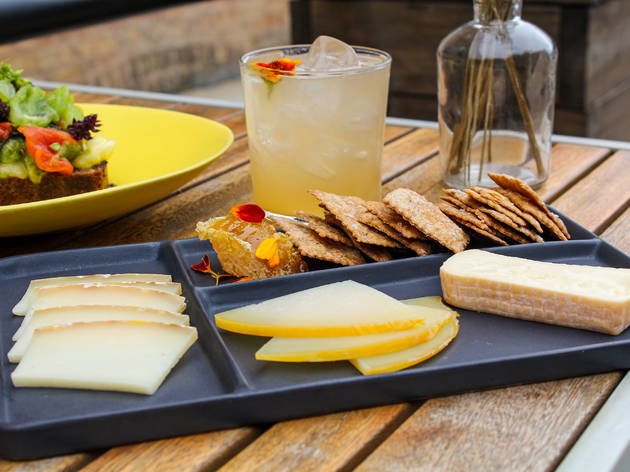 Chef Rob Shaner brings the rich flavors of France to a cozy corner in North Center.

Forget about Monet, Daft Punk and champagne—the most important thing that France has given the world is arguably its delicious bread. If you order it at Robert et Fils (and you should!), it will likely be the first thing to arrive at your table: a basket of house-made, slow-fermented sourdough that puts your quarantine baking attempts to shame. It’s served with salty cultured butter, and my first bite was one of the meal’s most memorable moments.

Rest assured, your experience won’t go downhill after the first course. Rather, you’ll find yourself savoring the culinary memories of chef-owner Rob Shaner, who founded this sleek North Center spot as a tribute to his late father, Bob, with whom he lived in Paris as a teenager. Working out of an open kitchen where you can watch your steak get basted in butter, the menu at Robert et Fils (French for “Robert and son”) approaches staples of French gastronomy with reverence and a bit of flair.

Sitting within eyeshot of the kitchen in the dimly lit dining room lined with potted plants, my date and I watched as food was plated and delivered to tables throughout the evening. It was exciting when one of the steaming bowls of mussels marinière arrived on our table, complete with a savory sauce of white wine, mustard and herbs for dipping the tender bivalves and an accompanying slice of toasted bread. It was less thrilling when the savoy cabbage landed in front of us… until I took one bite of it and remembered the deliciously transformative properties of roasting any vegetable in brown butter.

While the sights and smells of the kitchen can be distracting, you shouldn’t forget to order some drinks to enjoy with your meal. Our server was happy to guide us through the cocktail menu, which includes riffs on classics like Old Fashioneds and martinis alongside more adventurous options. My date and I traded sips of a surprisingly light rum and vermouth concoction called Dangerous Liaison as well as a Café et Tonique, which augments a mixture of cold brew and tonic with vodka, Campari and pineapple (the flavors meld into something resembling a coffee-forward cola).

And then there was the steak—cooked medium rare and served with a small salad, because balance is important. I’d heard them sizzling in the kitchen behind me all evening, so it was cathartic to finally be able to taste what seems to be one of the most frequently ordered dishes at Robert et Fils. While it wasn’t the best steak I’ve ever eaten, it was exceedingly good and paired nicely with the glass of Beaujolais our server recommended.

It may look like an unassuming neighborhood eatery from the outside, but Robert et Fils is something a bit more special. Chef Shaner’s passion for French cuisine shines through in the dishes he serves, focusing on ingredients and technique instead of unnecessarily ornate presentations. And while the surroundings won’t exactly transport you to a cozy Parisian bistro, the flavors might—just make sure you order that bread basket.

Vitals:
The vibe: A small—but not cramped—upscale neighborhood restaurant with plants lining the walls and plenty of two-top tables that are ideal for a romantic meal. If it’s warm enough, you can snag a seat on the patio and pretend you’re at a sidewalk café.

The food: Mostly French cuisine, with all the requisite carbs, proteins and Julia Child-approved butter.

The drink: A formidable selection of wines accompanied by a cocktail menu populated with subtle riffs on classic drinks.

Time Out tip: The full dinner menu is only served on Fridays and Saturday nights, but you can enjoy the delicious mussels (and frites!) served in a variety of broths on Wednesdays and Thursdays.