How Chicago theaters are adapting with virtual performances

The pandemic forced Chicago theaters to shutter, but some companies say there are lessons to be learned online.

Like countless other industries, Chicago’s live theater scene came to a grinding halt when lockdown measures went into place earlier this year. Facing canceled show runs and little clarity about when they'd be able to safely return to in-person performances, many companies plunged head first into virtual programming, some for the very first time.

We checked in with five local theater companies to find out how they're coping with the transition to virtual shows. First, the obvious downsides: Chicago’s theater industry remains, for the most part, in a dire financial state. Stages will likely remain dark well into 2021, and research suggests that audience members—particularly older theatergoers, a crucial demographic for many companies—may be reluctant to return even after that. Government assistance, like the City of Chicago’s Performing Arts Relief Program and the promise of a $10 billion Save Our Stages federal package, will only make a dent in lost revenues.

But amid otherwise gloomy prospects, some theater companies say that virtual content has opened new doors in imagining a more accessible future for the industry. Streamable shows allow audiences to tune in whenever they please. Streaming platforms like Facebook Live make content shareable and readily available for younger audience members. And putting content online means that it can be accessed by anyone, no matter where in the city (or country, or world) they live. Some companies say they'd like to see those patterns continue into the post-pandemic world.

Here's what else local theater companies had to say about the boons and pitfalls of virtual content—and how you can tune into their work online this season.

RECOMMENDED: At the Hideout, streaming is the future of live music—for now 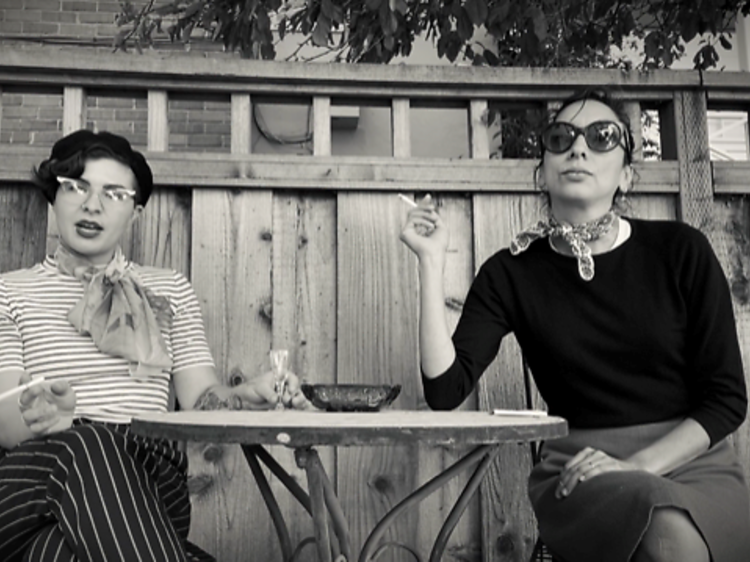 The Neo-Futurists were among the first theater groups to introduce virtual theater content when lockdown arrived in March, transforming their show The Infinite Wrench—a series of 30 mini-plays performed in 60 minutes—into the aptly named The Infinite Wrench Goes Viral, which audiences can stream via a series of tiered weekly membership subscriptions. It only took a week and a half to get their first show online; now, thanks to hundreds of subscribers from across the globe, the company is making 100 percent of its pre-pandemic revenues and has mounted, among other endeavors, a full-length prime time show and a live Pride-themed performance.

Despite certain existential questions about the medium (how much editing defeats the non-illusory mission of neo-futurism?), a characteristic rawness and devotion to spontaneity has served the Neo-Futurists well in their transition online. Playing themselves, ensemble members lean into the low-res creakiness of Zoom calls, crafting plays that confront the ongoing turmoil of the world in real time—an approach that resonates with new subscribers and longtime fans.

"[The show] is not escapist, but it’s not a reminder of what’s happening," says Silva, the theater's managing director. "Audience members are craving community, and it’s been really cathartic and relieving."

What to stream this winter: Subscribe for weekly editions of The Infinite Wrench Goes Viral ($3–$100). 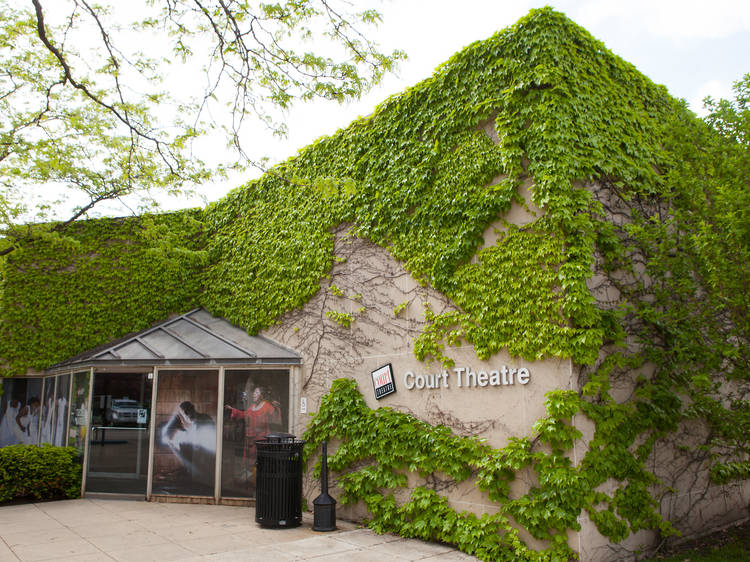 About a month and a half into the pandemic, the Court Theatre's staff broke out into teams to figure out how to continue making content as their Hyde Park stage remained shuttered, with an eye toward creating programs that could be implemented in the long-term. They landed on leaning into the theater's academic background (it's affiliated with the University of Chicago) with scholarly seminars presented alongside digital readings of classic plays, dissecting everything from contemporary adaptations of The Bacchae to the Black creative voice in the work of August Wilson. Each seminar nets around 600 views, according to Angel Ysaguirre, the theater's executive director—enough interest to continue the seminars as a potential add-on for future live productions.

Beyond that, the theater has broadened its community reach by creating an artists and elders series, which connects actors to elderly folks living in neighborhoods across the South Side in weekly virtual meetings.

"By working with elders, we’re realizing that there are folks who will never step foot in our theater, because they experience a number of barriers," Ysaguirre says. "It might be about distance, or getting on a bus, or disability. We're working to having a way to connect with audiences beyond people who walk through this theater."

What to stream this winter: Watch dramaturg and University of Chicago lecturer Derek Matson and director Vanessa Stalling discuss the themes of Caryl Churchill's Fen ($85 for a four-part session). 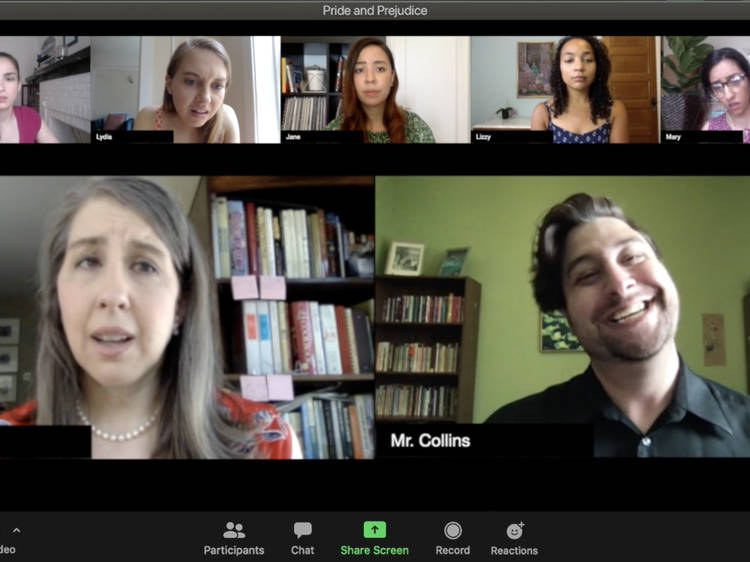 Artistic director Ilesa Duncan always aspired to expand Lifeline Theatre's audio capacities—so when the Rogers Park theater stopped showing live performances, they instead jumped into a combination of virtual shows and a brand new podcast called Lifeline On the Air, featuring episodes with new stories (most recently the work of Edgar Allen Poe) each week. It's a significant adjustment for the theater, which specializes in literary-based plays, but around "99 percent" of subscribers opted to keep their subscription for a digital season, Duncan says; sales to the general public netted another $14,000 in revenue. They've also launched a recorded production of Pride and Prejudice, which was taped remotely (and imaginatively) by ensemble members scattered across the country.

"This is a scary time. No one knows what they’re doing," says managing director Allison Cain. "But there’s also this very odd sense of freedom."

What to stream this winter: Listen to episodes of On the Air via Apple Podcasts, Spotify, Tune In and Google Podcasts every Friday (donation recommended). 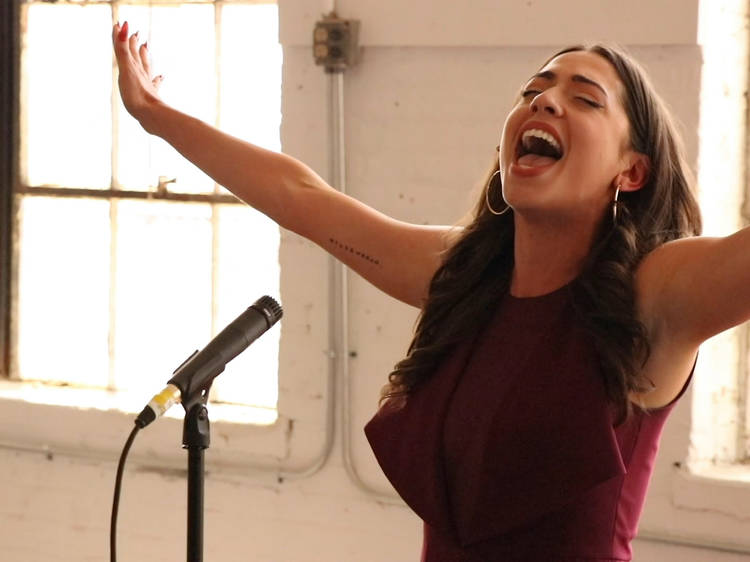 Porchlight Music Theatre, which runs shows out of the Ruth Page Center for the Arts in the Gold Coast, has long served as a hub for the city's musical theater scene—so it's no surprise that their virtual content takes an accordingly granular approach to engaging fans, releasing streamable variety shows that cover generations of musical theater hits. Broadway by the Decades, for instance, traced the legacy of iconic songs from Broadway musicals dating back to the 1890s; Sondheim @90 brought together industry luminaries to discuss 90-year-old Stephen Sondheim's storied works.

"Our audiences tend to want to know a little more about the history of the artform," says Michael Weber, Porchlight's artistic director. Rather than developing new works, the theater is aiming to "be a little more in the moment, and create work for this time," Weber adds. Also a move for this particular moment: Shows are either free or available on a sliding pay scale, with a suggested donation of $25.

What to stream this winter: Catch a recording of theater troupe The Ruffians' unique holiday show Burning Bluebeard, which delves into the tragic history behind Chicago's former Iroquois Theatre. 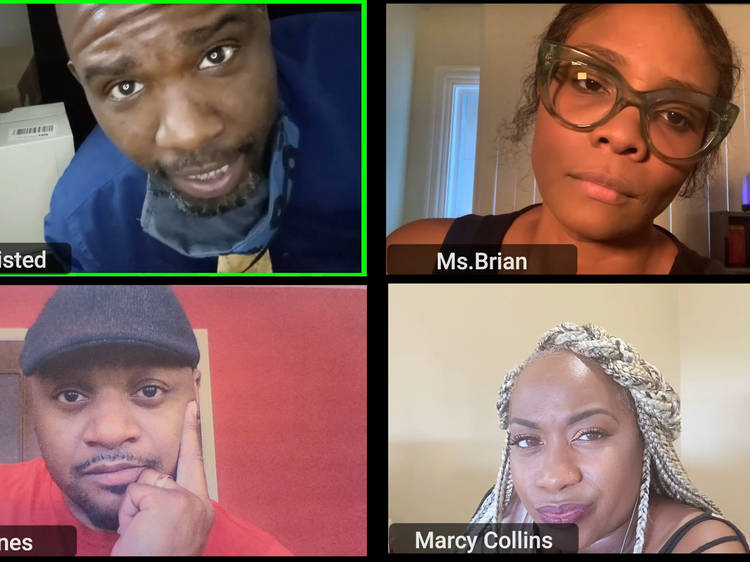 Charlique Rolle stepped into the role of managing director at Congo Square Theater—a Near North Side theater dedicated to elevating stories from the African diaspora—in May of this year, when the city was just a few months into lockdown. Soon after came the murder of George Floyd and subsequent protests, which Rolle says was especially burdensome for the theater's all-Black company, but also galvanizing: They moved their training program for aspiring artists online and launched Hit 'Em on the Blackside, a series of biweekly sketch comedy episodes. Adapted from an earlier show by ensemble member Anthony Irons, the sketches take a cutting, satirical look at issues facing Black communities.

"It ranges from police brutality and systemic racism to common core math," Rolle says, laughing. "It's a wide range of things that speaks to who we are as a community and how we respond to and interact with those things."

What to stream this winter: Check out biweekly episodes of the sketch comedy show Hit 'Em on the Blackside, released on Facebook and Instagram Live through December. 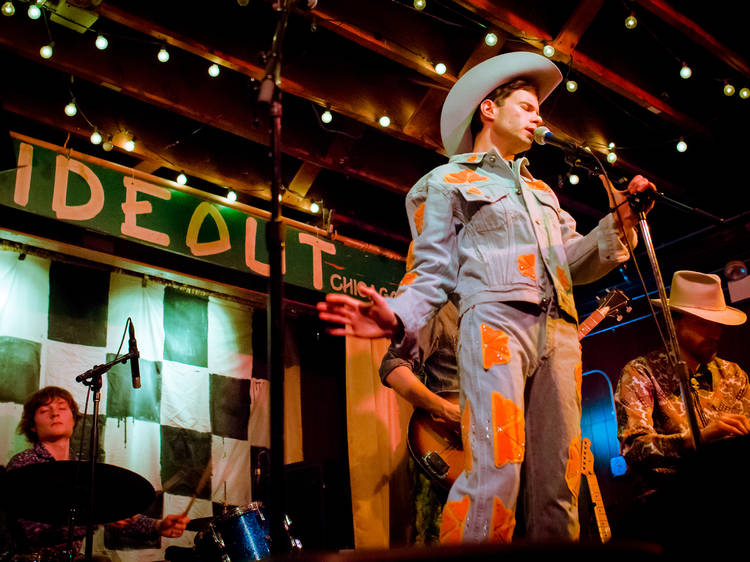 Must-see streaming theater, concerts and movies in Chicago this fall

Ongoing restrictions on capacity and large gatherings have thrown the fall cultural calendar into disarray, but many local organizations are clinging to an old adage: "The show must go on." While this autumn's lineup of touring musicians, stage productions and new movies isn't quite as substantial as usual, organizations like the Chicago International Film Festival, the Chicago Humanities Festival and the Lyric Opera are presenting some of their programming online.