The best Chicago theater of 2015

The best of this year in Chicago theater was defined by great characters. Some were fictional but richly drawn, like the recently deceased Canadian teenagers of the unexpected favorite Ride the Cyclone. Some were historical figures seen through a redefining lens: See Marie Antoinette as runway queen, or Abraham Lincoln as gay icon. Still others were based on actual residents of our city, neighbors whose stories were given compelling theatrical voice.

Omitting two top-notch remounts from 2014 (thanks for the second rounds of All Our Tragic and Stupid Fucking Bird) and the most tickling touring shows (shoutout to A Gentleman's Guide to Love and Murder), read on for the best new productions Chicago's thriving theater scene offered up in 2015—then check out our current critics' picks. 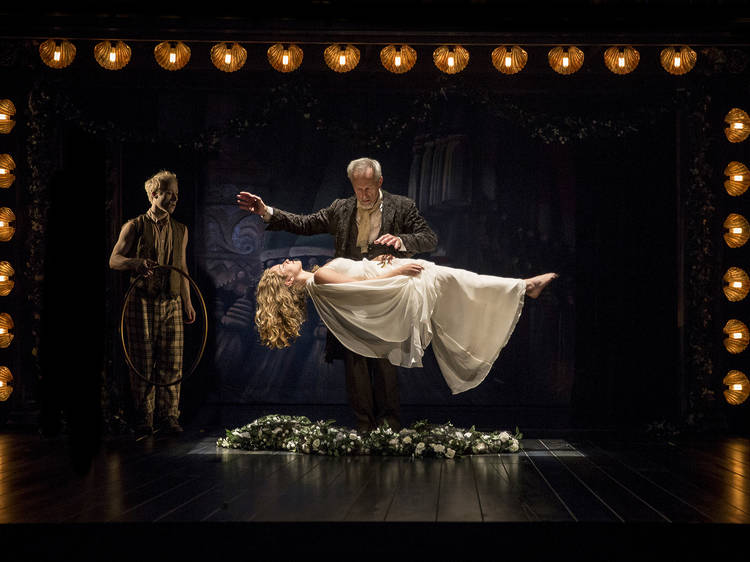 This gussied-up Tempest might have sounded like a gimmick, laden with vaudeville-style magic tricks by Teller (of Penn &), choreography by pretzel-style movement troupe Pilobolus, and soundtracked with Tom Waits tunes. But the magic was real: Teller and his fellow adapter-director Aaron Posner used their illusions to enhance, not obfuscate. And Larry Yando's Prospero, garbed in a weatherbeaten showman's tux, conjured deeply moving emotional truths.
Read more 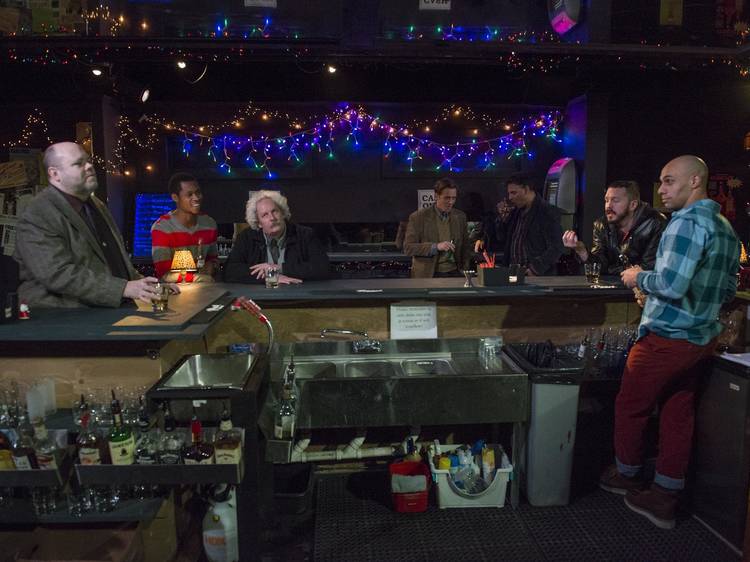 A Red Orchid Theatre put us behind the bar for Grant James Varjas's portrait of a dingy gay watering hole and its regulars, which slowly revealed itself as a gripping study of grief. Shade Murray's production featured a smartly disheveled set by John Holt, as well as some of the year's best ensemble acting by an all-male cast that included the likes of Troy West, Steve Haggard and Doug Vickers.
Read more
Advertising 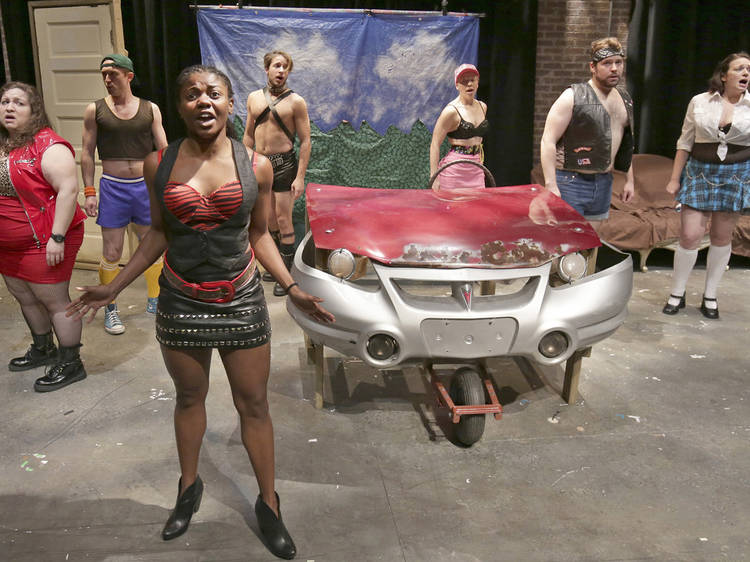 Anne Washburn's slyly smart play with music posits a post-apocalyptic world in which the plot of a classic Simpsons episode maybe becomes, over generations, a society's guiding myth. The 2012 work made its Chicago debut in a pitch-perfect Theater Wit staging, with each of Washburn's three acts richly rendered by director Jeremy Wechsler, a fine young cast and a crack design team. Mr. Burns crackled with electric inventiveness, no d'ohs about it.
Read more

The Gift Theatre was given the gift of premiering a new play by 75-year-old Tony winner David Rabe, and the company more than did justice to this three-hour meditation on mental healthcare. In a kind of Our Town of psychotherapy, therapist Robert (John Gawlik) and his colleague Evangeline (Lynda Newton) treat a wide array of patients while occasionally betraying their impatience. With 15 characters going through troubles both traumatic and trifling, it was almost too much to take. But that may be Rabe's point: Heroic professionals like these endure the unimaginable.
Read more
Advertising 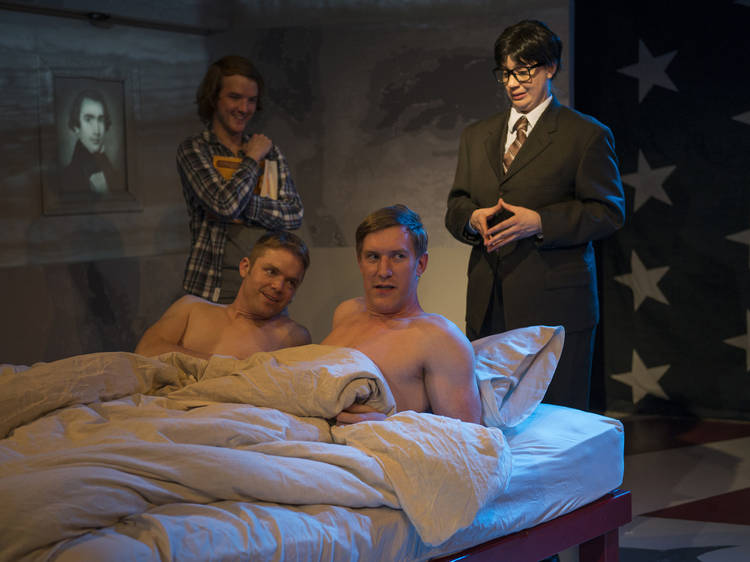 6. Abraham Lincoln Was a F*gg*t 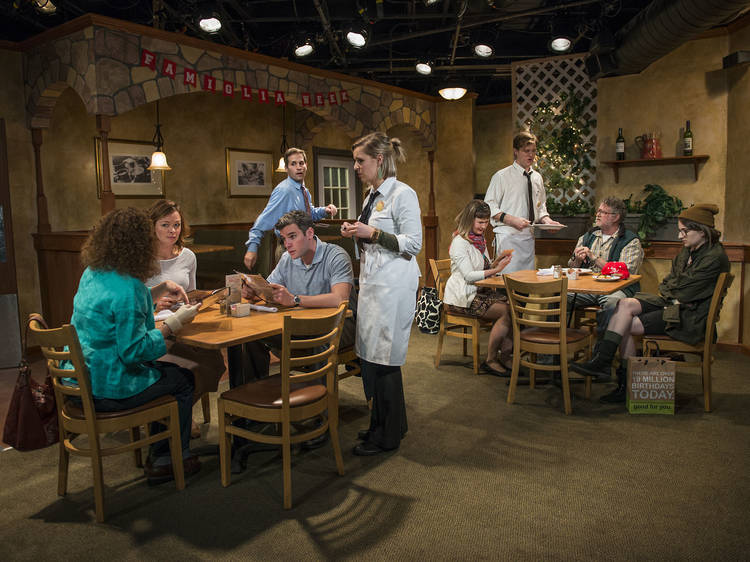 Samuel D. Hunter's quietly heartbreaking portrait of a dying chain restaurant in a dying town, seen here in a stunningly detailed Griffin Theatre production directed by Jonathan Berry (who helmed an equally superb Balm in Gilead earlier this year), captured the kind of devastating loneliness that can be amplified, rather than assuaged, by the presence of family. As a restaurant manager desperately trying to keep his store afloat and his feelings tamped down, Michael McKeogh gave one of the year's most nuanced performances.
Read more
Advertising 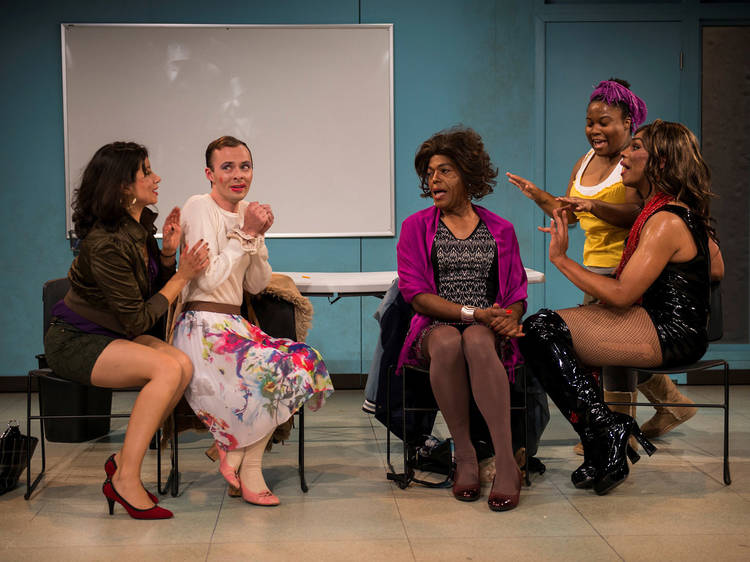 Inspired by the real-life work of Gloria Allen at the Center on Halsted, Philip Dawkins's portrait of trans teacher Mama Darleena (the regal Dexter Zollicoffer) and her etiquette class filled with troubled LGBT pupils depicted a multiplicity of perspectives without ever feeling preachy. Skokie's Northlight Theatre and director BJ Jones smartly brought this production into the city, where the audience that needed it could find it. Charm did just like Miss Darleena: Educated with empathy.
Read more 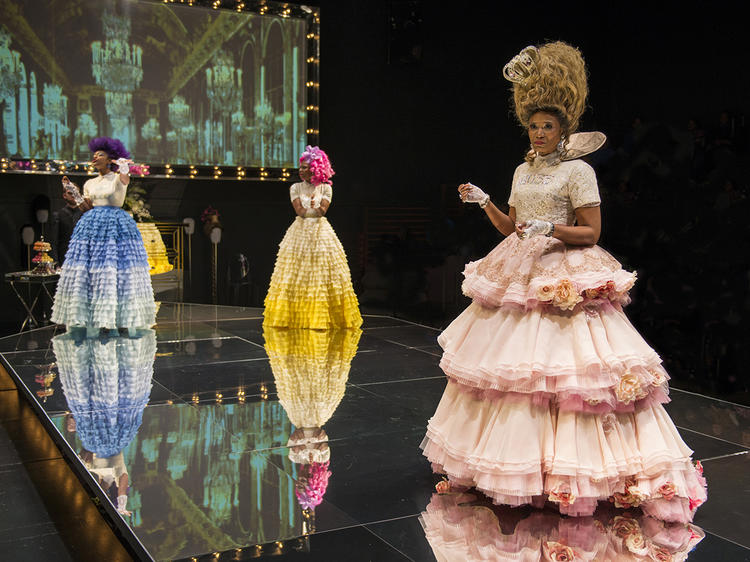 Playwright David Adjmi's overdue Chicago debut came via director Robert O'Hara's stunning, stylish staging of Adjmi's gleefully out-of-time take on the teen queen, played with command and charm by Alana Arenas. The production felt like a bit of a departure for Steppenwolf, to which we say: More departures like this, please.
Read more
Advertising 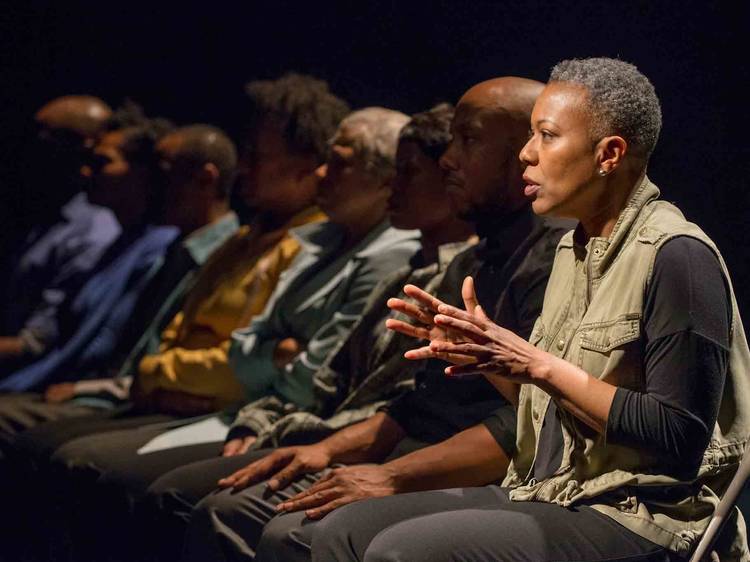 The culmination of years of research and interviews by writer-director PJ Paparelli and co-writer Joshua Jaeger, American Theater Company's The Project(s) was an incisive documentary-style look at the high-rise and fall of the Chicago Housing Authority's failed facilities. By giving voice to a range of residents in addition to academics, bureaucrats and politicians, the play offered a compelling, bar-less window into its subject's histories, both personal and political. That it would be Paparelli's final project—ATC's artistic director was killed in a car accident at age 40 just weeks after the show opened—only makes The Project(s) more poignant.
Read more 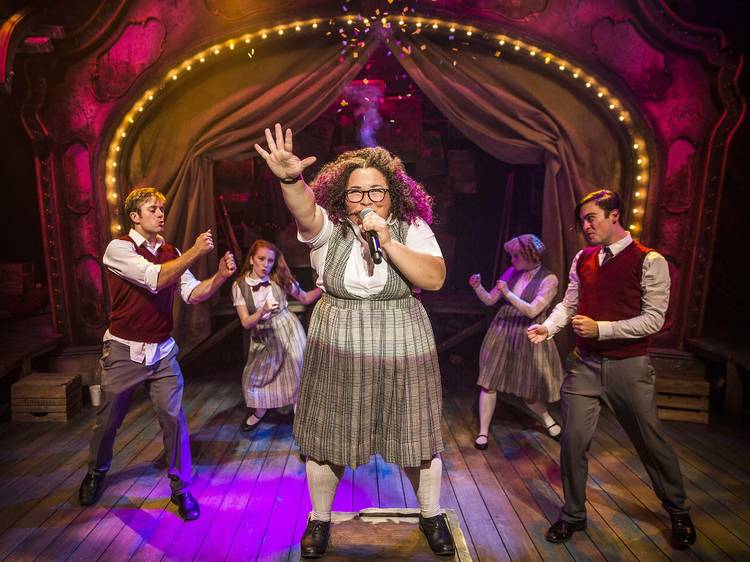 This delightful Canadian surprise, imported by Chicago Shakespeare Theater, is awfully high concept. By which we mean, writers Jacob Richmond and Brooke Maxwell could very well have been high when they came up with it. But the story of six Saskatchewan teens, killed in an accident on the titular roller coaster, revealing their deepest hopes and dreams to determine which one gets to return to the living was as affecting as it was outré. The smashing score of pop pastiche numbers, under the musical direction of the impeccable Doug Peck, was filled with eccentric glee. Like an unforeseen squall, Cyclone blew us away.
Read more