As arrow straight as can be, as well as narrow and high-sided for much of its length the Roman thoroughfare of Decumanus is the spine of Poreč, packed to the gills in summer. Laid out east-west under Emperor Augustus in the first century AD, Decumanus runs from modern Trg Slobode to the former Roman forum of Trg Marafor, a distance of some 350-400 metres. As well as far too many ice-cream parlours and souvenir shops, Decumanus is dotted with several historical curiosities, starting with medieval Peterokutna kula and its tower-top restaurant. Further along is the City Museum, with the atmospheric courtyard bar Lapidarium alongside. You then hit the major crossroads of Cardo Maximus, the north-south Roman thoroughfare, with the Gothic-tinged Zuccato Palace gallery on the corner, before passing the stand-alone Romanesque House, mainly two-storey structure dating back to the 1200s. By now, the landscape is more open, with occasional green spaces either side and pretty Baroque buildings more prominent, former homes of Venetian and Habsburg merchants. At the end, Trg Marafor is somewhat underwhelming, its twin Roman temples little but ruins, though you can walk round them for a full view of the Adriatic seafront. 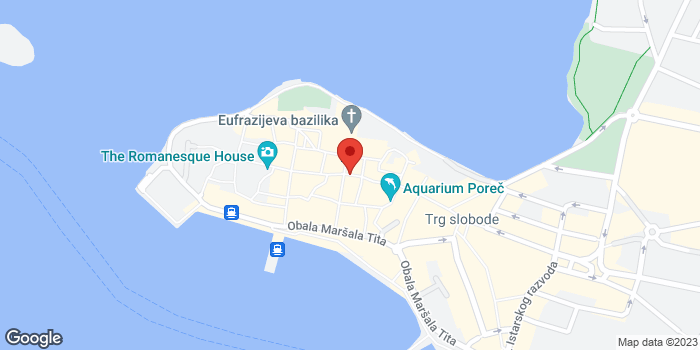