Poreč is something of a cross between Pula and Rovinj, although neither as street-smart nor as bohemian. It can be hard at first to recognise its true value. Hoards of visitors fill the treasured sixth-century Euphrasian Basilica, the ancient square built by Romans and the scores of restaurants, cafés and package hotels. 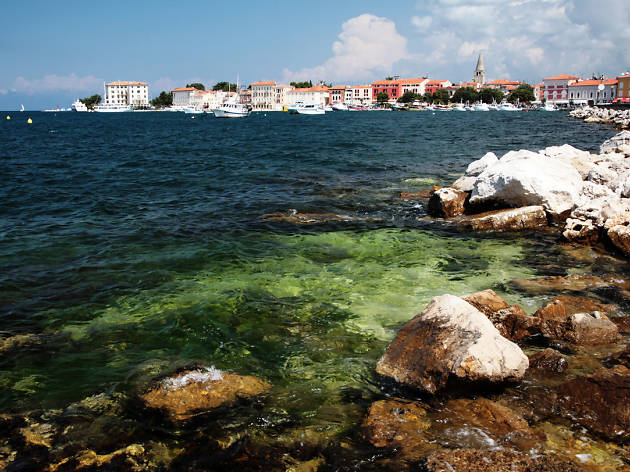 Poreč is something of a cross between Pula and Rovinj, although neither as street-smart nor as bohemian. It can be hard at first to recognise its true value. Hoards of visitors fill the treasured sixth-century Euphrasian Basilica, the ancient square built by Romans and the scores of restaurants, cafés and one-price-fits-all package hotels. One of the most important historic sights in Croatia, the Euphrasian Basilica & Bishop’s Palace was built in the sixth century by Bishop Euphrasius, a rare example of Byzantine art. Restaurant staff attempt to pull you in for a meal in the pedestrianised Old Town, and tacky souvenir shops cram the 2,000 year old stone-paved thoroughfare of Decumanus. But if you can see past the crowds, you can take in a lot of history. Decumanus, the square Trg Marafor, and the ruins of the temples of Neptune and Mars, are evidence of the Roman occupation. The harbour contains reminders of Venetian dominance until the 18th century, when Poreč was ruled by Napoleon and then the Habsburgs. The Venetians built a wall which stretched from the harbourside Round Tower, now hosting a bar, to the Pentagonal Tower, now a restaurant. The resort hotels are outside town, on a green strip where pine forests run up to the beach, Plava Laguna and Zelena Laguna, linked by an open-air tourist train. Festivals include the Valamar Jazz Festival in July with concerts in the Euphrasian Basilica and on the island of Sveti Nikola. 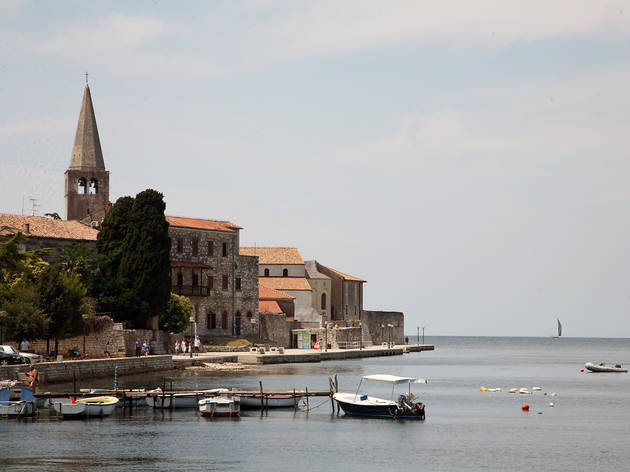 20 great things to do in Poreč

Halfway between Rovinj and Novigrad on Istria’s busy west coast, Poreč has long been given over to tourism, even before Croatia’s current boom. This doesn’t mean that this former Roman colony doesn’t have a history. Known to Italians – and the rest of the world until 1947 – as Parenzo, Poreč contains the Euphrasian Basilica, a 6th-century wonder of Byzantine architecture. The once uniform hotel stock has improved no end, though tourists strolling along focal historic Decumanus will still be pestered by restaurant barkers. RECOMMENDED: where to eat, sleep and drink in Poreč.

Where to eat and drink in Poreč... 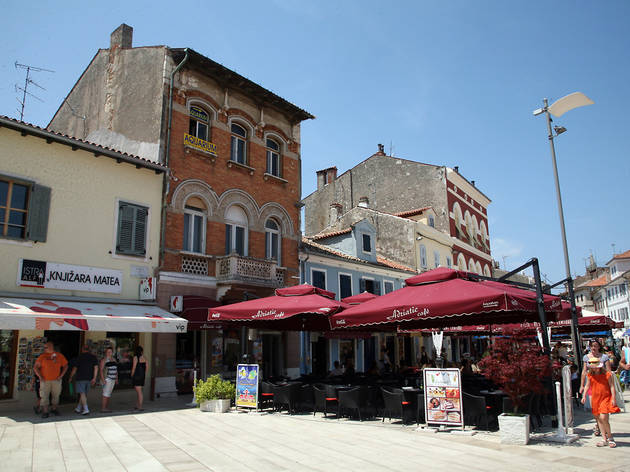 Poreč restaurants are found by the harbour, along Decumanus and on Trg Slobode and Trg Marafor. It’s a surprise there isn’t one outstanding restaurant, but most choices are likely to please, with outdoor seating and decent seafood options. Sveti Nikola might be the best table in town. 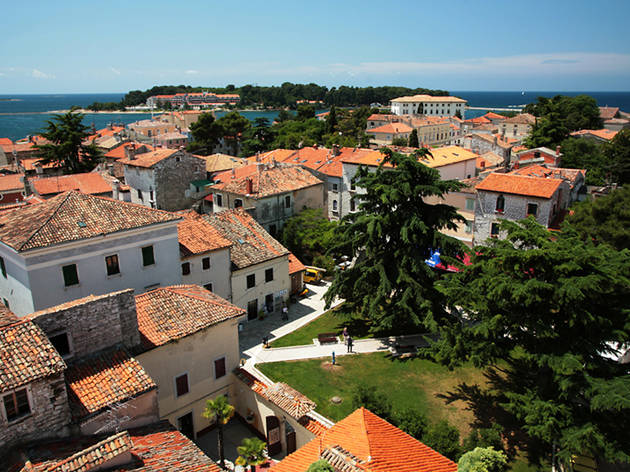 Trg Marafor has terrace cafés, and Harbourfront maršala Tita is another main bar hub. Thanks to a quality nightclub, Byblos, Poreč is bringing locals here rather than catering to mainstream tourists. The same team also runs the Paradiso Beach Bar, for pre-club or after-parties, depending on how you look at it – opening hours are 8am-8pm. Elsewhere, the discos can feel part of a package tour. You’ll be mingling with fellow tourists and some nights you may not find a crowd unless you bring your own.